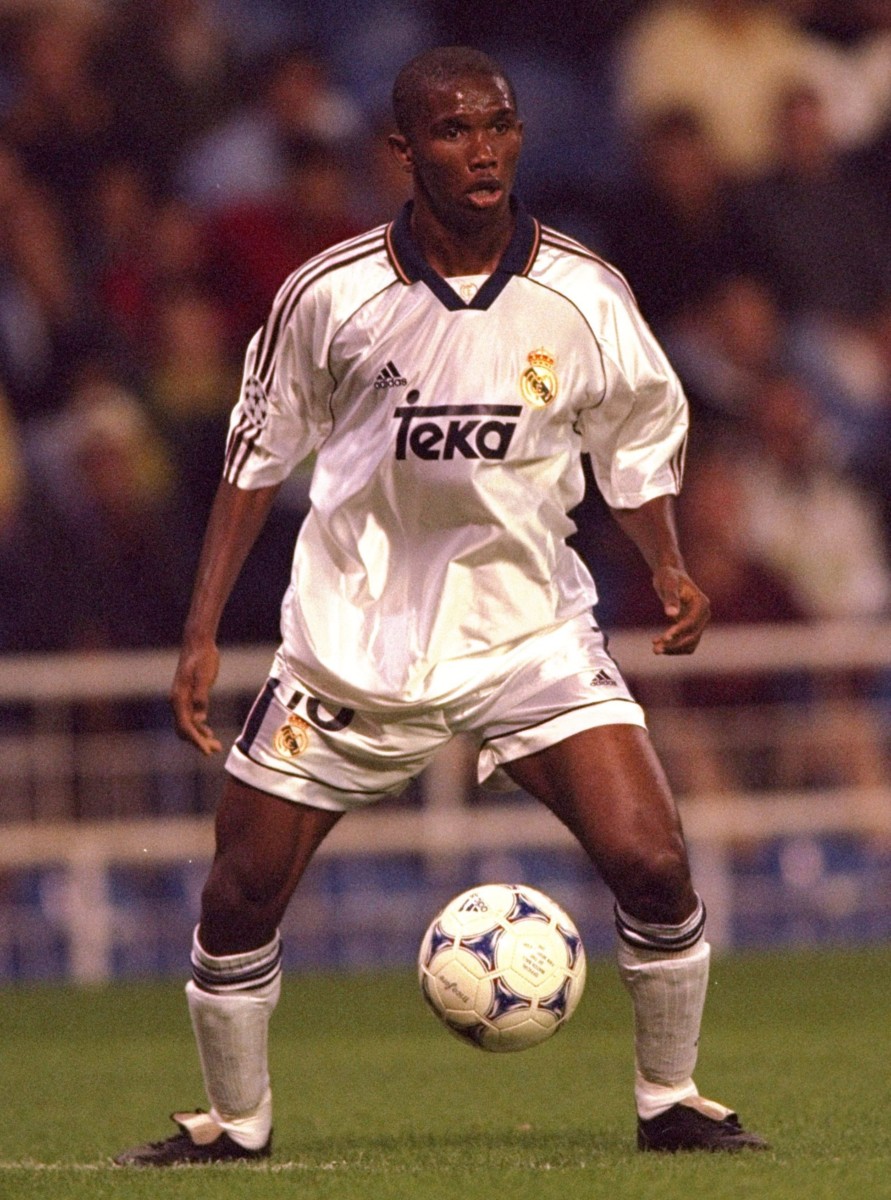 Right now, the focus for Real Madrid is on youth.

Los Blancos transfer policy in recent seasons has been to build for the future – assembling a crop of the finest young talents that one day might give them sustained glory for years to come.

But, there’s a flip side to that strategy.

These nine youngsters failed to make the grade at the Santiago Bernabeu, after offering so much promise early on.

And in this lot there’s a Barcelona legend, Spurs flop, and a current first team star at Manchester United – who kicks us off.

It was at Valencia where Mata made his name, before moving to the Premier League with Chelsea and then on to the Red Devils.

Originally a Real Oviedo youth product, Real pounced on the attacking midfielder when he was 15.

He played his way through the youth ranks to the second string, where he scored 10 goals in a team that was relegated from the Spanish second division.

Mata had a release clause in the final year of his contract that allowed him to talk to other clubs – and in 2007 he moved to Valencia. 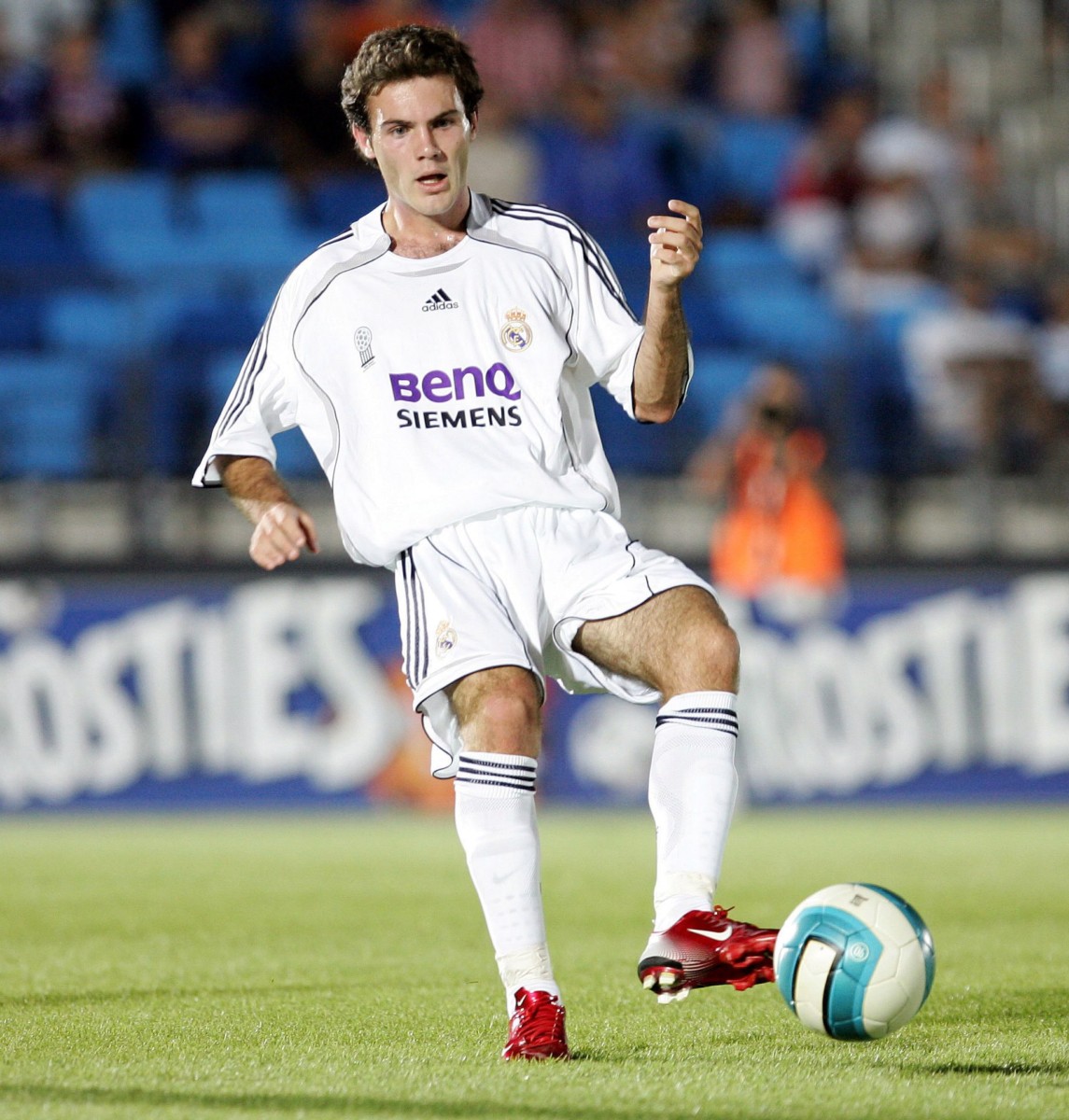 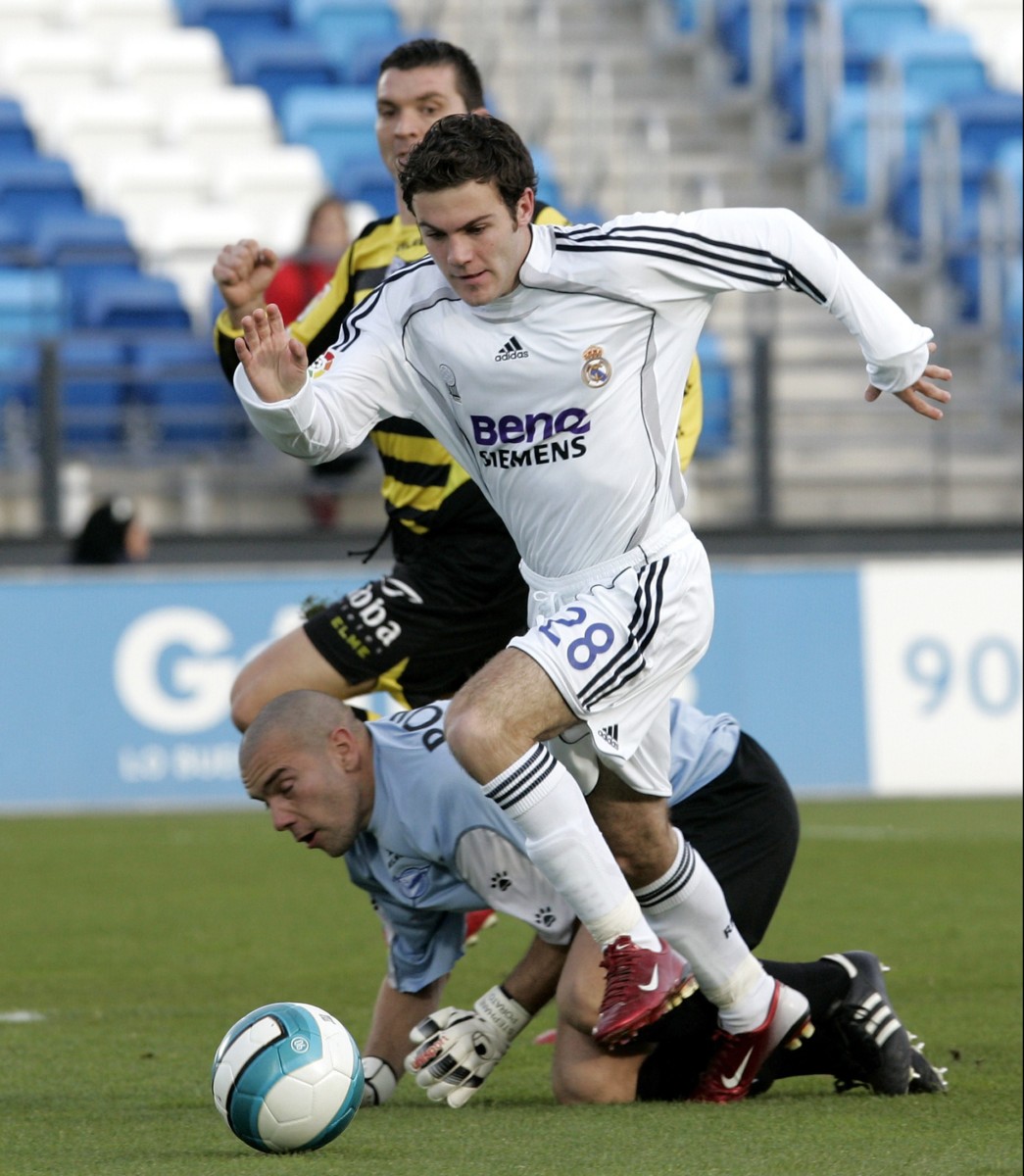 Here’s one that Real Madrid would’ve kicked themselves that it didn’t work out, especially given his record for their La Liga rivals Barça.

Cameroon legend Eto’o, now part-time singer, was on their books as a 16-year-old after moving from Kadji Sports Academy in his homeland.

He found his path to the first team blocked by the likes of Raul, Fernando Morientes and Ronaldo ahead of him in the pecking order.

Restricted to just seven appearances, where he failed to hit the back of the net, he moved to Mallorca permanently in 2000. 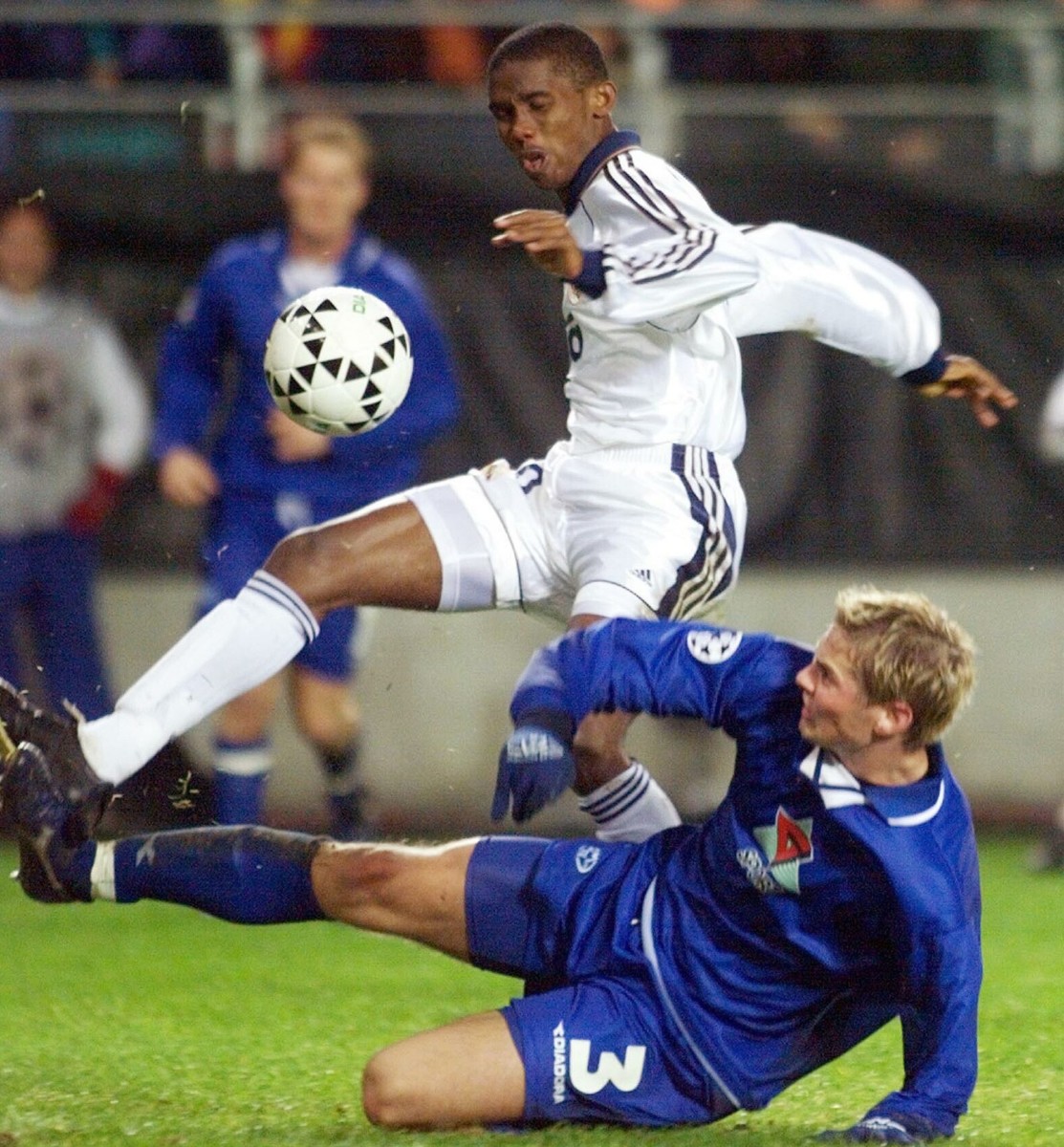 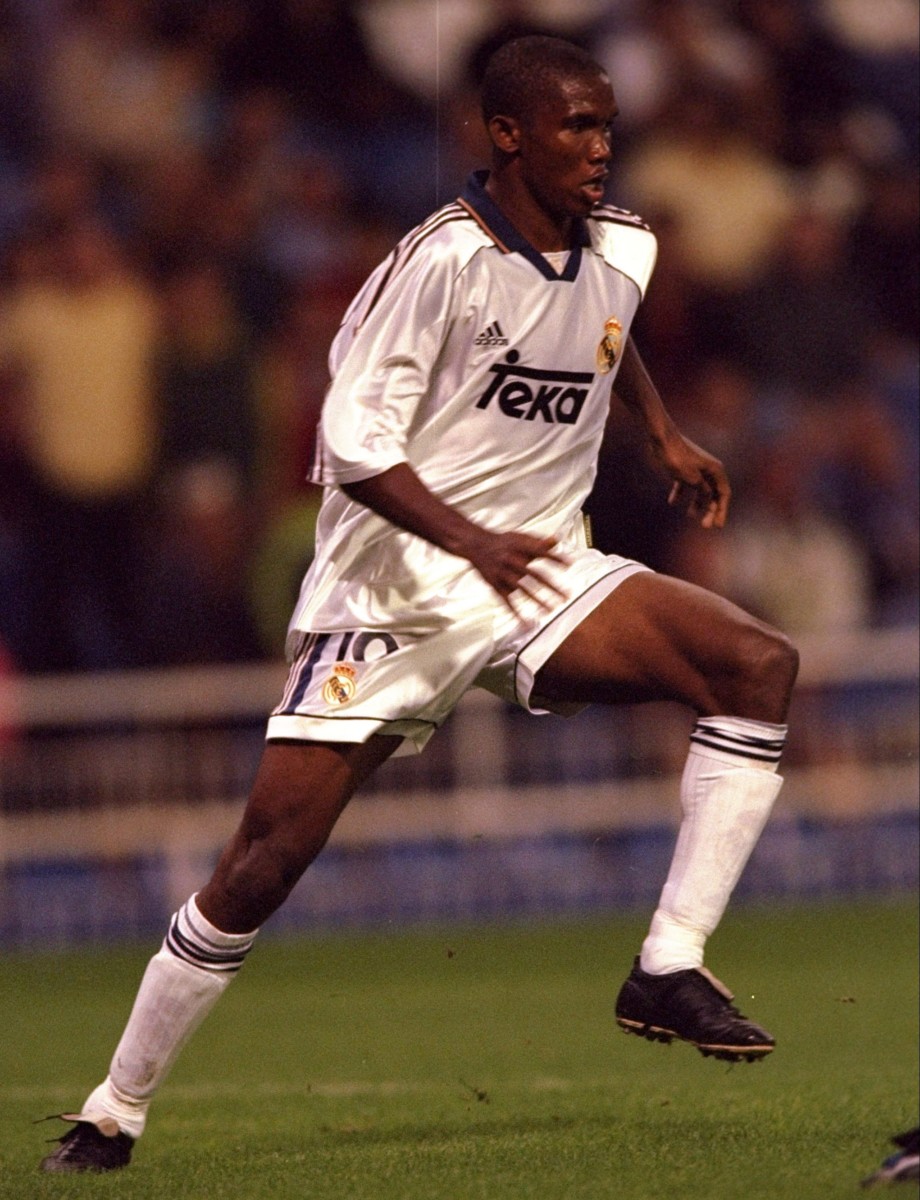 Liverpool’s Brazilian midfielder was once on the books at Real Madrid.

At 18, he was bought from Fluminense and given time to blossom in a B team that featured the likes of Alvaro Morata, Casemiro and Lucas Vazquez.

Then-manager Jose Mourinho gave Fabinho his debut for Real in 2013 – in a 6-2 rout of Malaga.

But when the Portuguese boss left he was loaned out to Monaco, before signing for the French club permanently. 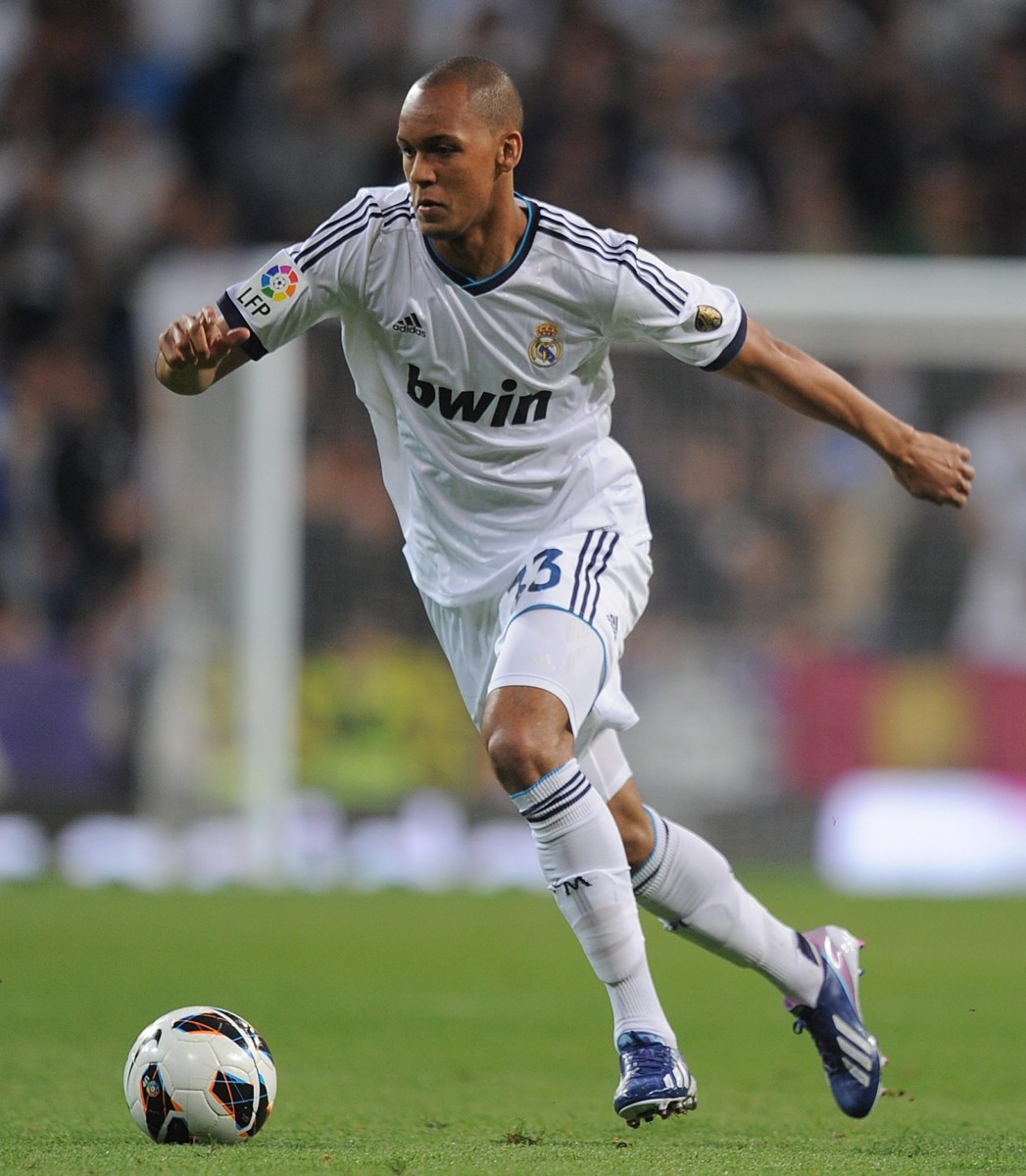 Fabinho was brought to Real Madrid at 18 by Jose Mourinho

Chelsea left-back Alonso was born in Madrid and joined La Fabrica as a kid.

He rose through the youth ranks, before he was handed his debut by Manuel Pellegrini in 2010.

But with chances hard to come by, Alonso moved to England – signing for Bolton Wanderers that same year.

He was sold to Fiorentina, also enjoying a loan spell at Sunderland, and then joined the West London outfit. 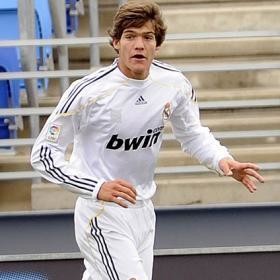 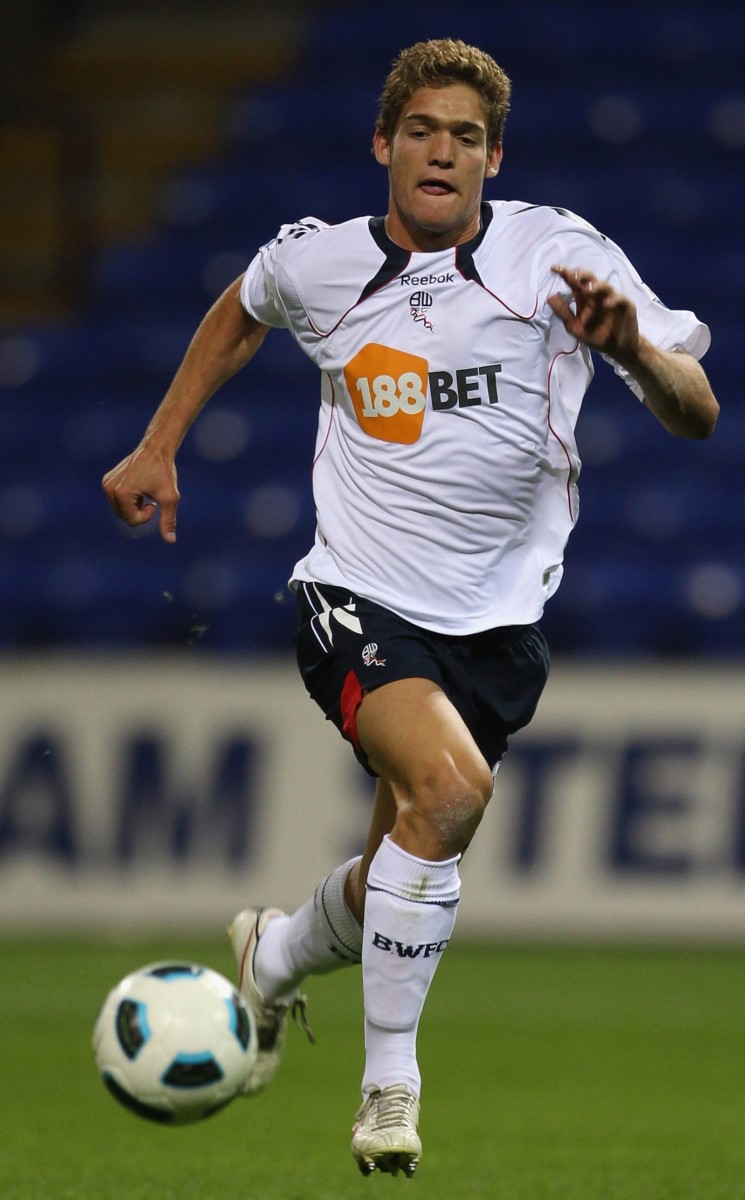 Born in Valencia, who he would later go on to star for, Soldado joined Real Madrid at 15.

The striker was prolific for Real Madrid’s B team – scoring 63 goals in 120 games, but he couldn’t replicate that form in the first team.

He played just 19 times in the four years he was there – finding the net four times until he was sold by Fabio Capello.

Soldado would famously turn up at Spurs for £26million – and flop miserably. 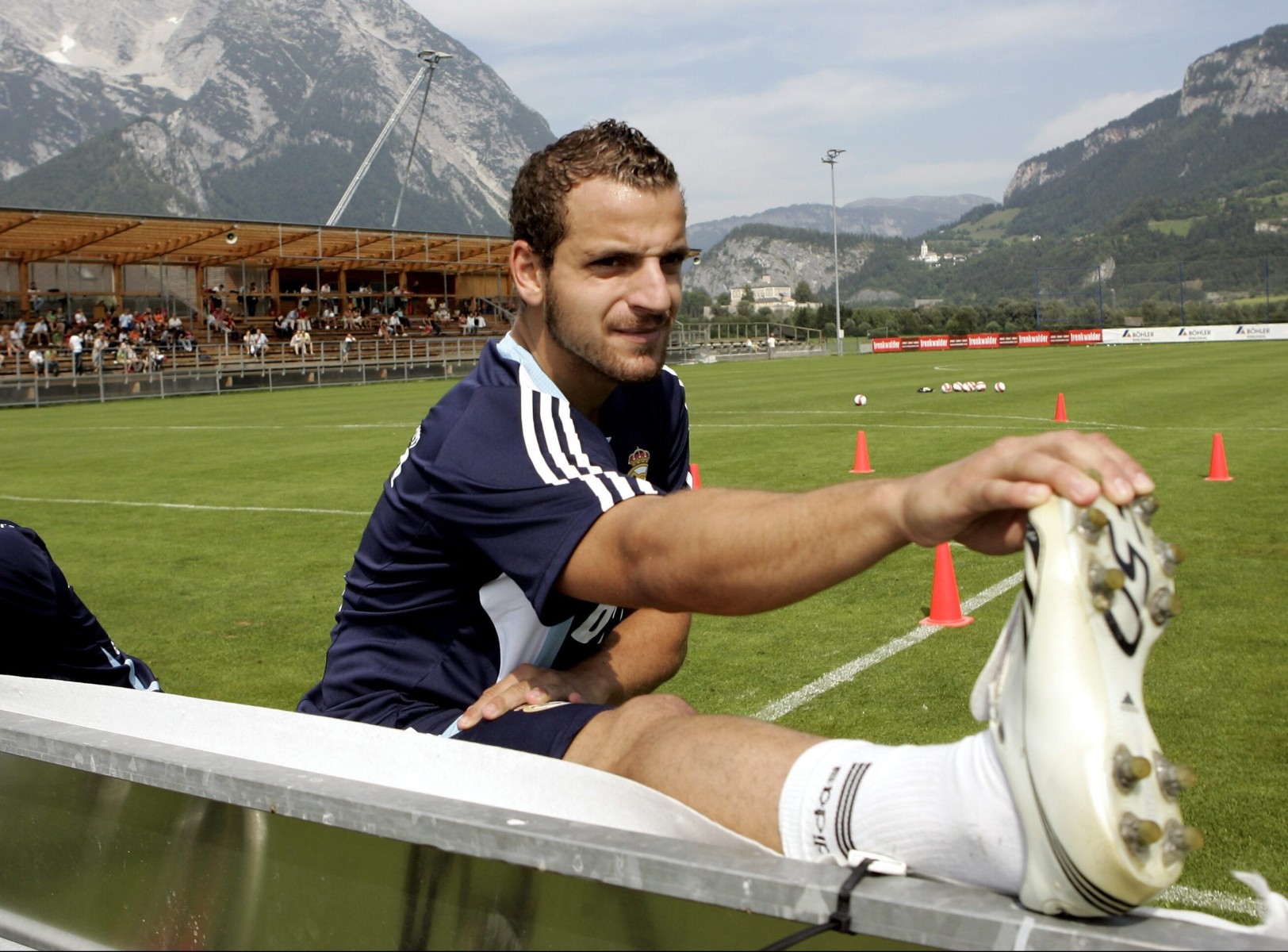 Roberto Soldado was prolific for Real Madrid’s B team 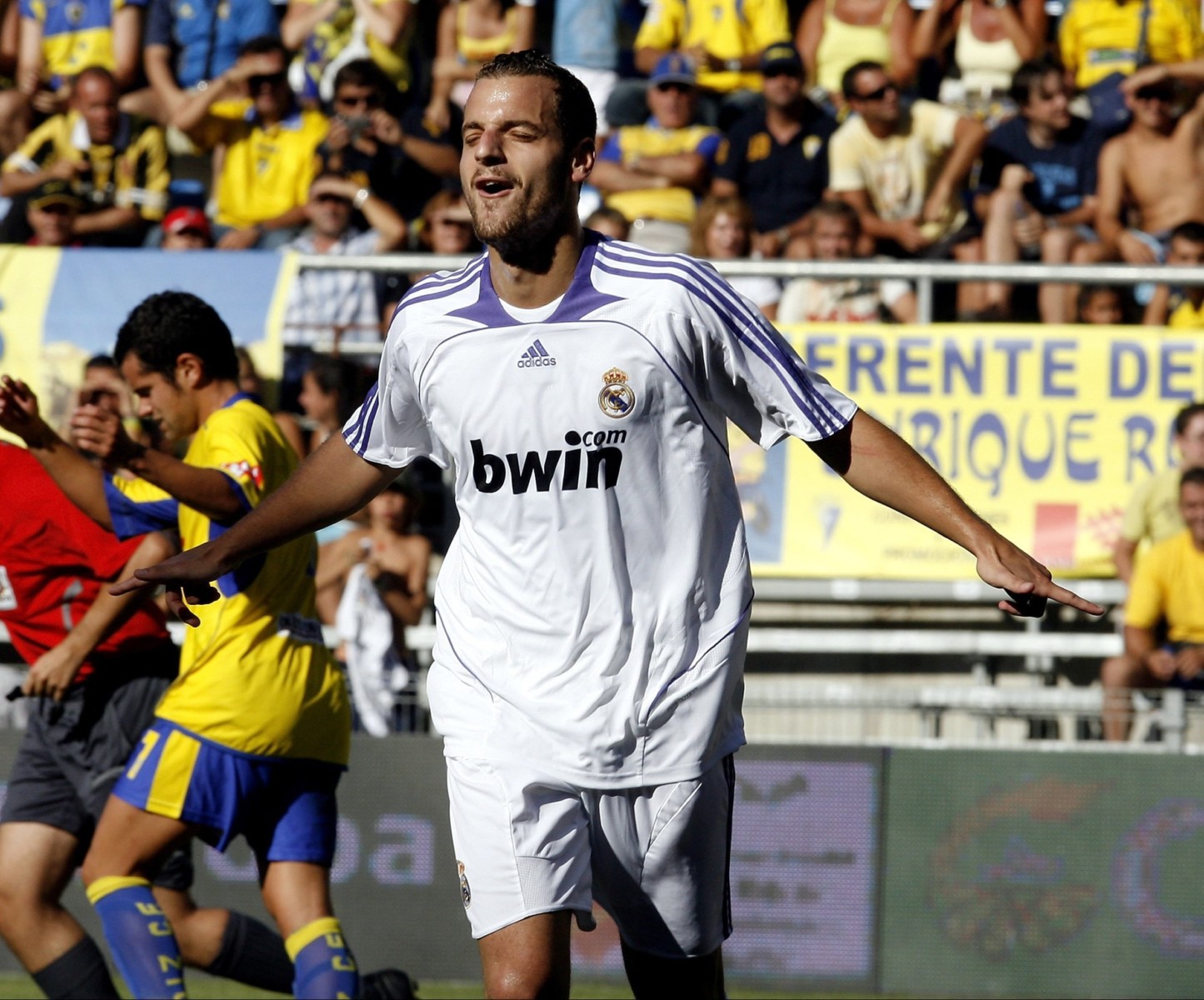 Soldado couldn’t replicate that form with the first team

The former Manchester City striker started his career at Rayo Vallecano and moved to Real Madrid Castilla in 2005.

He managed to impress then boss Capello and was called up to a few games in the Copa Del Rey, but was an unused substitute.

Negredo was sold to Almeria with an option for Real Madrid to buy him back, and after 32 goals in two seasons they did just that – but guess what? He never got a game then either and joined Sevilla the same year. 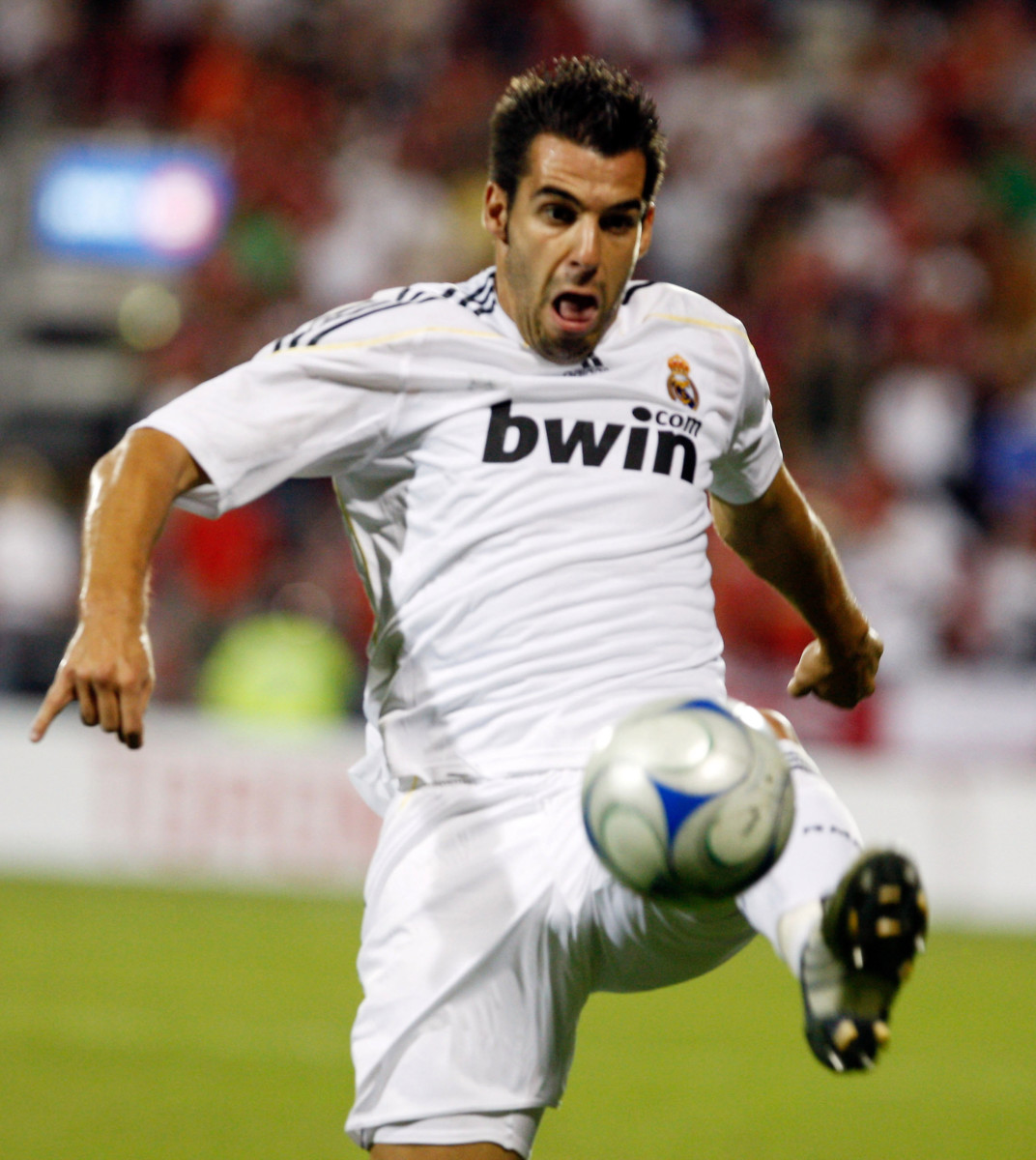 Before Alvaro Negredo signed for Man City, he was a Real Madrid youngster

Canizares went on to become a Valencia legend, representing Spain 46 times between 1993-2006.

But before he found fame elsewhere, he was guarding the sticks with Real Madrid C from 1988.

The 5ft 11in stopper was loaned out three times, most memorably to Celta Vigo – where he gained La Liga experience.

However, he was unable to dislodge German World Cup-winner Bodo Illgner as No1 and was eventually sold to Valencia in 1998 – after spending 13 years with the club. 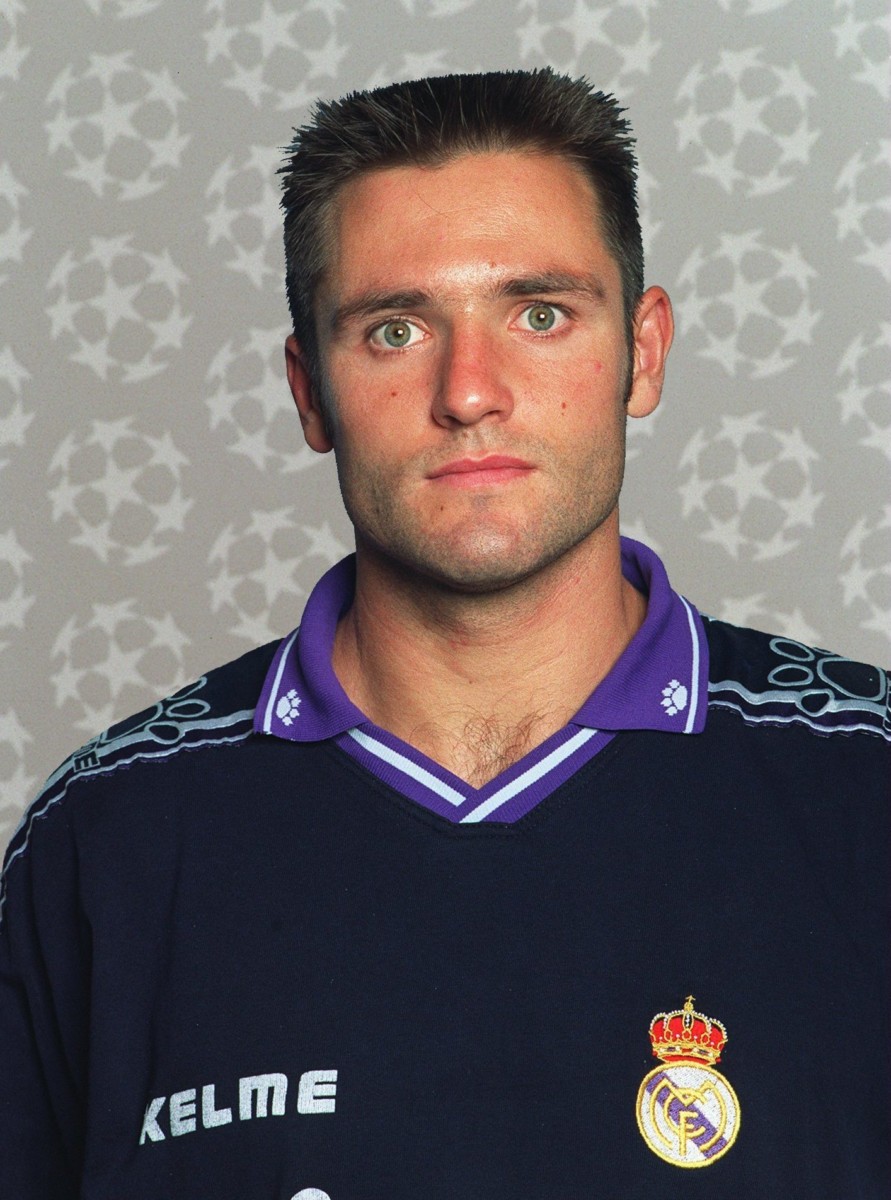 Newcastle and Stoke City fans will be familiar with the Spanish centre forward, who struggled to find any sort of rhythm in front of goal in English football.

But in Spain he was a goalscoring machine at youth level, initially with Celta, before Real Madrid swooped when he was 18.

With Cristiano Ronaldo and Karim Benzema blocking his path for the first team, he moved to Hoffenheim in 2012. 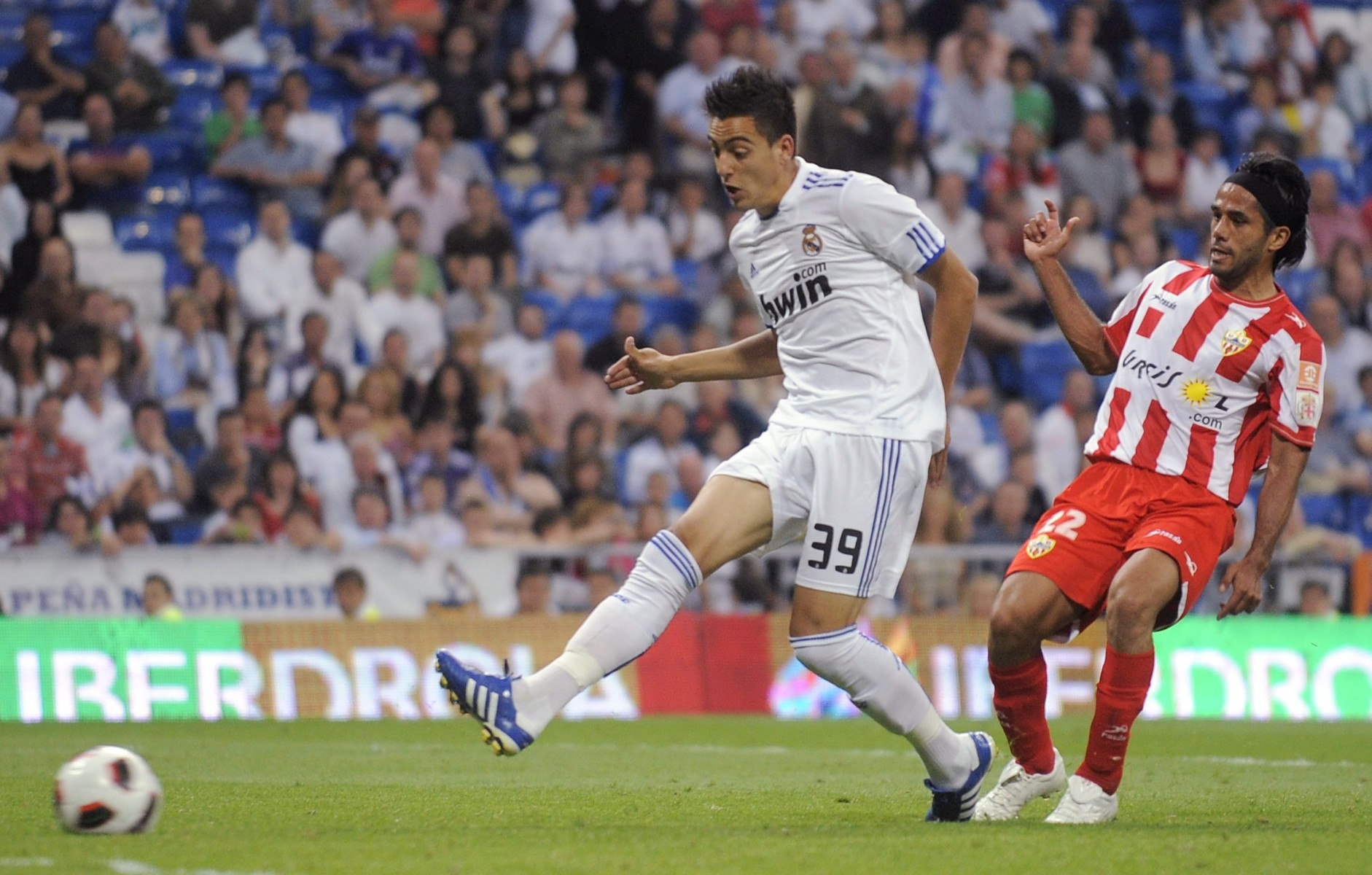 Joselu was a goalscoring phenomenon at youth level

Compared to Robin Van Persie and labelled a wonderkid by his coaches, Harper was born in Malaga to Scottish parents and touted as the next big thing.

He signed for Real Madrid on an initial 12-month contract at the age of 13 – living at the club’s training ground.

Three years later he was handed a five-year contract, which was extended by another two years in 2014.

However, after the club said they wanted to loan him out when he was 18 – he decided to leave, joining Brighton.

There, he suffered a knee injury that kept him out of the game for six months.

He’s currently on the books of Getafe. 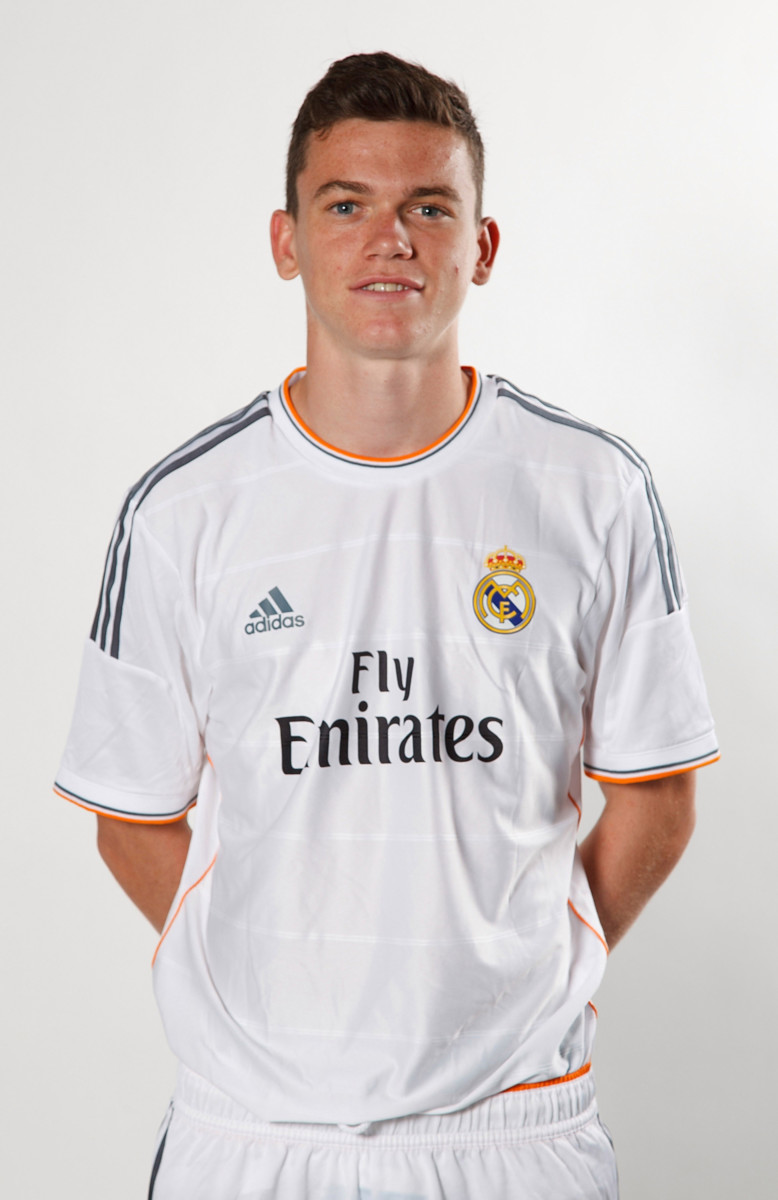