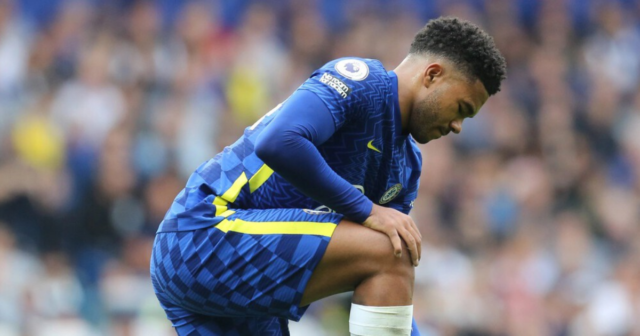 REECE JAMES is targeting Chelsea’s next league game to make his long-awaited return to action.

The right-back has been out of action since late December after suffering a hamstring injury against Brighton.

A heavy bout of flu then delayed the England international’s recovery further.

But the 22-year-old is nearing full fitness and reckons he’ll be ready for the trip to Crystal Palace a week on Saturday.

James has been hard at work out in Abu Dhabi as his Blues team-mates compete there in the Club World Cup.

A return for the final against Palmeiras tomorrow looks set to be a bridge too far.

But the flying full-back did give fans a glimpse of the lengths he’s going to in order to be fit to face Palace.

He shared a snap of himself on his Instagram account sweating buckets after training in 25C heat.

And he captioned it: “Another session… One step closer.”

Chelsea have been feeling the effects of losing James and his England team-mate Ben Chilwell on the flanks.

Left-back Chilwell is out for the season with a serious knee injury picked up against Juventus in November.

Both will be desperate to be fit for Gareth Southgate’s Three Lions squad for this year’s Qatar World Cup.

Did you miss our previous article…
https://www.sportingexcitement.com/football/premier-league/hes-great-and-hes-french-man-utd-manager-target-pochettino-reacts-after-zidane-is-linked-with-replacing-him-at-psg