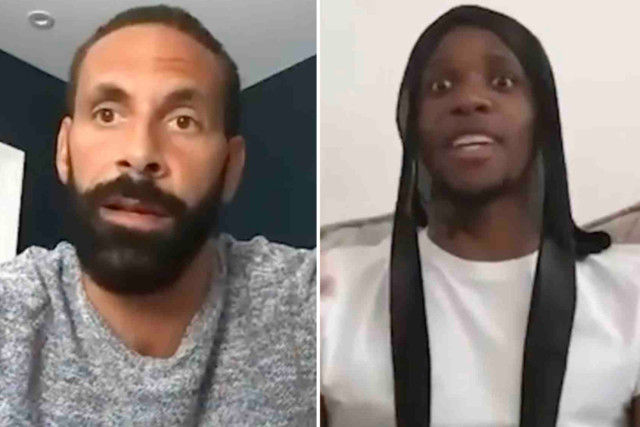 RIO FERDINAND claims Manchester United “mishandled” Wilfried Zaha – and that he himself was partly to blame.

Just been reading all the comments from “The Locker Room” chat

Thanks to every1 getting involved! @wilfriedzaha was mishandled by #MUFC I believe… altho the club had started a big transition & as a Snr player I should of done more to help him!

But he struggled after making his debut under David Moyes and was sold back to Palace for just £3.4m in 2015.

Part of the reason for Zaha’s failure was the speculation surrounding him and Moyes’ daughter Lauren.

Zaha claims he was given no advice from the club on how to deal with this, prompting him to take to Twitter to deny the rumours.

But it was in a follow-up tweet that Ferdinand said he should have been there to guide Zaha.

He tweeted: “Wilfried Zaha was mishandled by #MUFC I believe… although the club had started a big transition & as a Snr player I should of done more to help him!”

And a number of fans seemed to agree with Ferdinand.

One wrote: “Wow… Well done, Rio. Admitting responsibility in a matter as this is very rare for senior players like you. I agree with you that Zaha wasn’t well handled at Utd.”

And another posted: “Big of you to say so Rio.”

Zaha, who was since been linked with a return to Old Trafford as well as a move to Newcastle, hit out at United for their lack of support during his time at the club. 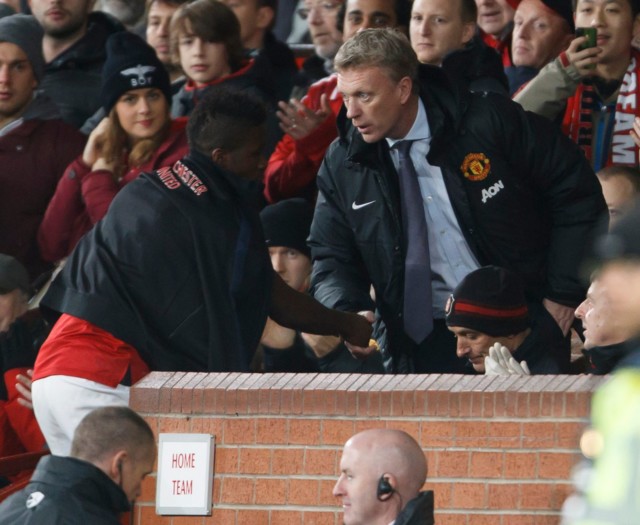 Zaha failed to hit the heights expected of him at Utd

He said: “No one at the club at all told me anything, I didn’t know what to do whatsoever.

“I’m here by myself, struggling because people are telling me I’ve slept with the manager’s daughter and that’s why you’re not playing me.

“The funny thing is, it’s carried on for so long I felt like, is the manager not going to come and have a word with me over this?

“That’s how I felt and I’m thinking this is ridiculous man. Up to this day I still get people that think that’s true and I’ve never even met his daughter.

“It was stressful. I’m 19, I’m living in Manchester and all of a sudden we come back from a tour and I’m not playing for no reason so obviously [people] are going to make up rumours.

“I’m in Manchester where I’m by myself, and I’m not playing on top of that, so it’s stressful enough to have a rumour.

“People came out with it, I see it trending on Twitter, people came out with how can he play so well on tour then just be dashed out like that with nothing, no one telling us anything – he must have slept with the manager’s daughter.

Did you miss our previous article…
https://www.sportingexcitement.com/football/premier-league/ex-liverpool-star-emre-can-tells-jadon-sancho-to-grow-up-after-lashing-out-at-bundesliga-for-8000-hair-cut-fine