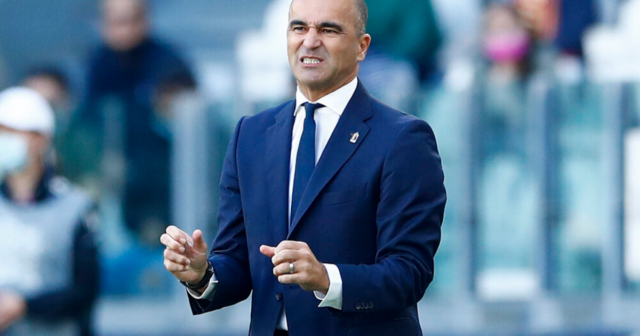 FORMER EVERTON boss Roberto Martinez is interested in returning to the Premier League to manage Newcastle, according to reports.

Should the Spaniard return to England to manage the Magpies, he’d be reunited with ex-Belgium assistant Graeme Jones.

According to The Guardian, Belgium boss Martinez is open to replacing Steve Bruce – who was sacked yesterday – as Newcastle manager.

But there’s a host of names being looked at, including former Chelsea boss Frank Lampard.

Rangers boss Steven Gerrard is also being linked with a move to Newcastle.

Former Borussia Dortmund manager Lucien Favre is also one of the names in the running for the job.

Favre almost came to the Premier League in the summer to manage Crystal Palace.

Paulo Fonseca – who was the frontrunner for the Tottenham job in the summer before the plug was pulled on the deal – has emerged as one of the favourites for the job.

The out of work 48-year-old is believed to be keen on working with the Saudi owners.

Amanda Staveley is said to be keen on Fonseca.

Sacked Bruce has hinted Newcastle may be his last job in management as it has effected his family.

He told the Telegraph: “I think this might be my last job. It’s not just about me; it’s taken its toll on my whole family because they are all Geordies and I can’t ignore that.

“They have been worried about me… especially my wife Jan. I’m 60-years-old and I don’t know if I want to put her through it again.

“We’ve got a good life so, yeah, this will probably be me done as a manager – until I get a phone call from a chairman somewhere asking if I can give them a hand. Never say never, I’ve learnt that.

“By the time I got to Newcastle, I thought I could handle everything thrown at me but it has been very, very tough.

“To never really be wanted, to feel that people wanted me to fail, to read people constantly saying I would fail, that I was useless, a fat waste of space, a stupid, tactically inept cabbage head or whatever.

“And it was from day one.

“When we were doing ok results wise, it was ‘yeah but the style of football is rubbish’ or I was just ‘lucky’.

“It was ridiculous and persistent, even when the results were good.”

Jones will take charge of Newcastle for their trip to Crystal Palace on Saturday after being named interim boss.

Did you miss our previous article…
https://www.sportingexcitement.com/football/premier-league/two-words-viva-ronaldo-goodnight-fans-mute-bt-sport-over-robbie-savages-embarrassing-punditry-in-man-utd-win