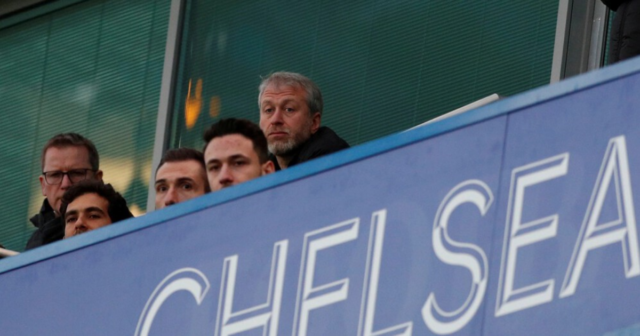 ROMAN ABRAMOVICH attended his first Chelsea game at Stamford Bridge for over THREE YEARS during the draw against Manchester United.

The Russian billionaire’s prolonged absence from West London has been due to visa complications.

But the Chelsea owner is claimed to have been at Stamford Bridge for the 1-1 draw with Man Utd having missed the win over Juventus.

Abramovich was in London last week continuing to support the charity work campaigning against antisemitism.

However, the Blues chief did so as an Israeli citizen and therefore not on a visa.

Abramovich did not attend the 4-0 thumping of Juve as he had to fly to Moscow for a charity event.

And The Telegraph now claim the Russian WAS at Stamford Bridge for the frustrating 1-1 draw with United, despite not being picked up by TV cameras.

Despite not attending any home matches since 2018 due to his visa application being delayed – leading to him withdrawing it – Abramovich has seen the team he bought in 2003 play outside of the UK.

Abramovich was then in Porto in May 2021 to see Thomas Tuchel’s side beat Manchester City in the Champions League final.

The oligarch also watched the Women’s Champions League final as Chelsea took on Barcelona in Sweden earlier in May – a crushing 4-0 defeat.

Last week, Blues boss Thomas Tuchel revealed he had NOT yet met Abramovich.

Ahead of the game with Juventus, the German claimed: “First of all I don’t know if he is in London and will be tomorrow.

“That maybe answers the question as to whether I met him. No.

“He wants to know everything about it, about what is going on here in Cobham [Chelsea’s training ground].”