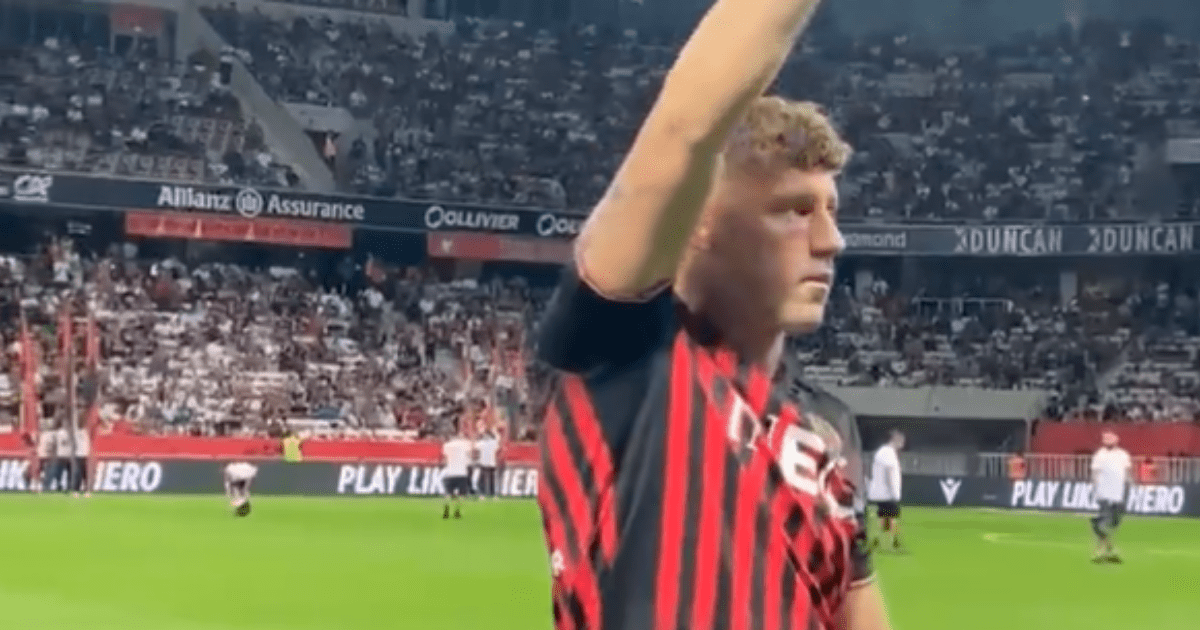 The midfielder made the shock free transfer last week after ripping up his £110,000-a-week Chelsea contract.

Ross Barkley waves to Nice fans during his presentation

And it was thanks to the French club’s summer spree – which saw the likes of Aaron Ramsey, Kasper Schmeichel and Nicolas Pepe arrive – that he made the move.

Barkley, 28, said: “Nice is an ambitious club. President Rivere and Dave Brailsford explained to me the club’s project for growth over several years.

“Jim Ratcliffe also convinced me to come here and help the team progress.

“What also convinced me to come was the coach. He is a great European coach, who plays attacking football.

“I was able to see him in his teams in Switzerland or Germany, I saw the way his teams played and that is something that guided my choice a lot.”

“An ambitious club that I’m excited and grateful to be a part of. Loved the first few days of training and looking forward to the games ahead. #IssaNissa
”

Manager Lucien Favre admitted he had no idea what Barkley’s position was.

But the former England ace has given him a helping hand.

He said: “I am an attacking player, I like to help by scoring or passing, but I also like to track back to defend.

Barkley, who said he feels in “very good physical condition”, is in contention to make his debut against Ajaccio on Sunday.