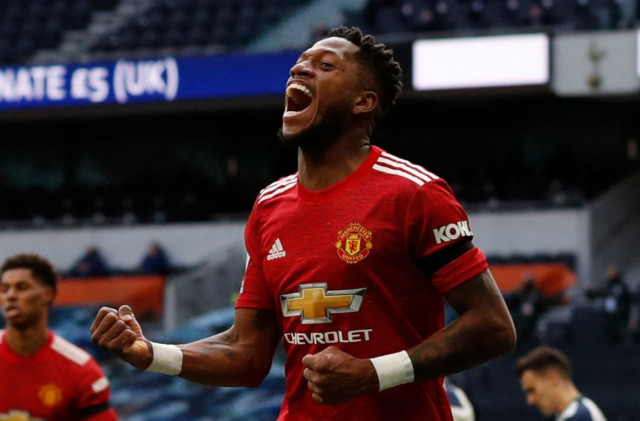 ROY KEANE was less than impressed with Fred’s performance against Tottenham on Sunday, despite a rare goal for the Brazilian.

With Manchester United a goal down in North London, the midfielder popped up to poke home a rebound for the leveller.

It was his first Premier League goal in over two years, having last scored against Wolves in September 2018.

Since then, Fred, 28, had fired off 73 shots to no avail but could hardly have missed Sunday’s open goal.

Yet United legend Keane felt he was likely to MISS the opportunity, and credited everyone but Fred for the goal as Edinson Cavani, Bruno Fernandes, and weak Spurs defending played a role.

The 49-year-old told Sky Sports: “Just as well Fred scored – I thought he was dreadful.

“I don’t know what people are talking about, saying he played well. I thought he was dreadful.

“But again good link-up play from United – what they’re good at. Quick play. One-two in and around the box. Poor defending from Tottenham and Fred on the spot.

Man Utd get their equaliser and it's Fred, this one stands!

“I thought he was even going to miss, but lovely movement from United.

“Keeper maybe could have done better, defenders with their hands up in the air. Slow.

“But just good movement from Cavani, lovely goal and United never looked back after this.”

The stats suggested Fred was a key player in the 3-1 win for the Red Devils.

He provided the most passes (73), passes in the opposition half (43) and touches (96) of any player on the pitch, as well as the goal. 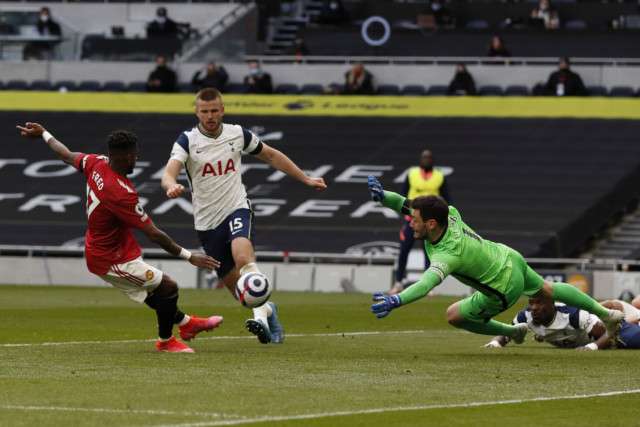 Cavani and Mason Greenwood completed the comeback to secure the points.

Before the game, Keane took aim at Tottenham as ‘soft’ and clashed with fellow pundit Jamie Redknapp on the state of the club.

And the Irishman didn’t even spare Jesse Lingard from his trademark criticism.

After the loanee’s brace against Leicester, Keane hilariously handed out a 1/10 for his ‘Bacardi and coke’ dance celebration.