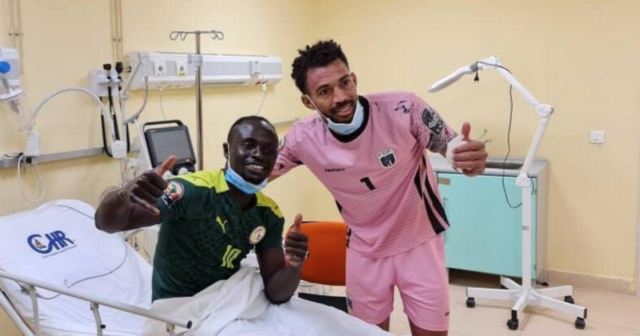 The Liverpool star suffered concussion after being knocked out cold during Senegal’s quarter-final win over Cape Verde.

Mane was taken to hospital in Bafoussam, western Cameroon, to recover after the game.

And Seneweb claims that during his stay, selfless Mane made an incredible gesture to a distraught family.

Their child had suffered terrible injuries after being hit by a motorbike, and the family could not afford treatment.

Seneweb quoted a guest on Cameroonian channel Equinoxetv as saying: “I think I told you about the generous gesture that Sadio Mane made in Bafoussam in favour of a family.

“The latter was in distress because a motorcycle had hit their child who had broken bones and injuries over his body.

“He was close to death and his parents could not afford to pay for treatment.

“And Sadio, who was in this hospital finds this grieving family and asks them what is going on.

“I believe that this blessing was rewarded today by God.”

Following the heartwarming gesture, Mane led Senegal all the way to the Afcon final before beating Mo Salah’s Egypt in a nail-biting penalty shootout.

But it’s not the first time Mane has shown off his kinder side.

The superstar donated £500,000 last year for a new hospital to be built in his hometown of Bambali.

He also funded a new £250k school in the village nearly three years ago, and handed out money to local families too.

Did you miss our previous article…
https://www.sportingexcitement.com/football/premier-league/leeds-braced-for-triple-transfer-raid-on-raphinha-phillips-and-meslier-with-man-utd-chelsea-and-west-ham-circling