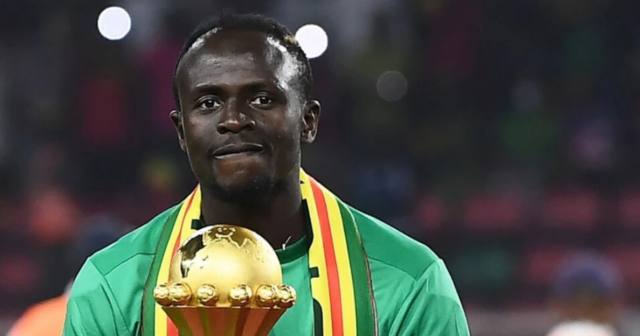 SADIO MANE will leave Liverpool if the right club comes knocking this summer, according to reports.

Mane, 29, has 18 months left on his contract so next summer presents the last opportunity for The Reds to cash in on the forward.

And if Real Madrid or Barcelona make an approach to sign Mane he could be on his way to Spain, report Goal.

That is because the recently crowned Africa Cup of Nations champion reportedly feels he has won everything he can at Liverpool.

And after his success with Senegal this month Mane is aiming to become the most decorated African player in history.

After winning the Premier League and Champions League he has a chance to achieve that title, but is said to be eyeing a La Liga trophy to add to his collection.

Real Madrid and Barcelona would present him with the chance to do that – with Los Blancos believed to be long-term admirers.

Zinedine Zidane reportedly wanted to sign Mane in 2017 and again in 2019 but he was too valuable to Jurgen Klopp.

Liverpool still regard him as an important player and were said to have been planning a four-year contract extension.

But Mane has not put pen to paper and if Liverpool want to avoid the risk of losing him for nothing in 2023 they could look to sell in the summer.

The arrival of Luis Diaz from Porto last month indicates Liverpool are preparing for Mane’s possible exit – in case he decides to reject a contract offer.

Did you miss our previous article…
https://www.sportingexcitement.com/football/premier-league/where-is-the-fight-and-grit-rio-ferdinand-slams-man-utds-jekyll-and-hyde-performance-in-burnley-flop

In this article:burnley, liverpool, premier league