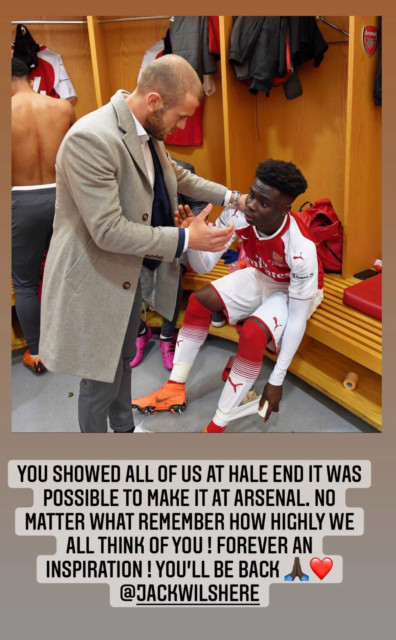 ARSENAL star Bukayo Saka has told Jack Wilshere he’ll ‘be back’ after the former Gunners icon admitted he was considering retirement.

The 29-year-old midfielder is currently without a club and is struggling to attract a realistic suitor after years of injury struggles.

Saka told Wilshere on Instagram: “You showed all of us at Hale End [Arsenal academy] it was possible to make it at Arsenal.

“No matter what, remember how highly we all think of you! Forever an inspiration! You’ll be back.”

The 19-year-old’s touching message comes after Wilshere revealed he was considering retiring from playing after struggling to find a club.

The 34-cap England international was released by Championship side Bournemouth in the summer following a change in management.

Wilshere has suffered with countless injuries since his breakthrough at Arsenal in 2010-11, winning the PFA Young Player of the Year award.

He made just 88 Premier League appearances during the next seven seasons before eventually joining West Ham in July 2018.

Wilshere, who has admitted it was a mistake to leave Arsenal, featured just 16 times in the Prem for the Hammers in a difficult 27-month spell.

He went on to prove his fitness in the final four months of last season at Bournemouth, making 17 appearances, but is still struggling to find a club.

Wigan Athletic chairman Talal Al Hammad has tweeted Wilshere saying he is ‘most welcome’ to join the 2013 FA Cup winners.

But the Lancashire side are currently playing in League One, far below the player’s Premier League standard.

Wilshere claims he’s interested in a move abroad and will have put several clubs on red alert following his revealing interview. 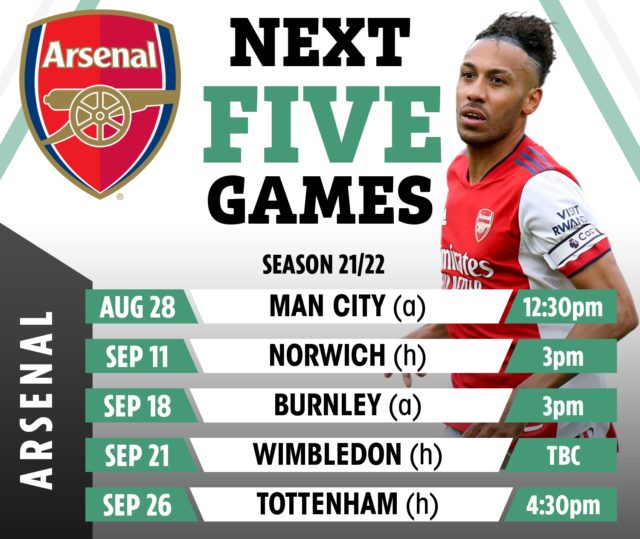