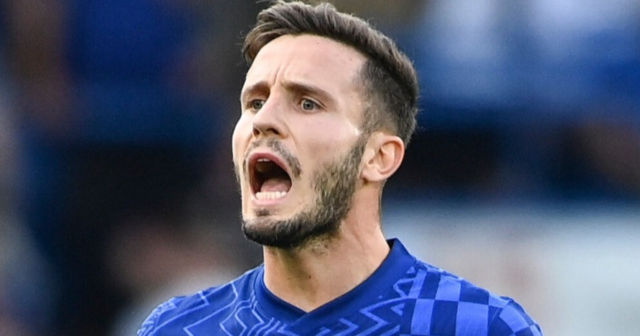 CHELSEA defender Thiago Silva has offered his support to team-mate Saul Niguez after the midfielder’s poor debut against Aston Villa.

The Brazilian ace, 36, also struggled on his Blues bow against West Brom last September and has told Saul, 26, not to worry about first impressions.

Speaking to Fabrizio Romano, Saul revealed: “After my poor performance in my first match, Thiago Silva in particular supported me a lot.”

The Spain international was hooked off at half-time against Villa by Chelsea boss Thomas Tuchel after a disappointing 45 minutes.

He lost eight of his nine duels, failed to win a single tackle and was dispossessed three times before being replaced by Jorginho.

But after the game, Silva told Saul: “My first game with Chelsea was much worse, believe me and don’t worry.”

The former Paris Saint-Germain star was at fault for West Brom’s second goal in the 3-3 draw, allowing the ball to run under his studs.

Baggies forward Callum Robinson pinched possession and ran through on goal to make it 2-0 before Chelsea rallied to snatch a point.

Saul, who joined Chelsea from Atletico Madrid on loan last month, was an unused sub in their Champions League win against Zenit on Tuesday.

Speaking to the press about the midfielder’s performance against Villa, Tuchel claimed he is yet to adapt to the intensity of the Premier League.

The German coach said: “I had the feeling that he struggled.

“There were some big mistakes, passing mistakes, and he struggled with the intensity. You could see he isn’t fully adapted.

“It’s very hard. You can either do it or not do it. I told him before it was my responsibility if it does not work out for the matter of your life.

“He struggled a bit, created some half-chances for Aston Villa.”