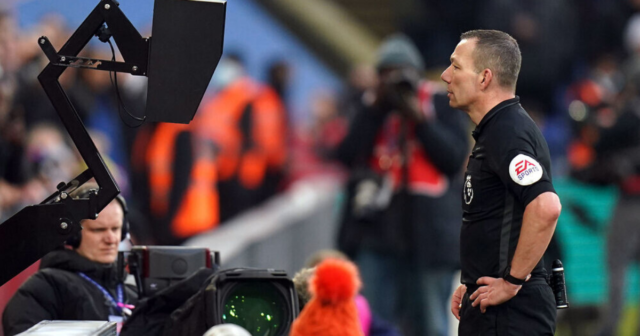 PREMIER LEAGUE refs feel under pressure to accept VAR overturns – even if they are convinced they got the original decision right.

Worried officials fear that if they stand by their own calls they could face punishment from bosses. 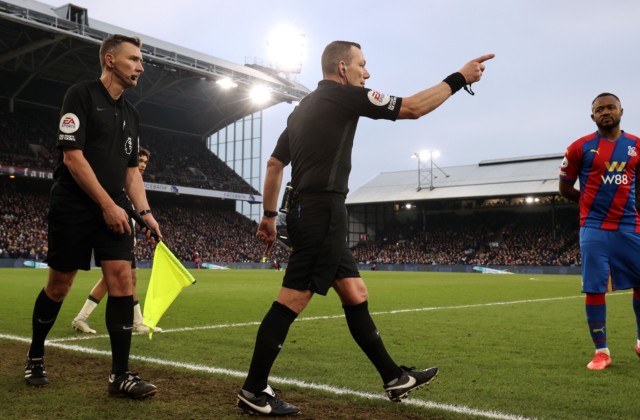 Ref’s bosses have conceded Liverpool’s controversial penalty at Crystal Palace should NOT have been awarded after Diogo Jota ran into keeper Vicente Guaita.

But Kevin Friend’s U-turn after the intervention of VAR ref Craig Pawson was part of a pattern, and SunSport can reveal there have been 49 recommended monitor overturns in England’s top flight this season.

Unlike last term, when referees stuck with their original calls on five occasions, this campaign ALL 49 decisions have been changed after a trip to the touchline.

That is a direct result of the instruction from Professional Game Match Officials Limited (PGMOL) at the start of the season, when officials were told the “higher threshold” for interventions meant refs would only be told to go to the monitor when they have made a clear error.

One source said: “It was made quite clear to the referees that they were expected to change their minds if they were told to perform an on field review.

“The final decision is always down to them but if a change is recommended, they know that they are expected to follow that advice.”

Last season, referees went to the monitor on 87 occasions and agreed to change 82 of their decisions, with five situations in which they stuck with their original call.

SunSport columnist and former Prem ref Mark Halsey revealed he had been told that officials were under orders to accept VAR recommendations this term.

PGMOL sources insist that there is more of an “expectation” that the VAR calls will be upheld after refs’ chief Mike Riley told officials to implement a “high bar”.

One insider explained: “The higher threshold for offences was brought in which means overturns shouldn’t be recommended unless it is a clear error.

“So when any referee is told to go to the monitor now, he expects it is because he has plainly got it wrong and is looking for confirmation of that. We still think that’s the right approach.”

Did you miss our previous article…
https://www.sportingexcitement.com/football/premier-league/chelsea-ace-telford-seals-san-diego-move-as-villa-close-in-on-transfer-loan-swoop-for-man-city-midfielder-scott