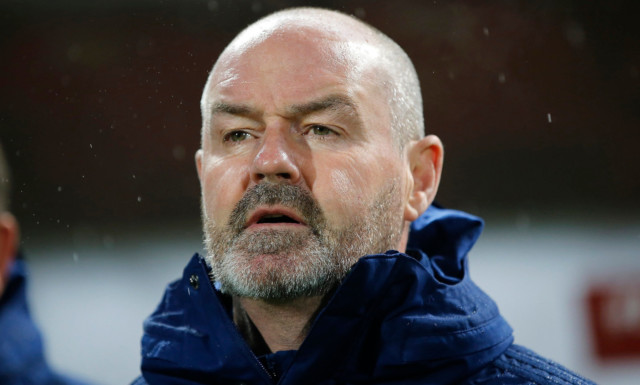 Ryan Christie had deservedly blasted Scotland in front on 52 minutes with a left-footer from 22 yards in off the right post.

It was only then that Serbia cranked up the pressure, whilst still creating little.

But from the last of a succession of corners Serbia sub Luka Jovic thumped home a header in the 90th minute to take this play-off into extra time.

And the Scots were clinging on in defence during the added half-hour, surviving another tricky corner in the final seconds as the tie went to penalties.

Serbia had not qualified for a major finals for 22 years, with a Euros group spot alongside England and the Republic of Ireland at stake. 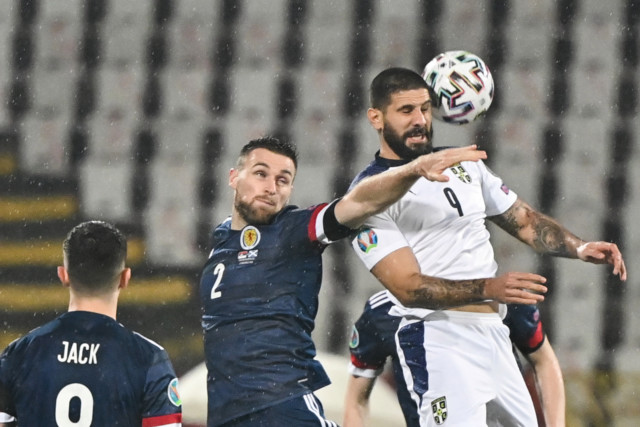 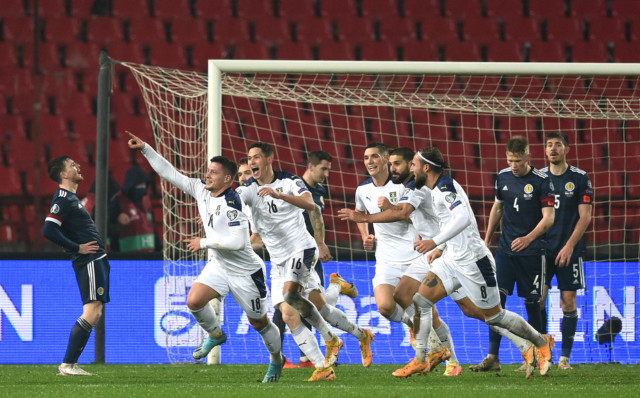 SCOTLAND ARE IN DREAMLAND!

Steve Clarke's side take a deserved lead in Belgrade through Ryan Christie's precise finish from the edge of the box!

Follow the action on Sky Sports Football and Sky Pick or on our live blog: https://t.co/x7IRfVo2yx pic.twitter.com/o1jFSoFTwk

How crucial will this moment prove to be?

Follow extra-time on Sky Sports Football and Sky Pick or on our live blog: https://t.co/x7IRfVo2yx pic.twitter.com/j2P874oNwD 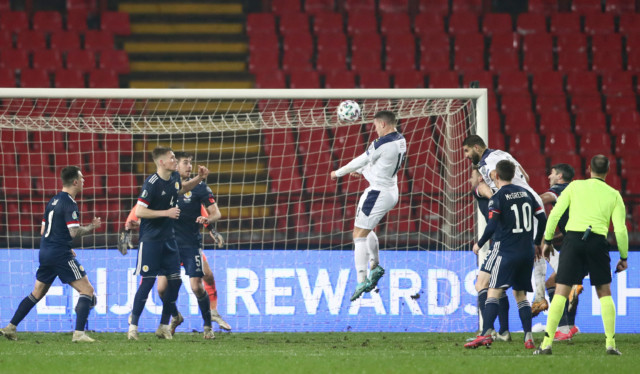 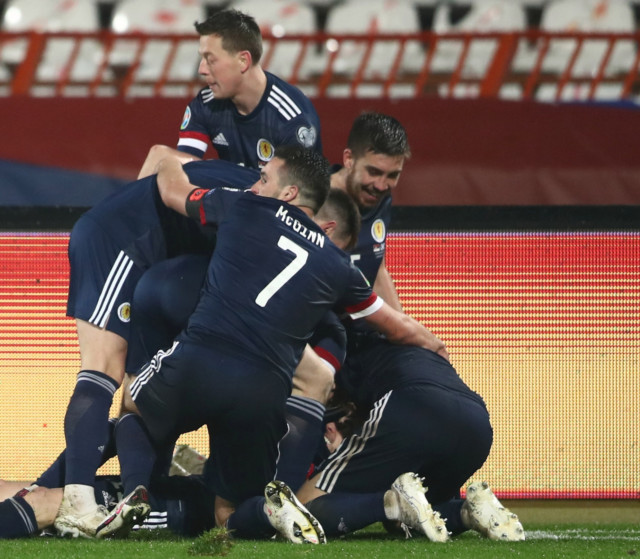 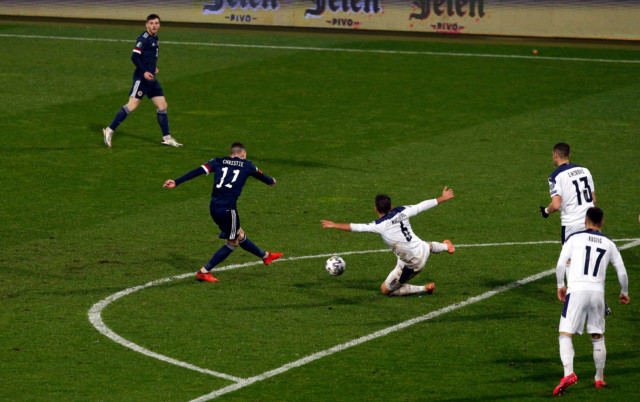 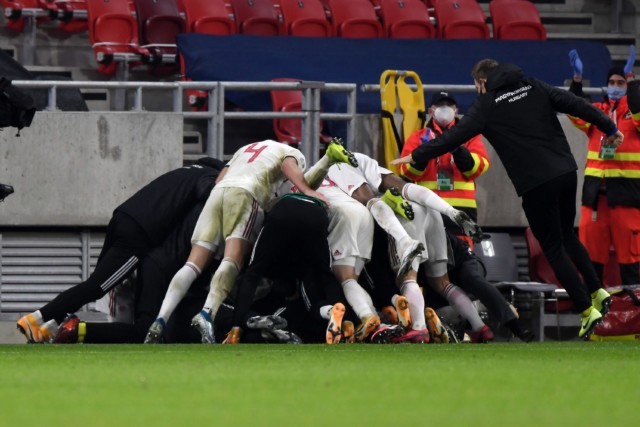 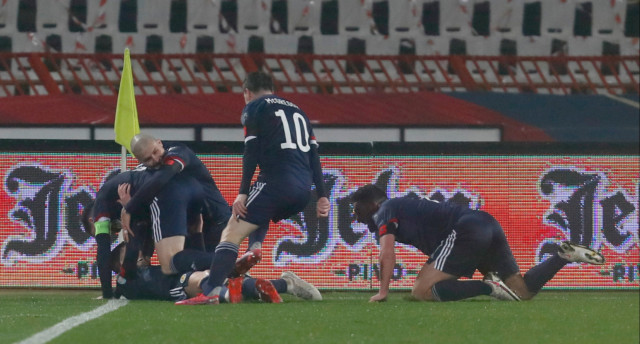 Scotland players pile in to rejoice after Ryan Christie drilled them in front, only for Serbia to level on 90 minutes 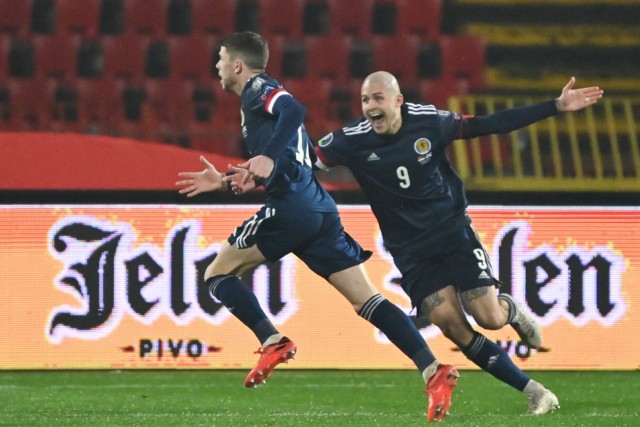 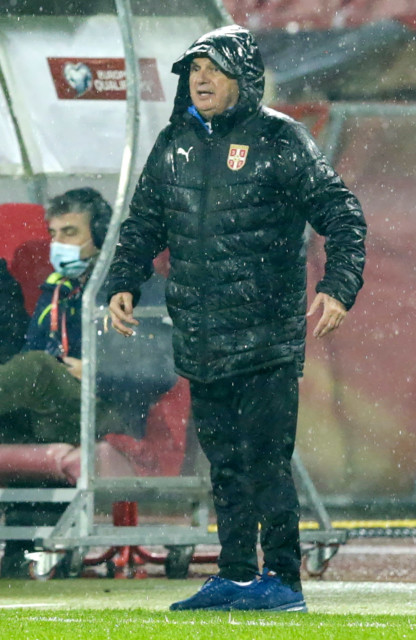 Serbia boss Ljubisa Tumbakovic shows the tension as their play-off with Scotland for a Euro place went all the way
Advertisement. Scroll to continue reading.
In this article:fulham