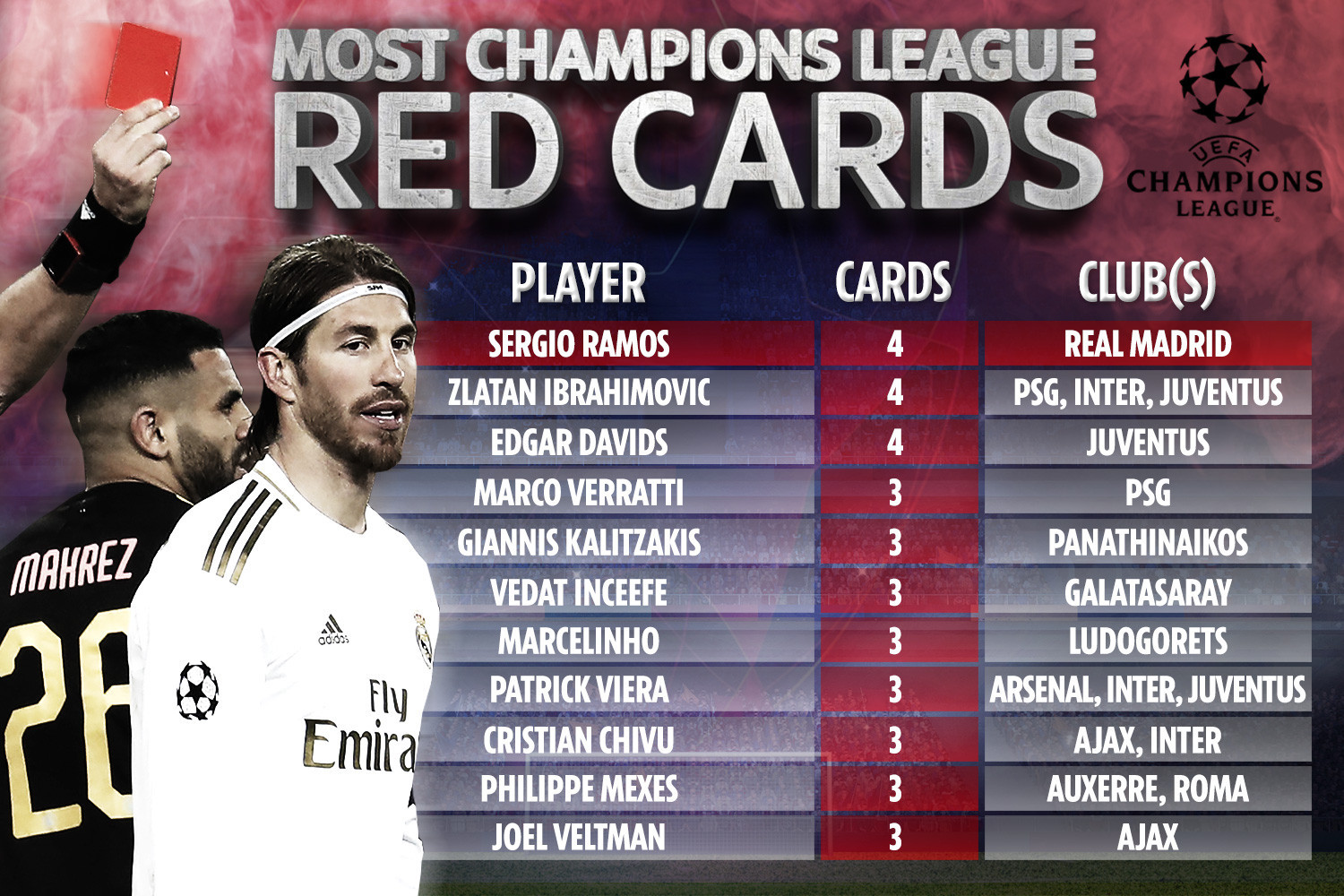 SERGIO RAMOS equalled a very unwanted Champions League record on Wednesday night after picking up his FOURTH red card in the competition.

The hotheaded Spanish defender, 33, was sent off for the 26th time in his long career late in the 2-1 defeat at home to Manchester City.

Real – so long kings of the Champions League – took the lead through Isco on the hour mark.

But late goals from Gabriel Jesus and Kevin De Bruyne saw City take a huge advantage into the second leg back at the Etihad.

And Ramos‘ frustration boiled over with just minutes left in the clash at the Bernabeu as he was shown a straight red for bringing down Jesus on the edge of the box.

He will now miss the all-important second-leg back in Manchester on March 17.

But Ramos remained defiant as he posted a statement on social media claiming he is not thinking about the red card or the defeat – and is instead focused on El Clasico this Sunday.

The Spanish defender wrote: “After a very difficult night, there are two options: we can think about yesterday’s defeat or work on tomorrow’s win.

“I choose the latter. Head and heart already on El Clasico.”

The sending off was his fourth in Champions League history – as he drew level with Zlatan Ibrahimovic and Edgar Davids atop the leader board.

Ramos, however, holds the outright record for the most straight red cards with THREE.

Ibrahimovic was shown two straight reds, while Davids only ever saw red for two bookable offences.

But his bid to make it five personal crowns now looks unlikely after City stunned Zinedine Zidane’s men on their own turf.

After a very difficult night, there are two options: we can think about yesterday's defeat or work on tomorrow's win. I choose the latter. Head and heart already on el Clsico.#HalaMadrid @realmadrid

Ramos has played 124 times in the Champions League, scoring an impressive 13 times – while adding seven assists.

As well as his four red cards, the former Sevilla star has also been booked 36 times in Europe.

In LaLiga alone, Ramos has been shown 154 yellow cards and sent off 20 times.