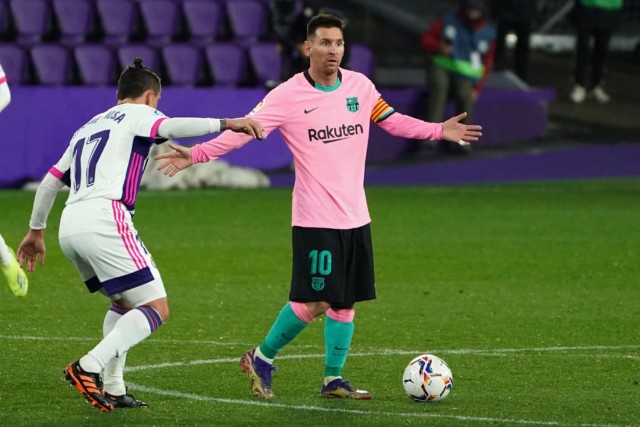 THE January transfer window is now open and clubs across the globe will look to add some talent to their ranks.

Liverpool need a centre-back or three, Arsenal are craving a creative spark and Manchester City are desperate to rediscover their X-factor.

This month promises to be an intriguing one too, with clubs not only buying and selling, but also planning for the future.

Lionel Messi and David Alaba are just two big-name players out of contract at the end of the season.

They can both kickstart pre-contract negotiations immediately with a view to a free summer move.

Or, their clubs could look to cash-in this month before losing them for nothing.

With a whole month of speculation and gossip ahead of us, we take a look at seven of the biggest and most-likely transfers we could see in January…

STARTING off with a bang, it’s hardly breaking news to hear Messi will be quitting Barcelona in 2021.

The Argentine star, 33, fell-out with Barcelona chiefs last summer and handed in a transfer request, before ultimately staying put for one more season.

Manchester City were on the brink of signing Messi in the summer and are favourites in 2021.

However, Paris Saint-Germain are also keen and hope Messi’s friendship with Neymar could see him head to Paris.

Both clubs will race to get the Barcelona star to agree to personal terms ahead of a free summer transfer.

But if one were to splash a little cash to bring him in now, it could tempt Messi to quit struggling Barca and spend the rest of this season settling in at his new home after 20 years at the Nou Camp.

Advertisement. Scroll to continue reading.
The percentage of answers have been round up or down from their decimal points 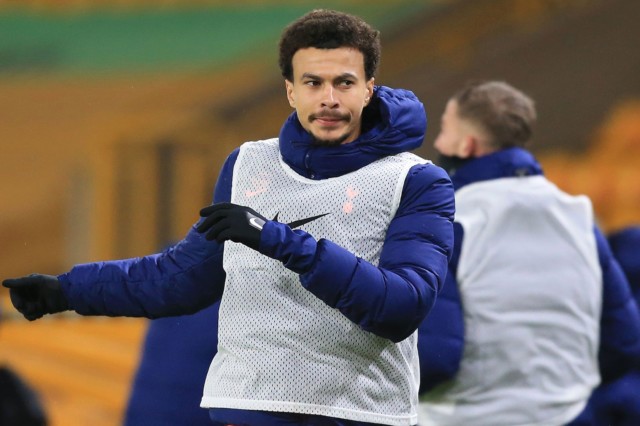 Dele Alli could end his Spurs torment and move to PSG

THANKS to Pep Guardiola’s relationship with Messi, Man City are arguably favourites to land the unsettled Barcelona legend.

But that might not be all bad news for PSG, who can spent the money they would have splurged on Messi’s £900,000-a-week wages elsewhere.

One man they’ve had their eye on since last summer is 24-year-old Alli.

The England star has barely featured under Jose Mourinho and was left furious after being subbed off in the Carabao Cup clash with Stoke.

Alli has played just four times in the Premier League this season, with Spurs winning just one of those matches – the 6-1 win at Manchester United.

Aside from that, the former MK Dons star has been reduced to run-outs in the Carabao Cup and Europa League.

With ex-Spurs boss Mauricio Pochettino set to take over at PSG, he could move for one of his old favourites and rescue Dele from his North London hell. 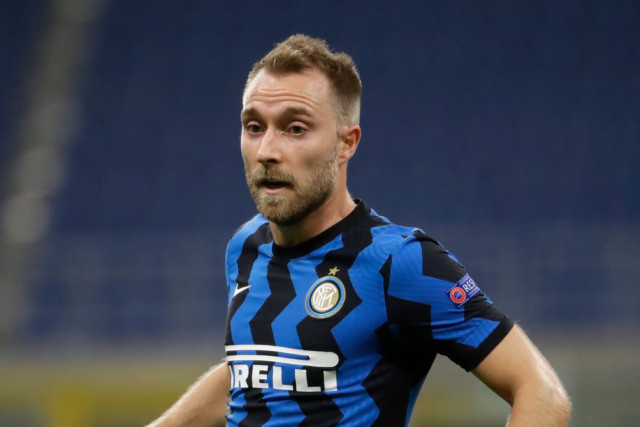 AND Alli could be joined by another of Pochettino’s former stars, Eriksen.

The ex-Tottenham playmaker has found life tough in Italy and has failed to nail down a regular spot under Antonio Conte.

It’s expected Eriksen, 28, leaves at some stage in 2021 and he could even be shown the door this month.

Should Pochettino finalise his move to PSG, both Eriksen and Alli could be tempted by a move to Paris.

PSG have won seven of the last eight Ligue 1 titles and are throwing money at their squad in a bid to finally break their Champions League duck.

The chance of finally winning a trophy could be all the temptation Poch, Alli and Eriksen need… 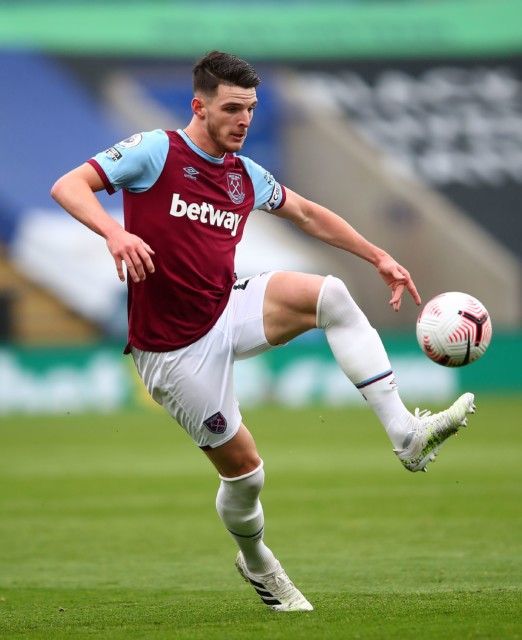 Declan Rice could return to boyhood club Chelsea in January

THE Blues spent more than any other Premier League club in the summer transfer window at a staggering £220million.

But with Chelsea‘s form indifferent throughout the 2020-21 season, Frank Lampard is considering a host of new signings in January in a bid to finish the season strongly.

Above all others, West Ham star Declan Rice, 21, is the top target.

Chelsea appeared to be in for their former academy product last summer, but a move failed to materialise.

Despite playing mostly in midfield for both the Hammers and England, Lampard sees Rice as his centre-back partner for Kurt Zouma in the long run.

While the Blues could wait until the summer, it’s possible they move in January in a bid to help secure Champions League football for next season. 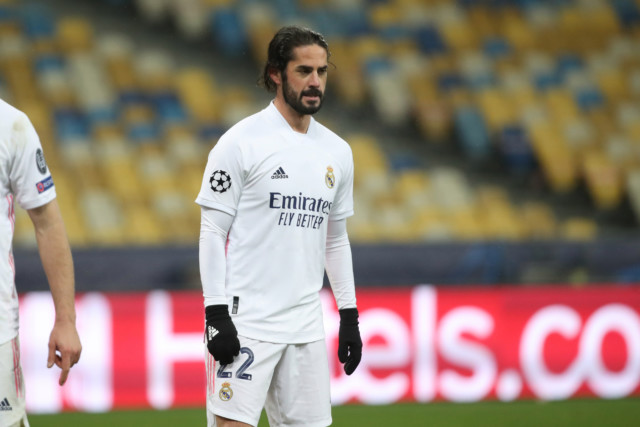 Isco has emerged as a January target for Arsenal, who are struggling to create chances

ISCO’s career at the Bernabeu appears to be going the way of Gareth Bale under Zinedine Zidane.

The Spaniard has been all-but frozen out having failed to start a game since November 8.

Isco, 28, has long been tipped with a move away, with the likes of Liverpool, Tottenham and Chelsea all interested down the years.

But now Arsenal view him as a quick fix to their creative problems.

They face competition from the likes of Everton and Sevilla, but hope to land the midfielder this month as they aim to avoid a relegation battle. 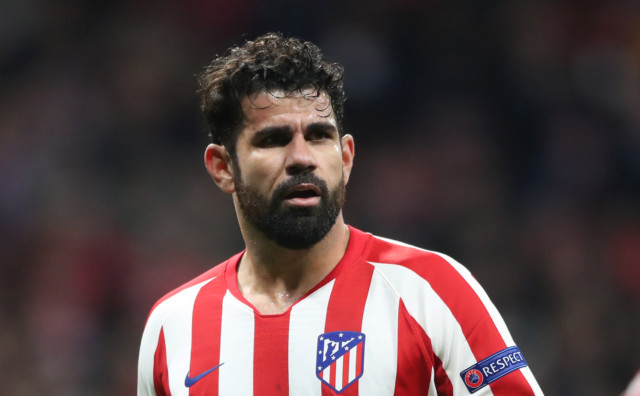 THE Gunners are also believed to be keen on ex-Chelsea star Costa this month.

Struggling for game time and earning a one of the highest amounts at the Wanda Metropolitano, Atleti were keen to offload him.

Now Costa can go in search of regular first-team football and could be tempted by a move back to the Premier League.

But having earned cult hero status at Chelsea, it’s hard to see him moving to Arsenal unless they offer him a deal he can’t refuse. 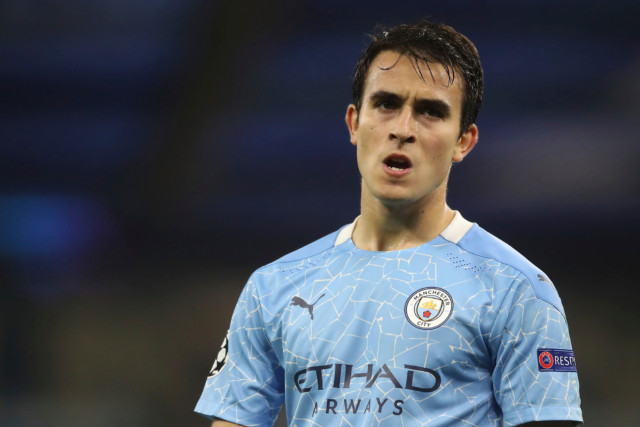 GARCIA has already agreed personal terms with Barcelona and could even complete his transfer back to the Nou Camp this month.

The LaLiga giants have been chasing the defender, 20 this month, since the summer.

Garcia has made no secret of his desire to return to the club he left in 2017.

He even refused to sign a new contract at the Etihad in a bid to force a move back to Barca.

Garcia is out of contract at Man City at the end of the season and is free to negotiate pre-contract terms with clubs this month.

While he could bide his time and move on a free in July, City could aim to cash-in now.

With personal terms already agreed, Garcia could be lining up at the Nou Camp very soon.