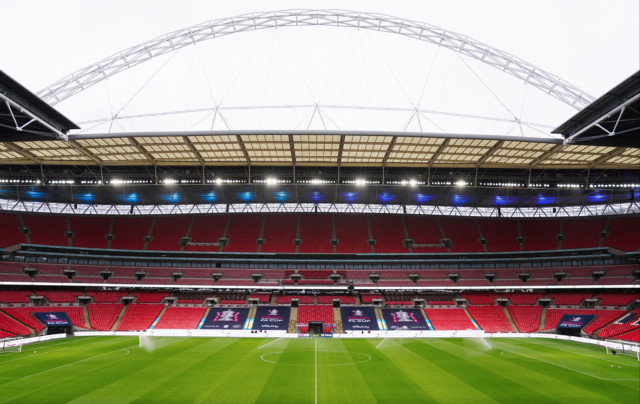 ALL but one of the 18 Women’s FA Cup ties scheduled for this weekend have been CANCELLED due to coronavirus restrictions.

Liverpool Feds’ clash with Huddersfield Town is the only second round match going ahead with much of the nation now under Tier 4 guidelines.

Football chiefs are expecting to reschedule fixtures at a later date along with a first round encounter between Kent United and Enfield Town which is yet to be played.

And officials say they are liaising with the government on managing health and safety of players and club staff at cup fixtures.

Women’s Super League and Championship sides will enter the competition’s draw from the fourth round onwards.

In a statement, the FA said: “The Government announced further COVID-19 regulations across the UK, with the majority of the country now under Tier 4 restrictions.

“As a result, all but one of this weekend’s Vitality Women’s FA Cup second round ties will be postponed and rearranged for a later date.

“We are working with the Government to find a way to reschedule these Vitality Women’s FA Cup matches at the earliest opportunity while ensuring that we maintain our priority of keeping our players, officials and everyone involved on a matchday safe.

“Further details will be confirmed in due course.”

The Covid-19 pandemic has cast over the women’s game for much of this year.

In addition to curtailing last season a spate of positive coronavirus results this month led to the cancellation of two top-flight games in the weekend before Christmas.

And this month 32 Covid-19 tests returned positive out of 864 conducted in the WSL and Women’s Championship.

This is the highest number of coronavirus cases revealed since weekly testing in the women’s top tiers began.

Advertisement. Scroll to continue reading.
In this article:huddersfield town, liverpool