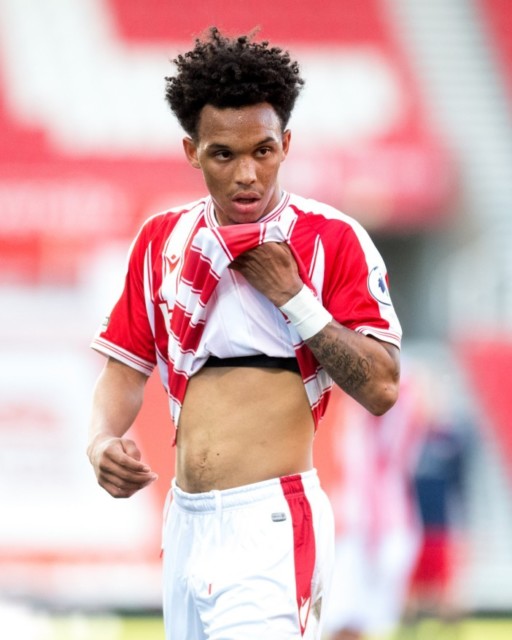 D’MARGIO WRIGHT-PHILLIPS scored his first goal for Stoke in an under-23s game against Newcastle on Monday.

The youngster, 19, has big boots to fill as the grandson of Arsenal legend Ian Wright.

But he showed his poaching instinct when he tapped in the rebound following a free-kick from senior player Tyrese Campbell.

Former Manchester City and Chelsea star Shaun Wright-Phillips, his father, will likely be feeling proud after his son’s display too.

And Wright-Phillips junior will be hoping to break into the senior team by impressing in Premier League Two.

After failing to make the breakthrough at City this is something of a second chance for the winger.

Scoring against Newcastle in an impressive 3-2 win is the right way to go about things, and he will hope manager Michael O’Neill is taking notice of the youth team.

Many others on social media certainly are, with several football fans remarking on Wright-Phillips’ goal – which made some feel old.

One fan said: “The real starboy.”

Another added: “I am now living in a time where the GRANDCHILDREN of players I watched are now players?! Bloody hell man.”

A third commented: “I’m not having that, Shaun Wright-Phillips ain’t got a 19-year-old son, he’s not old enough!”