‘She likes small cars, not F1 cars’ – Amanda Staveley slammed for investing in Newcastle over Serie A
Advertisement 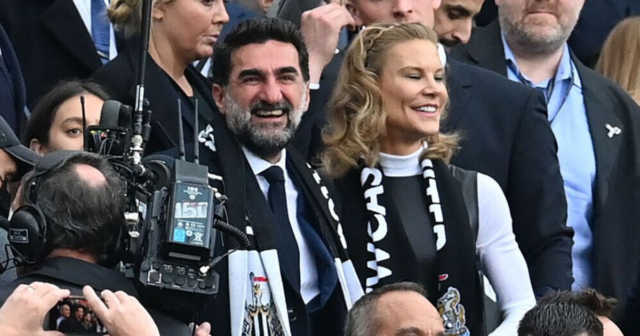 A SERIE A chief has slammed Amanda Staveley for investing in a ‘small car’ like Newcastle United rather than an ‘F1’ motor in Italy.

The 48-year-old led the Saudi Arabia-backed takeover of the Premier League Magpies.

Serie A chiefs have come out swinging after Newcastle’s new Saudi owners failed to invest in ItalyAmanda Staveley was accused of liking ‘small cars, not F1 cars’

After that was confirmed, she then irritated those in Italy by revealing they had investigated the opportunity of investing in Italian football but management of Serie A is something of ‘a mess’.

That led to Luigi De Siervo, Serie A’s CEO, to stare her remarks were motivated by sour grapes.

Now Paolo Dal Pino, president of Italy’s top-flight, has come out swinging over her comments.

According to SportMediaSet, he said: “If she has preferred to invest in Newcastle over Inter or Milan, we see that she likes small cars and not Formula 1 cars.

“Serie A is made up of many brilliant entrepreneurs with a majority that wants ideas and changes.

“We see that it is a great opportunity because it has unexpressed potential like no other league.”

Staveley claimed that the PIF, which is chaired by Saudi Arabia Crown Prince Mohammed bin Salman, ‘talked’ with Inter Milan and AC Milan ahead of the Newcastle takeover as well as French side Bordeaux.

She said: “We talked to Inter Milan, AC [Milan], but the problem was the structure of the league was a mess.

“We looked briefly at Bordeaux. But we’re not looking at Inter [any more].”

Did you miss our previous article…
https://www.sportingexcitement.com/football/premier-league/ruben-loftus-cheek-wins-2-year-battle-to-keep-decking-at-1-7m-mansion-after-neighbours-complain-of-x-rated-drill-rap