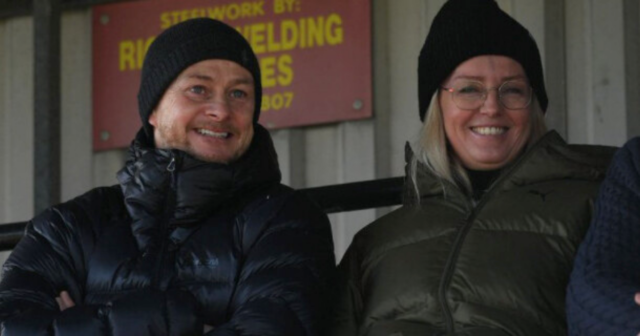 The forward, 19, became part of the first father-daughter duo to represent the club, with father Ole and mother Silje proudly watching.

And she entered the fray as a sub in the 87th minute as a substitute for Ivana Fuso in  front of a 2,500 strong-crowd at Fairfax Park.

A Bridgwater own goal and a late Ella Toone effort saw the hosts ease into the Cup’s fifth round.

Skinner told reporters: “I watched the youngsters the other day when they played Aston Villa in the (WSL Academy Cup) semi-finals and there’s lots and lots of talent there.

“I felt, having watched that game, there were a few players that were ready, and I felt, in this round, they could do a job.

‘It wasn’t a token for Karna, it was a deserved one, from the performance that I saw the other day, so congratulations to her.

“Obviously she’s got a famous Dad, but she wants to be famous in her own right.

“What I’m trying to do is show them the level they have to jump to be in and around this team.”

A Vivianne Miedema strike close to half-time was enough to help Arsenal enter the FA Cup fifth-round after a 1-0 defeat of their Championship opponents.

However, the Netherlands ace had come off at half-time after appearing to take a tablet during the first spell.

Eidevall: “It was a migraine, it’s manageable, but it comes to a point sometimes where it’s not worth it and that was today.”

Arsenal, who had Caitlin Foord, Steph Catley and Mana Iwabuchi away on Asia Cup duty, made five changes to the side that beat Brighton last Thursday.

Eidevall added: “Due to a variation of illness and resting (players) it’s been a complicated week going into games with the numbers we have.

“But we play with those we have at our disposal and I’m really happy about the players’ performance.” 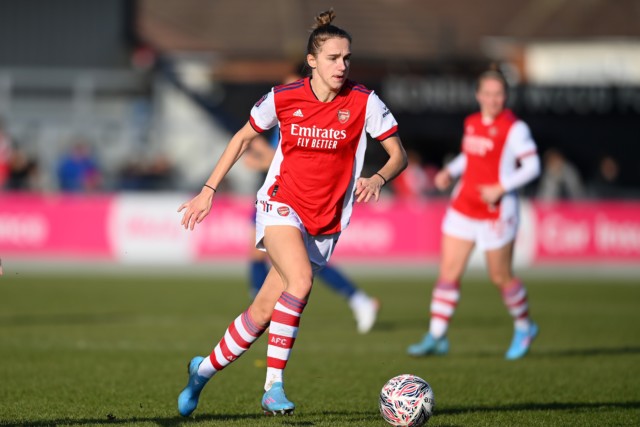 The league leaders went full throttle early on with Katie McCabe looking to curl in a fourth minute-shot which went wide of Shae Yanez’s far post.

Moments later Nikita Parris sent a flicked effort over the bar before smashing a low shot at the keeper.

Yanez, in for a busy afternoon, found herself tested again with Beth Mead’s 10th-minute strike.

And the forward let fly near the 20th-minute with her fierce shot prompting a well-timed diving save from the stopper.

The Gunners appeared to have some fitness concerns with Miedema needing assistance in the first half.

And it was the Dutch ace who put the hosts 1-0 up from close range shortly before half-time following a classy Kim Little assist.

The second spell saw Miedema unable to continue with Laura Weinrother coming on in her place.

And the Gunners had numerous chances to increase their lead including Mead forcing a block from Yanez in the 60th minute. 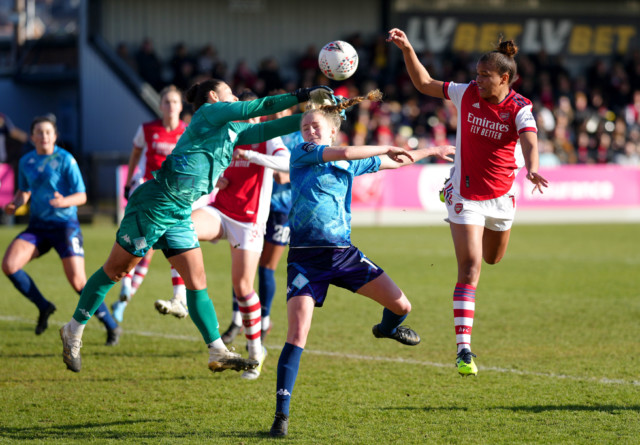 Shae Yanez had a busy afternoon in goal against the Gunners

Club boss Phillips said: “What we looked at when we came into this game is the opportunity to stretch ourselves.

“To walk away 1-0 against Arsenal is something to really be proud of.”

Extra-time goals from Esme De Graaf and Sophie Howard saw the Foxes seal a 3-1 victory after 1-1 draw in normal time.

Birmingham had to wait until extra time to beat Championship battlers Sunderland 2-1.

But Brighton saw their fifth-round hopes ended with Tia Primmer scoring the decisive goal in a 3-2 Royals victory.

And Leighanne Robe netted a hat-trick with Liverpool tearing Lincoln’s defences to shreds in a 6-0 thumping.

Karen Hills’ Charlton also won by the same margin with their away drubbing of Plymouth.

And Durham booked their place in the FA Cup’s fifth round with a 3-1 defeat of Blackburn. 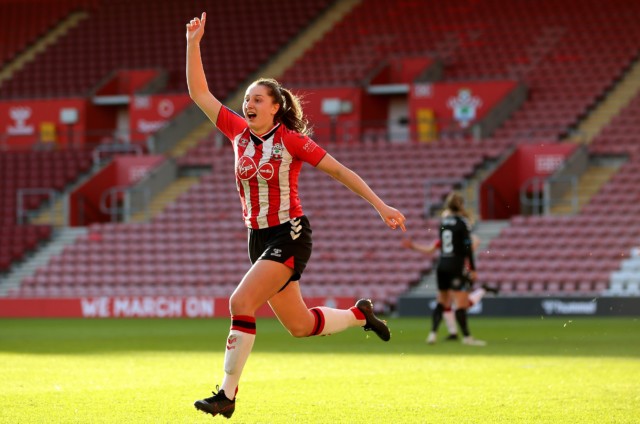 Ella Morris was on target for the club who compete in the third tier.