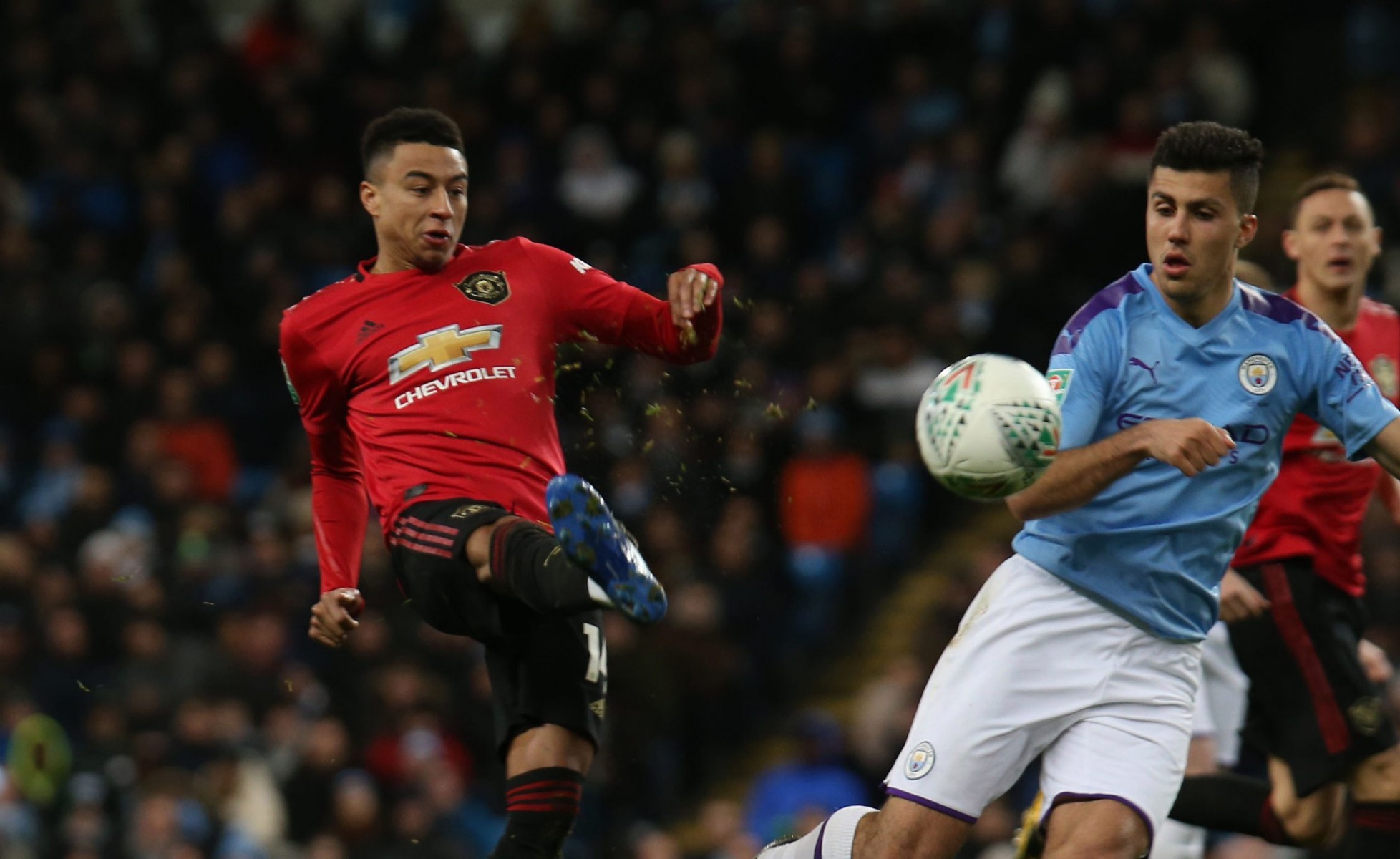 Lingard had lost possession in the 1-0 win over Manchester City – which led to Raheem Sterling nearly equalising for the hosts.

Solskjaer was less than impressed and fans reckon the Norwegian yelled in the 58th minute: “One more time and youre f***ing off”, at the England midfielder.

Lingard was taken off on 65 minutes but his manager hugged him and seemed to be more relaxed.

Speaking about the incident with Lingard, Solskjaer said: [It was] Just heat of the moment, [it happens] once in a while.

MAN UTD NEWS LIVE: Follow for all the latest on the Red Devils

Andreas Pereira replaced Lingard but failed to improve United and struggled to make an impact.
It has been a tough season for Lingard and the signing of Bruno Fernandes could see his playing time soon drop.
United have agreed a fee for Fernandes as they hope the Portuguese midfielder can help add some much needed creativity in the side.

The 1-0 victory last night wasn’t enough to see United through to the Carabao Cup final.

After being dumped out, Solskjaer’s attention turns to dragging United into the Premier League top four.

They face Wolves at Old Trafford on Saturday as they look to close the six-point gap to Chelsea in fourth.