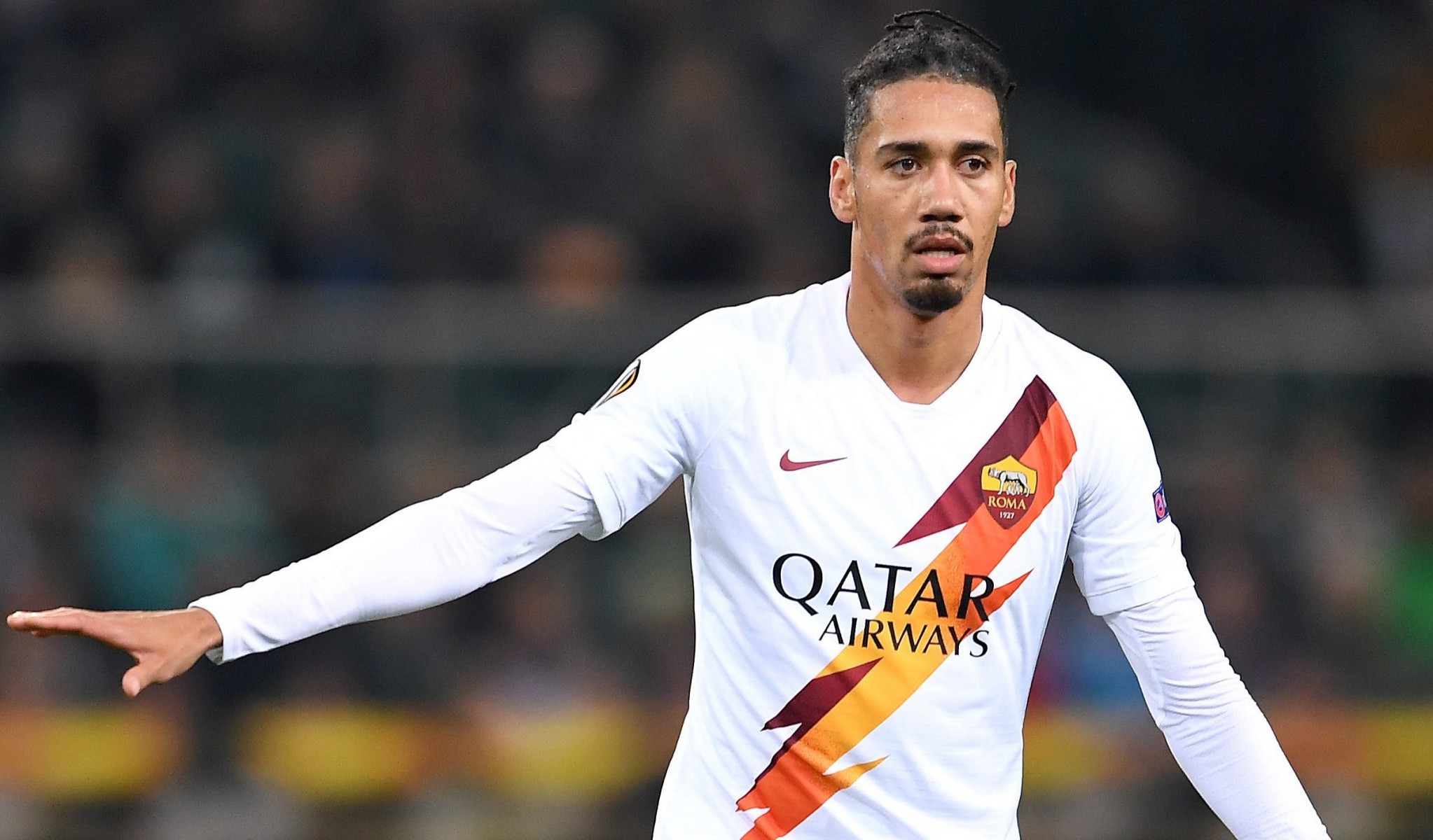 CHRIS SMALLING will be returning to Manchester United after his loan spell with Roma.

The England defender has rediscovered his form in the Italian capital and is a key figure in the heart of defence.

Ole Gunnar Solskjaer was asked about the loanee, who Roma want to buy outright, in the build-up to the clash with Manchester City tomorrow and confirmed that he is coming back.

The paper has defended its appalling decision, which has been met with widespread criticism.

And Solskjaer has spoken to Smalling and Lukaku, who left for Inter Milan on a permanent deal this summer, to offer his full support.

The Norwegian said: “First of all, when you see that paper you say wow really is that possible?

“It’s the worst front page I’ve ever seen and we’ve been in touch with Chris just so he knows we’ll back him and Romelu as well.

“I don’t work in your line of business but wow, it’s incredible and at least we don’t see that here, that has to be stamped out.”

Smalling had struggled for game time at Old Trafford but has 10 league games, with two goals and an assist, with Roma.

And Solskjaer has been impressed with how the centre-back has handled the switch, hoping it has revived his career.

He added: “Chris has been fantastic – we know sometimes if you change the environment it can go both ways.

“But Chris is the type to relish these challenges he’s cultured, enjoys life down there, its a new experience for him.

“He’s a boy who couldn’t be here without being a regular and we’re so happy for him because we can see the top player he is.”