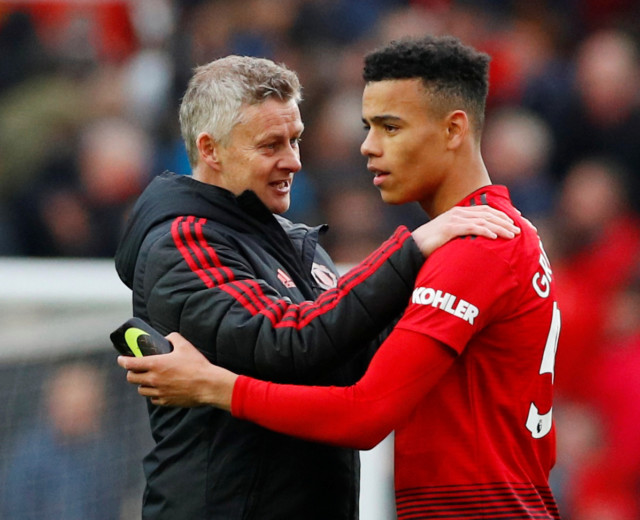 OLE GUNNER SOLSKJAER says Mason Greenwood is well on the way to topping even his achievements as a goalscorer with Manchester United.

Solskjaer is a legend at Old Trafford with his 126 goals from 366 appearances, many of them as a substitute.

That record helped him to six titles and the Champions League.

But he believes that talent for scoring is nothing compared to where Greenwood is at the same stage of his development.

Solskjaer said: “Mason’s way ahead of what I was at 18 or 19 years old that’s for sure.

“He’s got a knack of scoring goals and I don’t want to say anything different. It’s natural for him and it’s what I could do as well.

“He is a brilliant boy to learn with and just keeps making better decisions.

“The sky’s the limit. It’s up to him and he knows what he should do can do and must do to continue playing.”

Greenwood’s goal away to Brighton on Tuesday as he cut in from the left and finished into the bottom corner was his 13th this season.

It was his sixth in the Premier League where he has only enjoyed six starts.

This from an 18-year-old who Solskjaer points out could still be playing in United’s FA Youth Cup side this season.

“[It’s] not easy being a young boy, he could still play in the FA Youth Cup team, but he’s performing off the bench or when he starts and he’s developed fantastically this season.”

Despite being labelled as the club’s best finisher by Solskjaer, Greenwood has to play in a position out wide right of a three behind the main striker with either Marcus Rashford or Anthony Martial the main man up front.

This has not been a problem for the academy graduates and Solskjaer knows he can easily switch him to the middle when needed.

Solskjaer said: “He’s a centre-forward by trade but likes to drift wide, likes to face forwards.

“That’s a different role from the role of through the middle, back to goal link it, which Mason is improving on.

“His body is filling out and he can play that position, like we’ve seen with Marcus and Anthony who are good footballers, good goalscorers and have good movement and not just stuck between the posts.”

Greenwood’s goal set the ball rolling on that 3-0 win over Brighton as Solskjaer’s men made it 14 games unbeaten.

Bruno Fernandes added another two to his tally since joining the club mid-season making it six for him and with Rashford and Martial both on 19 each the goals are flying in from everywhere.

There are non going in at the other end either with only Liverpool now boasting a better defensive record in the league, all of which makes Solskjaer a very happy United boss ahead of the visit of struggling Bournemouth.

He said: “It’s been a while since we’ve been on a run like this.

“When I first came in the run was a good one also but definitely we are feeling confident, feeling in good form and they should be after working so hard in the lockdown period, getting their sharpness and match fitness back.” 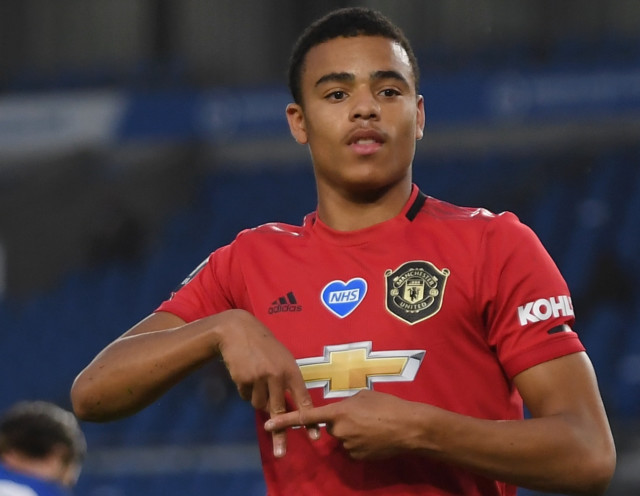