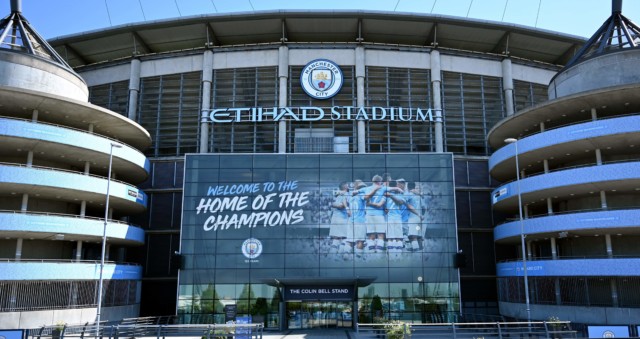 SOME Premier League clubs are alarmed at the prospect of playing at neutral grounds also used as coronavirus testing centres.

Manchester City plan to continue sharing facilities with the NHS for at least three more months.

More than 350 nurses are currently training in the Etihad Stadium suites, while more than 1,000 coronavirus tests are done there daily.

The Etihad is understood to be one of eight proposed neutral venues to be used for football’s Project Restart.

But one Prem club official said: “We would find it worrying for a ground still in use as a testing centre to be picked as a neutral venue.” 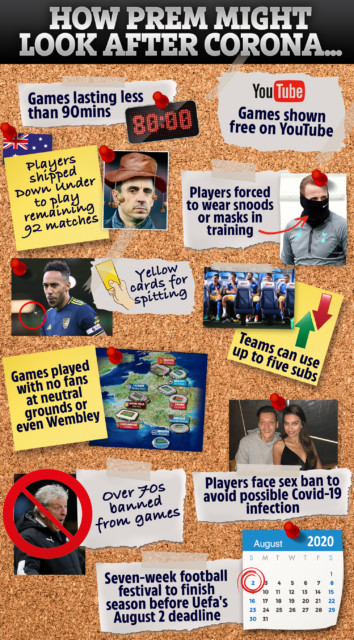 Another added: “My understanding is  neutral grounds are supposed to have been picked because they are so safe.”

Yet the Premier League have indicated they would not expect any issues,  as long as it did not affect the matches.

Tottenham and Brighton have also set up testing centres  at their grounds, while a mobile testing unit has been installed at Old Trafford.

Neutral venues will be discussed at tomorrow’s Prem meeting — with Watford,  Brighton and Villa all publicly voicing their disapproval.

Hornets chairman Scott Duxbury said: “To be asked to  finish a quarter of the season under new  conditions is an entirely different proposition.”

Yet Southampton, seven points above the drop zone,  are open to using neutral venues.

City  have been praised for their work during the pandemic, with the club estimating 26,000  NHS and social staff use their facilities.