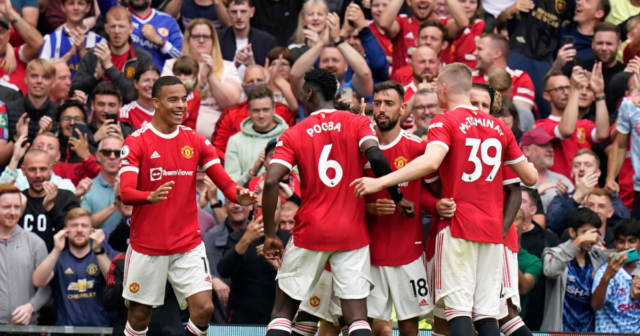 MAN UTD will be looking to make it two wins from two as they take on Southampton in their second Premier League game of the season.

The Red Devils overcame Leeds in emphatic fashion on the first day of the campaign, thrashing them 5-1 at Old Trafford.

Southampton, however, lost 3-1 to Everton despite debutant Adam Armstrong putting them ahead.

United will be looking to keep up their hot start at St Mary’s, where they won 3-2 last season.

What time does Southampton vs Man Utd kick-off?

Jadon Sancho could start for Man Utd, making his full debut, while manager Old Gunnar Solskjaer has revealed Edinson Cavani and Raphael Varane are back in training.

“With regard to team news, a boost as well is that Edinson [Cavani] joined in, Raphael [Varane] joined in and we’re getting fitter and fitter,” said Solskjaer on Friday.

Dean Henderson is also training again after recovering from coronavirus.

“With regards to Dean, he was tired after trainings. He felt that. We needed to check him up. Now he feels much better. He’s passed all the tests we’ve gone through with him,” Solskjaer added.

Marcus Rashford, however, is still out with a shoulder injury.