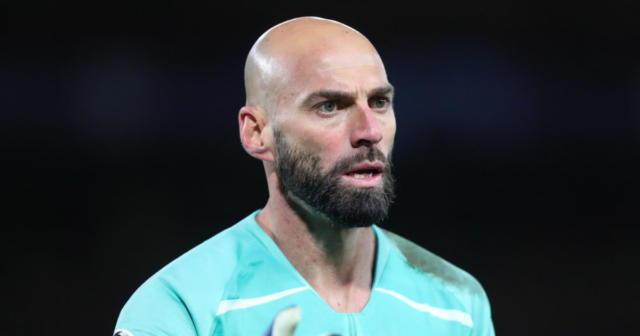 SOUTHAMPTON are lining up a shock move for 40-year-old former Chelsea star Willy Caballero to solve their goalkeeping crisis.

Saints fear No 1 Alex McCarthy will face a spell on the sidelines after picking up a hamstring injury in Saturday’s 1-1 draw at home to Brighton.

Boss Ralph Hasenhuttl slammed McCarthy for not revealing the true extent of his injury which contributed to Neal Maupay’s 98th-minute equaliser.

McCarthy’s understudy Fraser Forster also picked up a muscle injury in training last weekend, leaving rookie Harry Lewis as the only fit keeper for next weekend’s trip to Arsenal.

Lewis, 23, has yet to make his Premier League debut and Hasenhuttl could be forced into an emergency loan to solve his goalkeeping crisis.

Caballero, 40, has been a free agent since leaving Chelsea at the end of last season after turning down a new contract.

The Argentina international still lives in Surrey and has been training with League One side AFC Wimbledon to keep fit.

Caballero signed for City in 2014 from Spanish side Malaga. He won the Carabao Cup in 2016 before moving to Chelsea.

Meanwhile, Armando Broja admits he has no problem with his substitute role.

The Chelsea loanee, 20, scored against Brighton and now has netted in each of his three home League appearances.

The Albania international said: “It’s the Premier League, it’s the most difficult league.

“There’s always going to be competition in the team.”