Spurs owner Joe Lewis lives on a £112m boat, is friends with Tiger Woods and gave The Nolans their first ever gig
Advertisement 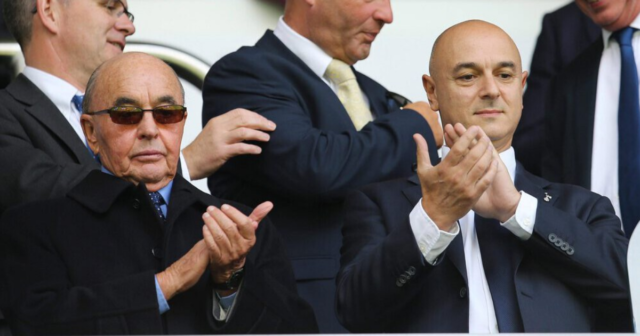 The East End-born self-made billionaire rarely visits the Tottenham Hotspur Stadium to cheer on Harry Kane and Co, preferring life on a superyacht in the Caribbean to trips to North London.

Residing mostly in the Bahamas on his £112m boat called Aviva III, he also has a home next door to Sean Connery’s former estate and is friends with Tiger Woods.

Over the years, he launched the careers of Planet Hollywood and Hard Rock founder Robert Earl and 70s pop sensations The Nolans.

And according to the Forbes rich list, he has an estimated fortune of a whopping £4.3bn.

Let SunSport take you through the world of the man nicknamed “The Boxer” because of his sporting namesake.

Who is Joe Lewis?

Joe is true cockney who was born within the sound of the St. Mary-le-Bow church bells in 1937, which makes him 84 years old. He is thought to have been raised in a flat above the Roman Arms pub in East London. 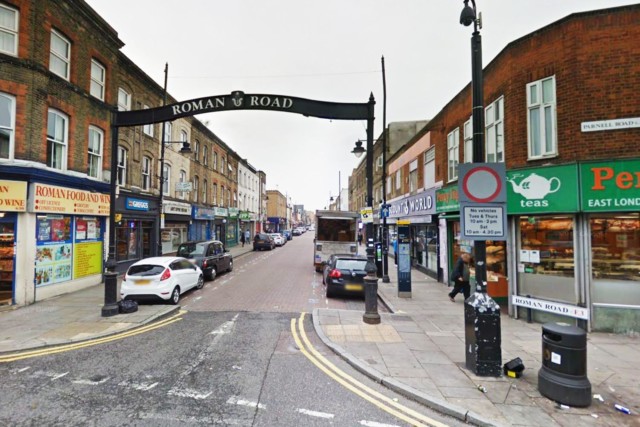 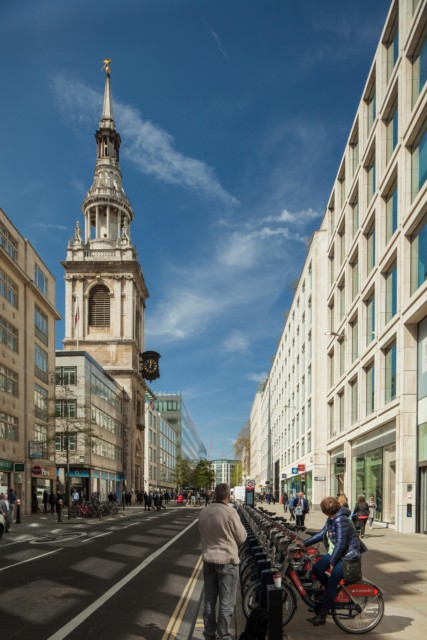 Joe Lewis was born within the sound of the St. Mary-le-Bow church bells

He left school at 15 to work in his family’s cafe as a waiter, earning £6 a week.

Joe opened restaurants including the Northumberland Grand, which was the first fancy dress-themed eaterie in London aimed at tourists.

From there he developed the Beefeater, the Cockney, the Caledonian and the Hanover Grand.

He managed his first super club called The Talk of the Town in the 60s, where the likes of Frank Sinatra, Diana Ross and Tom Jones performed.

At the Hanover Grand, Joe granted The Nolans their first ever live show and he gave Planet Hollywood and Hard Rock founder Robert Earl his first job. 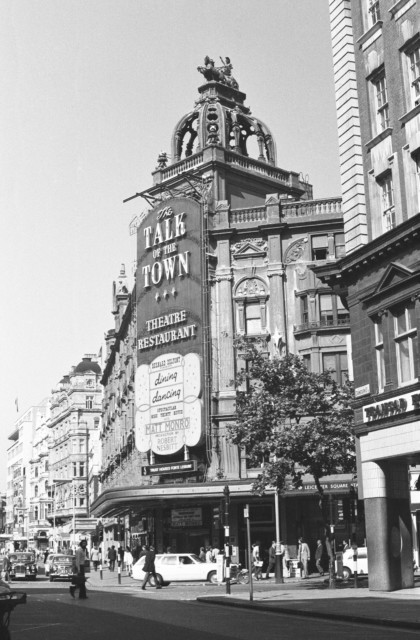 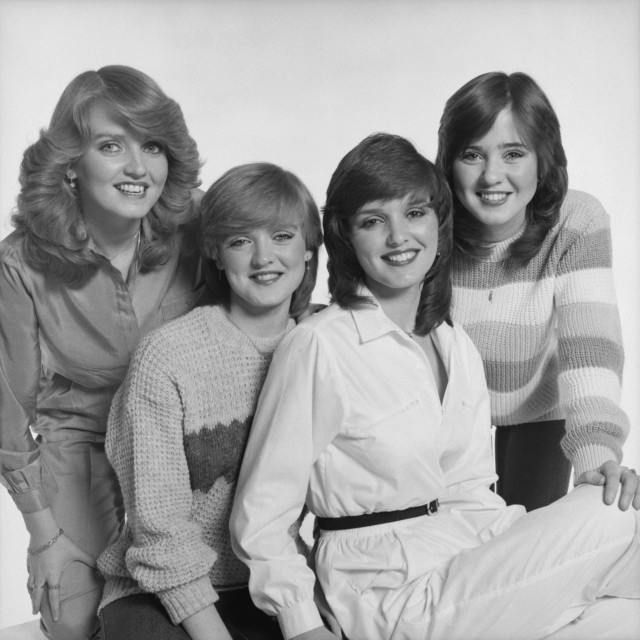 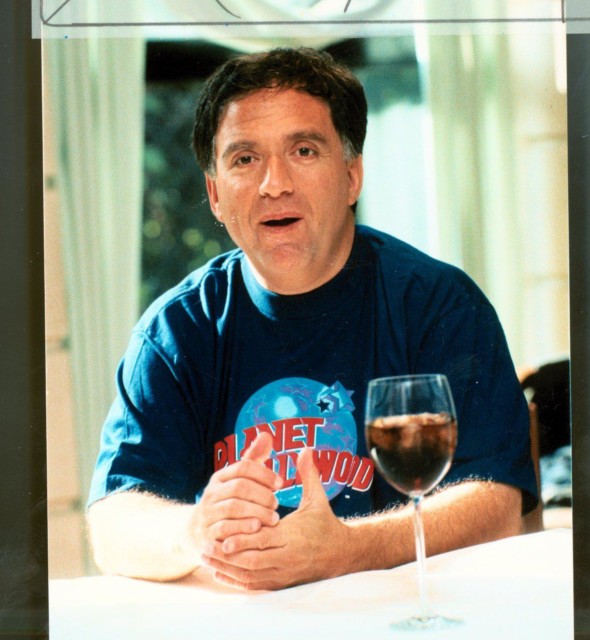 Joe even delved into the world of tourist shops, selling souvenirs and laying on bus tours of London for foreigners and dropping them off at his restaurants.

He sold the business in 1979 for an incredible £30m and moved to the Bahamas as a tax exile.

How he turned his millions to billions…

After moving to Nassau, the capital of the Bahamas, Joe entered the world of currency trading.

It’s there he made tens of millions, gambling on stock, as he looked to continue accumulating his massive wealth.

And it was in September, 1992 when he became a billionaire, thanks in part to one shrewd investment on a day called Black Wednesday.

Joe teamed up with investor George Soros believing the Pound was overvalued and would collapse as Britain attempted to align it with other Euro countries.

He bet on the Pound crashing out of the European Exchange Rate Mechanism and as it did he became a billionaire overnight.

Joe repeated the trick many years later betting against the Mexican peso and landed himself even more dough. 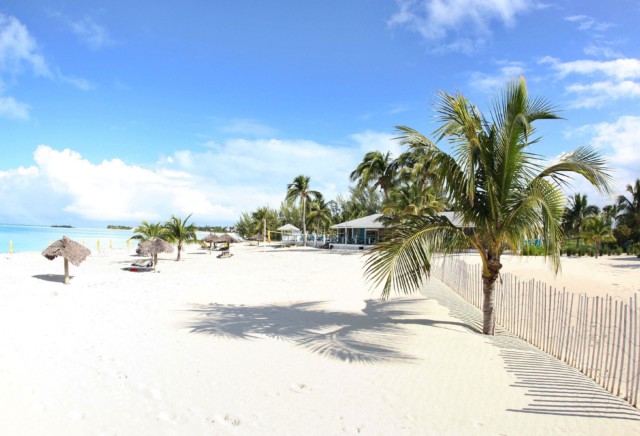 After selling his business Joe Lewis moved to the Bahamas 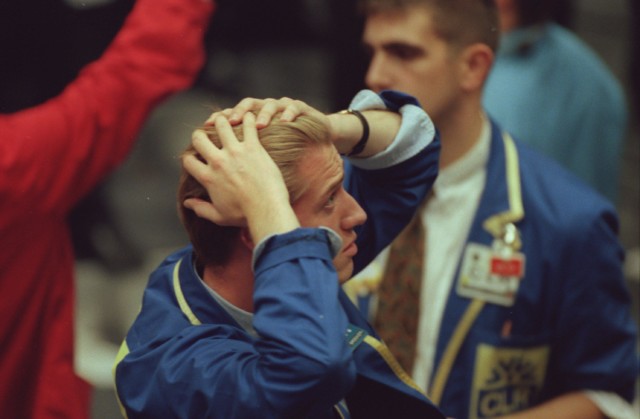 Joe Lewis made his first billion on Black Wednesday in 1992 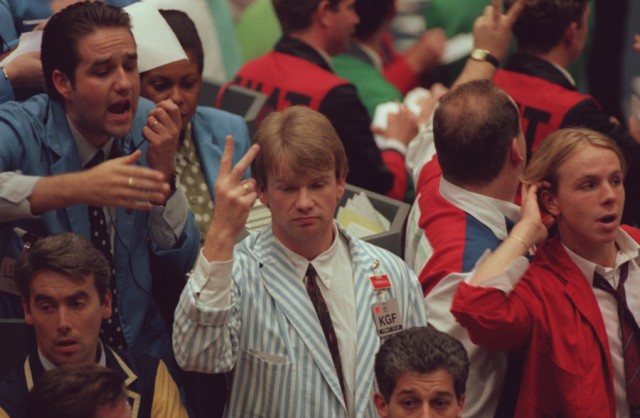 Well, for most months of the year… and it’s not just any old boat.

It was crafted by German builders Abeking and Rasmussen and designed by Reymond Langton.

The large yacht can host up to 16 people and in sea trials reached up to 20 knots (23mph).

Joe is a keen sportsman, with the ship boasting a full-sized tennis court. 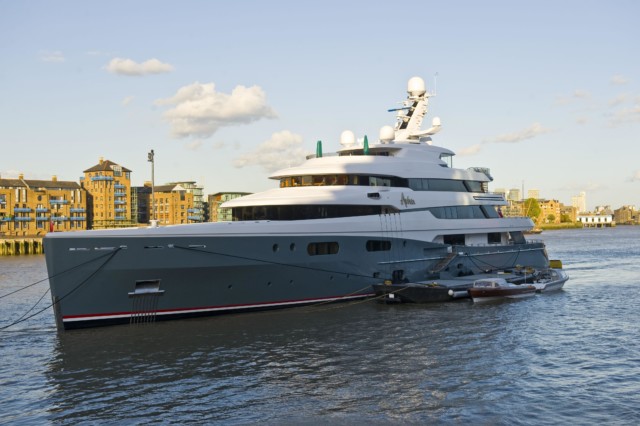 Joe Lewis owns the Aviva III which is worth £112m 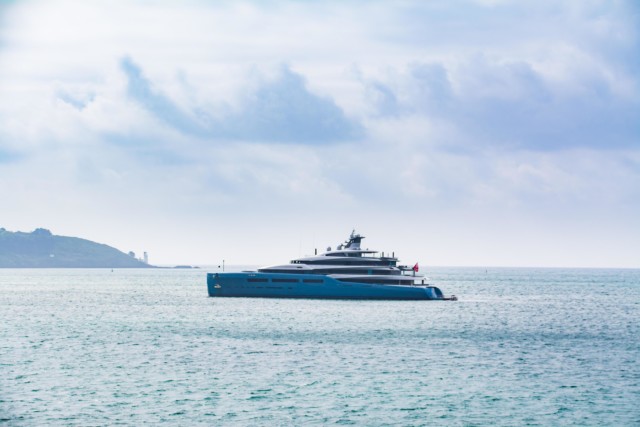 In May 2013, Spurs went on a trip to the Bahamas and were welcomed on board the vessel by host Joe.

Michael Dawson, who was skipper at the time, said: “I had never met him before, so it was nice to go over there and a great experience.

“What a really nice guy. And that yacht is unreal! But he’s just a normal guy.

“You could chat to him about anything. He tunes into all the games, he loves it.

“We just sat there chatting. He made us feel so welcome over there. It was relaxed. A lot of team-bonding together.

“It helps to be able to put a face to the person investing so much in this club he wants to be successful.

“He’s always watching. He knows what goes on. He would remember every game, every little thing.” 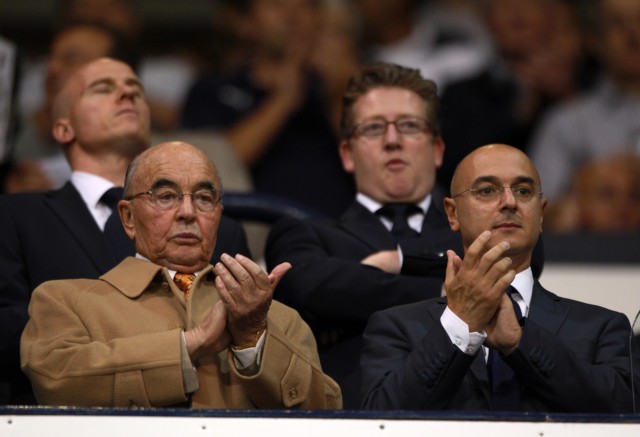 Joe Lewis welcomed Spurs players onboard his boat in 2013 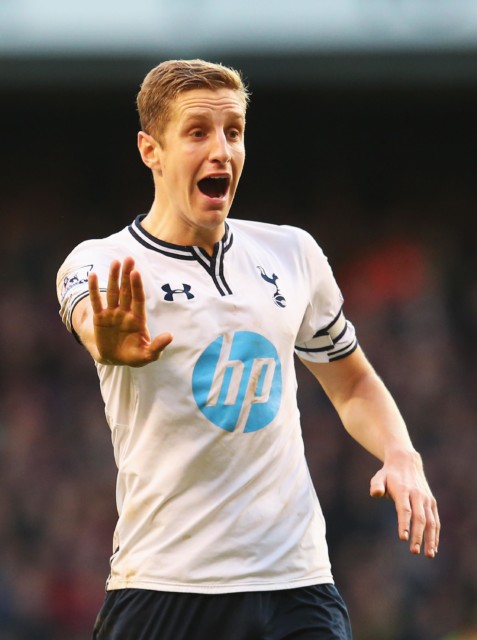 Joe has friends in high places…

Of course, when you’re as wealthy as Joe you’re going to attract the creme de la creme of society.

His best mate is Tiger Woods, who has called Joe “my business mentor” in the past.

Each year, when he’s not injured, Tiger takes part in Joe’s Tavistock Cup competition in Florida.

It’s held on two of Joe’s developments in Orlando called the Isleworth and Lake Nona. 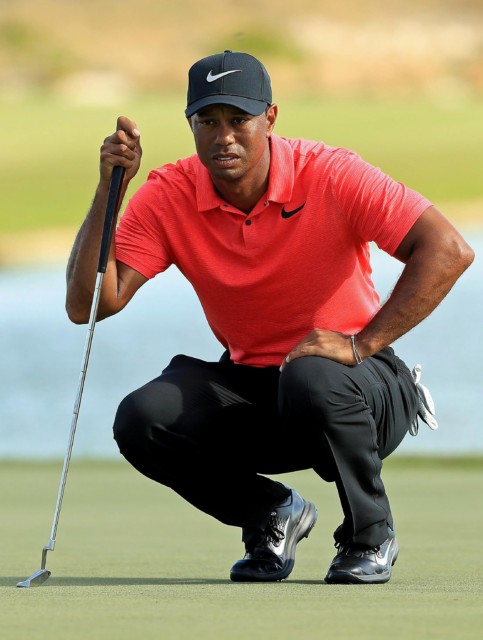 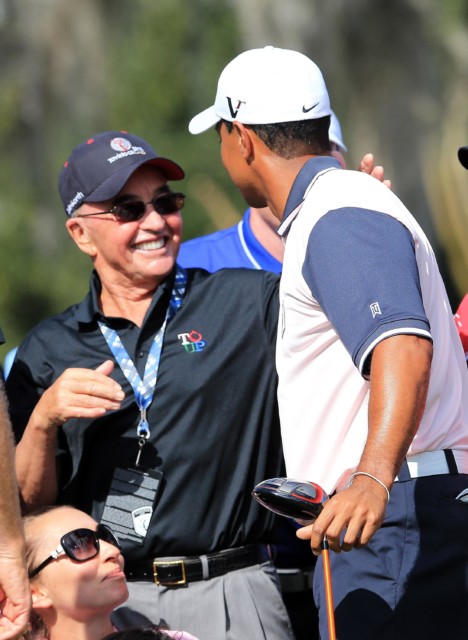 Incidentally, when Tiger Woods had his infamous 2009 low-speed car accident it was at Joe’s Isleworth complex, where the golfer has a home.

Joe, who also owns property in Argentina and Bulgaria, boasts Ernie Els is another pal, and the pair are said to regularly dine together.

Being mates with golfers gives you the hint that Joe is a keen golfer himself.

He is believed to play off a 14 handicap and has practised with Woods and Els in the past. 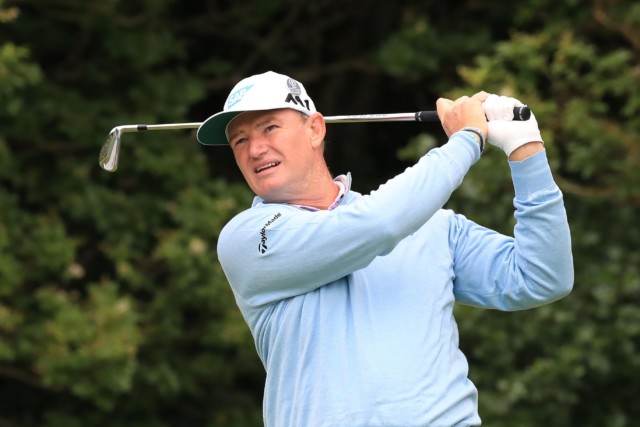 Joe Lewis and Ernie Els often have dinner together 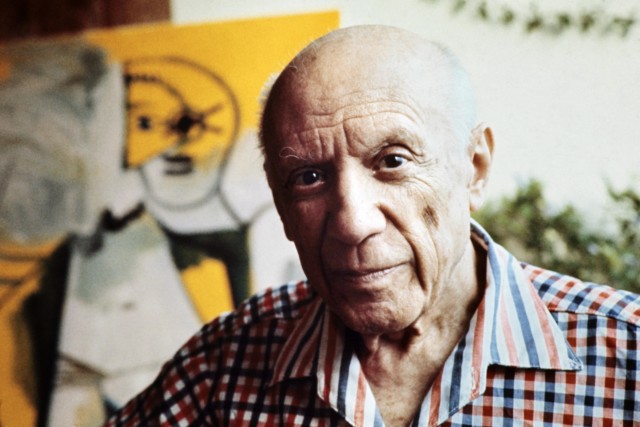 Pablo Picasso is one of the artists Joe Lewis loves

He has an epic art collection…
When you’re a wealthy man, you need hobbies aside from golf and relaxing on yachts.

That’s why Joe has an art collection that’s the envy of every Premier League owner.

Said to be worth around £1bn, he owns works by post-expressionists Picasso, Chagall, Matisse, and Miros.

However, in 2008 Joe made headline news, at least in the art world, with one extravagant purchase.

And you’d never guess where he keeps all his art? Yeah, that’s right.. the paintings adorn the walls of his mega yacht. 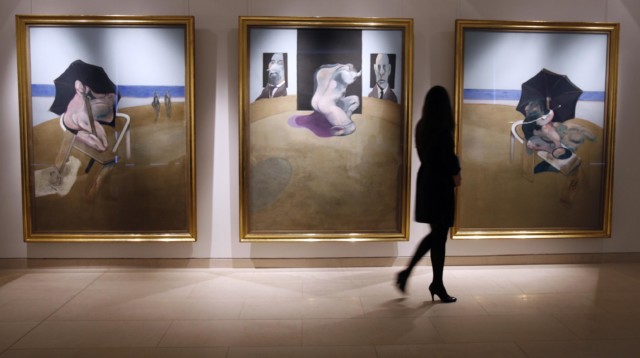 And now for something personal…

Joe has been married twice, his first wife was Esther Browne who he met at his greasy spoon.

She now lives in Ireland.

They had two children, Vivienne and Charlie, before they divorced.

Joe then married his former assistant Jane, however they don’t have any kids.

But before you go thinking life has been all rosy for Joe, he has been touched by loss.

He lost his dad to cancer, so he wanted to give something  back.

Joe set up a foundation to help fund research, and the charity is run by daughter Vivienne.

Did you miss our previous article…
https://www.sportingexcitement.com/football/premier-league/this-has-to-happen-cristiano-ronaldos-attack-on-man-utd-team-mates-backed-by-manager-ralf-rangnick