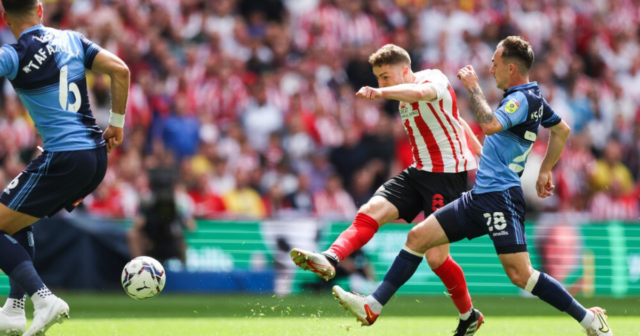 SUNDERLAND are back in the Championship following victory in the League One play-off final against Wycombe Wanderers.

The Black Cats returned to the second tier of English football thanks to a 2-0 victory over Wanderers in the play-off final at Wembley. 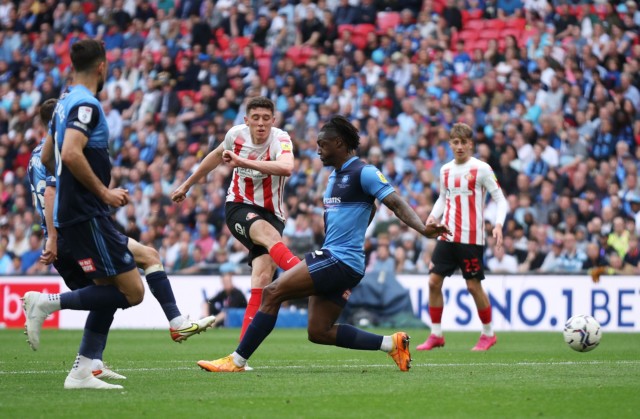 A first-half strike from Elliot Embleton put the northeast club on the brink of a Championship return four years after their second successive relegation.

And Ross Stewart’s goal five minutes from time sent the travelling Sunderland supporters into pandemonium and ended their four-year stint in League One.