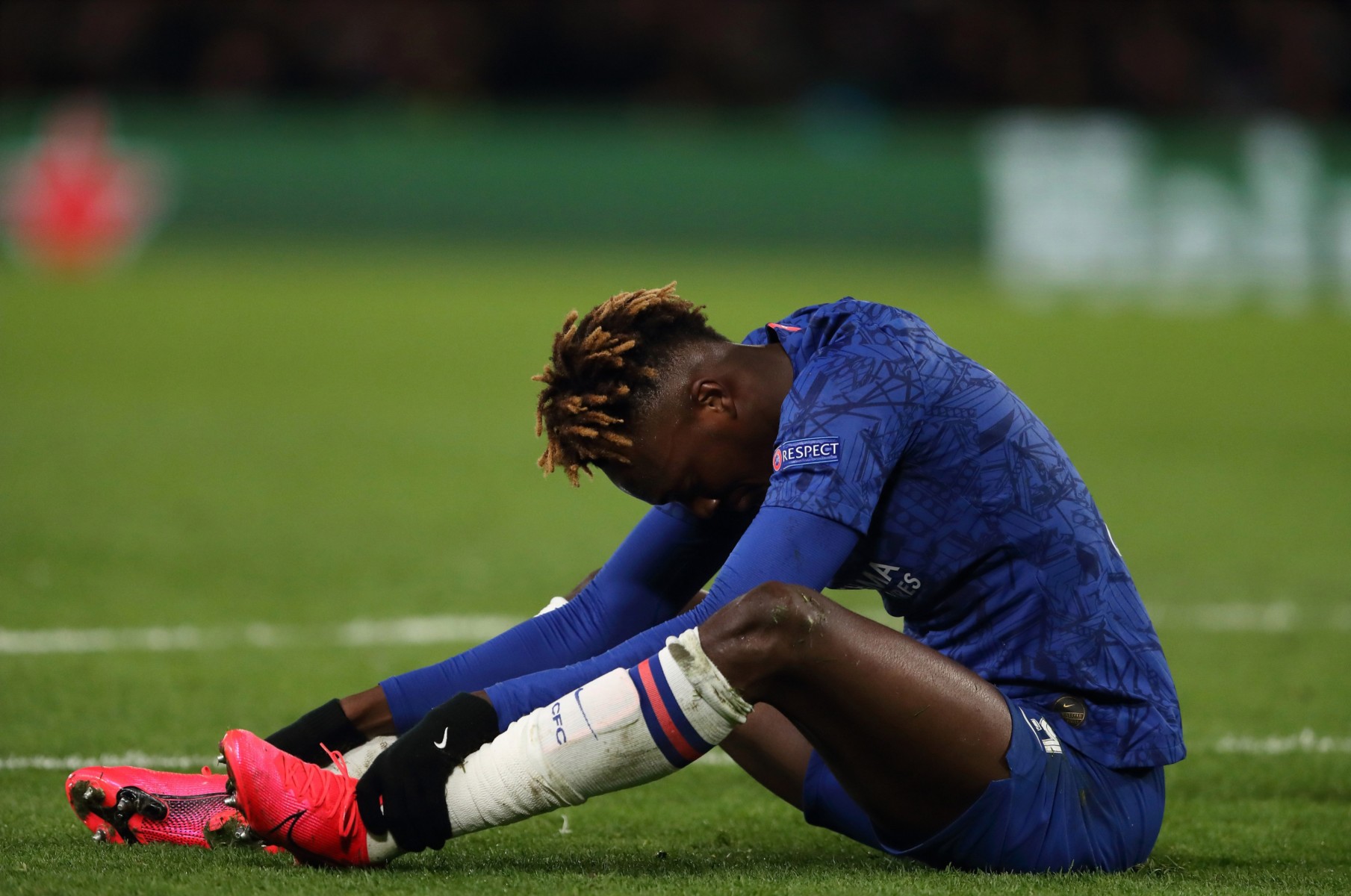 TAMMY ABRAHAM faces an indefinite spell on the sidelines — in a huge blow to both Chelsea and England.

Blues boss Frank Lampard admits he has no idea when his top goalscorer will be fully recovered after aggravating an ongoing ankle injury.

And Lamps warned Chelsea’s other youngsters that they have until May to show their potential or else the boss is going to be wielding the axe.

Abraham, 22, picked up the ankle issue in last month’s draw with Arsenal but was on the road to recovery and came off the bench in Tuesday’s Bayern Munich defeat.

Yet he suffered a setback during the warm-down after the Champions League clash and is now facing an uncertain few weeks.

Lampard is in the dark about a possible return for his 13-goal striker.

“He has inflammation. It is causing pain so we are looking at ways to get rid of it.

“It’s been frustrating because we have seen him come back then go again.

“Sometimes things that are about pain threshold are like that.

“If he is not comfortable he probably has to come out for a few days at least and see where it is going.”

Abraham has been the standout star in the clutch of young Chelsea aces making their name this term.

There is also a lot of hype over Mason Mount, 21, full-back Reece James, 20, and fit-again winger Callum Hudson-Odoi — but boss Lamps admits the time to grow up is approaching fast.

The rookies are finding the going tough as the season enters its most critical phase, with Chelsea scrapping for the top-four finish that was once the bare minimum requirement.

“All I want with them though, and push for, is to train at the absolute top levels every day.

“I actually don’t think of them as young. I know they are young, it is a consideration, but I don’t look at a game and think the young lads did well in that one and the old ones not so.

“Maturity will come for them, that’s why we have to give them some leeway this year, without a doubt. For Mason and Reece on Tuesday night it was a huge game for them in terms of their learning curve.

“I didn’t play in the Champions League until my mid-twenties and it was an uplift for me at that level.

“There is a reason why we are where we are at the moment.

“We have not challenged in the Premier League for a couple of years. We have to fight and work as hard as we can on the training pitch and in games to close that gap.

“Come the summer, of course as a club we want to move forward and make some decisions.

“We are certainly on the same page here when I speak with the board.

“People say, ‘you are Chelsea, you should not be happy with fourth’. The Premier League has changed. It’s not like that any more.”

In this article:arsenal, chelsea, premier league