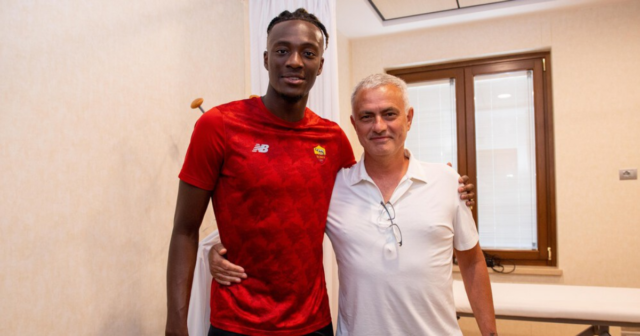 TAMMY ABRAHAM was deciding whether to prolong his frustration at Chelsea when the phone rang.

It was Jose Mourinho, newly installed as Roma manager.

“I laughed. At first I did not think much of it. My mindset was I wanted to be in the Premier League.

“I felt like it was home, being around London, being around England. But I had to open my wings a bit and make a choice — I chose Italy.”

What a good decision it has proved to be after falling down the pecking order at Stamford Bridge.

Four goals for Roma after a £34million move, some sightseeing in the Italian capital and a late England call-up  for the two World Cup qualifiers, starting with Saturday’s trip to Andorra.

Abraham is just  grateful he listened to Mourinho.

The Portuguese was in his second spell as Blues boss when the striker was emerging through the youth ranks.

Hoping for only his seventh England cap, Abraham said: “When Jose speaks, you listen.  He is a good man and has helped me a lot.

“I have learned so much  tactically, as much as I have in my entire lifetime. It is good.

“You need to learn off  different managers. Right now, I am learning a lot.
“It’s been great at Roma.  I had a goal and it was to go out there and be the best I can be, to prove to everyone my true ability.

“I had some  struggles at Chelsea last season, didn’t really get a lot of minutes, but it’s time to show myself again.

“Of course there’s nerves. Moving countries makes you nervous — and being away from my mum’s cooking!

“Italian is not an easy  language to learn, but just little things like that, different  culture, different food, visiting places you’ve never been to before, all of that. 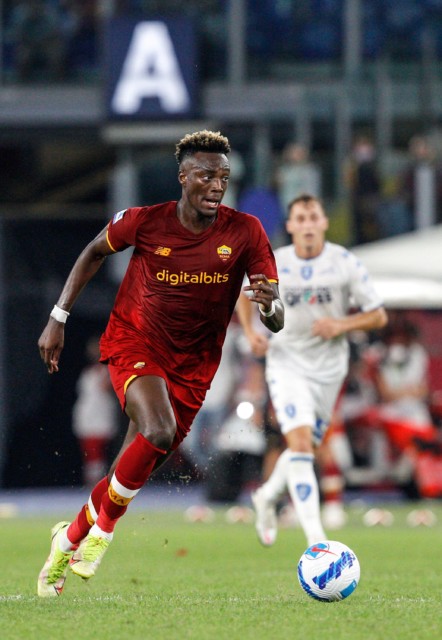 “It’s all so new to me but very   exciting at the same time. I have been to the Colosseum but not inside it.

“I love learning. From a young kid I’ve always wanted to travel around the world, to learn  different languages and this has given me the opportunity.”

Abraham scored a hat-trick in the 3-1 FA Cup win over Luton in January, Frank Lampard’s final game in charge of Chelsea.

Under Thomas Tuchel,  he only made seven appearances in all competitions.

He started three Premier League games,  was subbed at half-time in two of them and injured after 20 minutes in the other.

His Chelsea world came crashing down when he was not in the squad for the FA Cup or Champions League finals.

Abraham said: “The easy option was to stick around.

“Chelsea is a massive club, they will always compete and try to win trophies.

“I needed to go out and prove myself. I took a decision and it was the right one.”

Pressed on life under Tuchel, he said: “It was tough. Things like this need to happen for you to  realise the real game.

“You can’t just always be on the up, you need some downs and I think those downs have really lifted me and pushed me to be hungry for more.”

Abraham was not initially in Gareth Southgate’s Three Lions squad  but came in after an injury to Ollie Watkins.

He added: “It was a surprise. I woke up to a call from Gareth and I was still half asleep.

“I am always delighted to play for my country.”