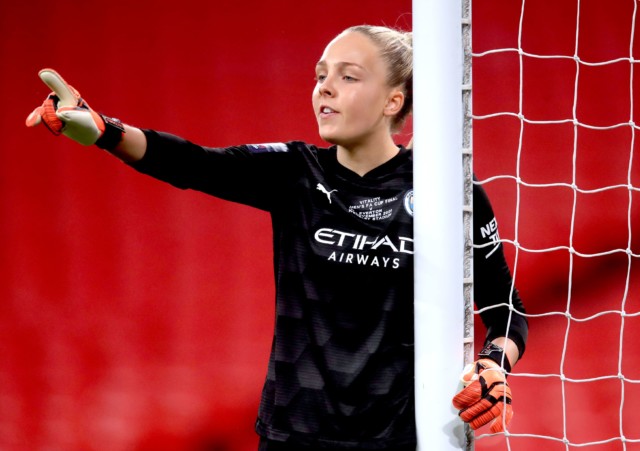 But the Academy stadium boss will be without Ellen White, Ellie Roebuck and Lucy Bronze due to injuries.

Roebuck, 21, became the latest City ace on the club’s injured list with the goalkeeper contending with a calf problem.

The England stopper did not travel to Spain with the squad who will play the first leg of the clash in their opponent’s home ground at 8:00 pm this evening.

However, it is thought the Lionesses number one will be fit in time for City’s first league game of the new WSL season against Everton on Saturday.

The club says White is receiving treatment for a medical issue and Bronze is currently recovering from knee surgery.

Ahead of City’s clash with Madrid, Taylor, 48, said: “It’s just a slight calf issue that she (Ellie) has. We’ve had it x-rayed and scanned and we’ve got the images back.

“It was tight for this game so hopefully there’s no issue regarding the (game against Everton) coming up.

“We’re obviously looking to get her back for the return fixture with Madrid. It’s just a shame really because it’s nothing too severe.”

City, who were knocked out of the Champions League quarters’ last term by eventual tournament winners Barcelona, will be hoping for better luck against the Catalan club’s rivals.

Vicky Losada, 32, one of City’s summer transfer signings, reckons her new side has enough quality to dispatch their opponents over two legs.

Losada has the advantage of being familiar with inflicting defeat on Madrid with the former Barca skipper leading her old side to a 4-0 and 4-1 trouncing of their rivals last season.

The midfielder, who enjoyed a term at Arsenal, before her five-year spell at Barcelona from 2016, hopes to net against the Spanish outfit.

And the Spain ace, who could be in line to make her European debut for City, believes the club can go all the way in the competition. 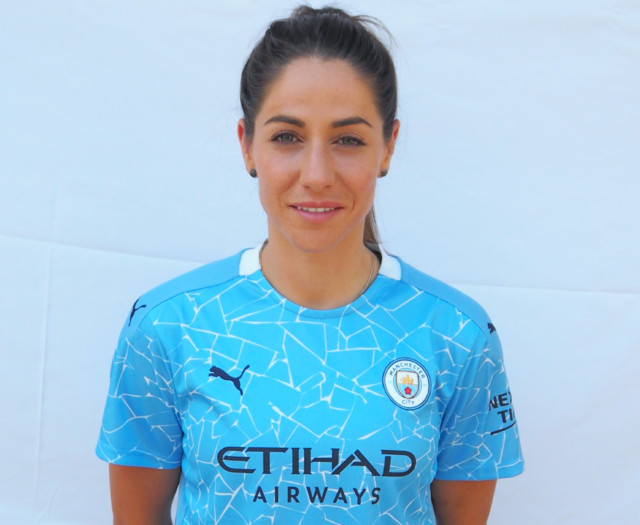 Losada told Man City’s web site: “If someone offered me my first City goal against Real Madrid, where do I sign?!

“It’s going to be a very good game for women’s football – a great game for people to watch.

“People might think that because of the name, they (Real Madrid) are an experienced team but they are not.

“This is only their second year in the Spanish league. The girls are still trying to know each other.

“They have very good, talented players but the experience we have – to have reached the quarter-finals last season and the semi-finals previously – is good.”

Losada’s sentiments were echoed by Taylor who has high expectations of what the player can bring to City’s quest for domestic and European trophy wins.

The midfielder led Barcelona to a treble silverware win last term, with the team capturing the Women’s Champions League trophy, a Copa de la Reina and a LaLiga Women’s title.

Taylor added: “Vicky brings that confidence as she knows what it takes to win and to be successful.

“I’m sure she’ll be dragging everyone across the line with her and the younger players have got a great icon to look up to. 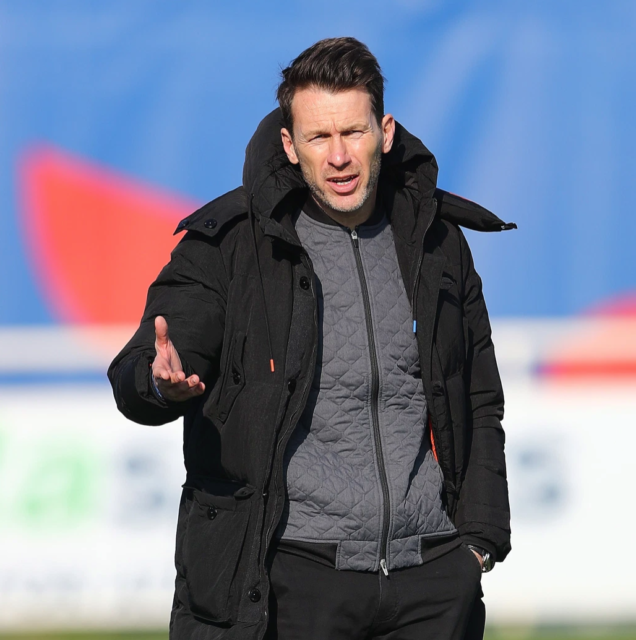 “When you play against Spanish teams, there are trends that you will see across La Liga.

“Most of the teams at this level are comfortable on the ball but we have to look at those areas where we can hurt them.

“Real Madrid are tough opponents but we are really confident about what we can do and what we can achieve.”

Real Madrid vs Manchester City in the Women’s Champions League can be watched live on the City+ at 8:00 pm this evening (31 August).