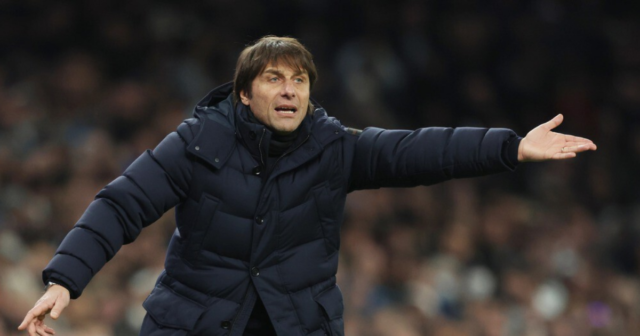 Before the mauling at the Tottenham Hotspur Stadium, Sheringham claimed Conte had ‘changed’ since he arrived at the club in November.

Sheringham called Conte’s body language ‘Spursy’ in the sense that he often goes from one extreme to another.

He said in the Sky Sports studio: “It’s very up and down. Very Spursy is how I see it at the moment.

“I think we’re gonna go a lot on body language tonight and I think when you’re being led at a football club – Conte’s body language goes from one extreme to the other.

“He’s hyper, he’s up and down the touchline and when he goes to Middlesbrough, he’s dour and looks like ‘what am I doing here.’”

Sheringham went on to suggest that Conte may have ‘got the hump’ now the honeymoon period following his appointment is over.

A dismal defeat at Burnley in February saw Conte publicly question whether he was the right man for the job.

Sheringham added: “Conte came in and gave them a real spark, I know a lot of Tottenham fans and they’re loving life that he’s there showing that determination and enthusiasm. But just recently he’s changed.

“I don’t know if he’s had problems upstairs or got the hump a bit.

“Teams need to be led and it’s a big downer when you see your manager who is normally up and down just sitting there thinking ‘whatever.’”

Sheringham though still reckoned his old side can qualify for the Champions League come the end of the season.

When asked whether Spurs can finish in the top four, he said: “Of course they can. West Ham have got Europa League. Manchester United have got their problems.

“Arsenal are the form team which hurts me to say and I was really impressed by them at the weekend and they look like they’ll get that fourth spot. But things change in football. There’s a long way to go.”

Advertisement. Scroll to continue reading.
In this article:attheclub, bodylanguage, tottenhamhotspur