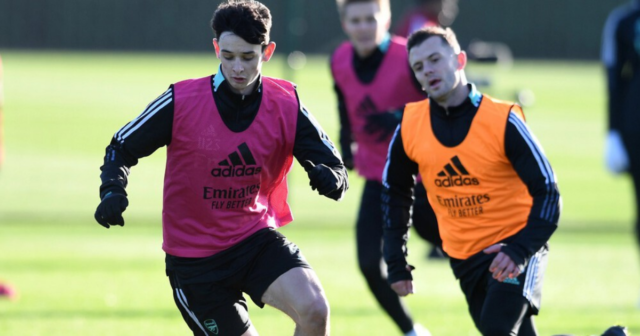 AS Covid-19 infections continue to surge in the Premier League and EFL, clubs have been told they must fulfil fixtures if they can field 13 fit outfield players and a goalkeeper.

Top-flight bigwigs have made it clear that managers will have to look beyond their first-team squads and use their young stars to fill the gaps.

SunSport takes a look at the academy kids who could light up the FA Cup this weekend.

A midfield crisis at Arsenal could see Patino earn his first senior start against Nottingham Forest at the City Ground on Sunday, with Thomas Partey and Mohamed Elneny unavailable due to the Africa Cup of Nations.

Mikel Arteta resisted the clamour to play the 18-year-old whiz for as long as possible.

But Christmas came early for the Watford-born teenager when he was handed his debut against Sunderland in the Carabao Cup last month.

And Patino instantly paid Arteta back with his first senior goal in the 5-1 romp.

The England youth international is a silky left-footed operator who can play in any of the central midfield positions.

Recently he was hailed as the ‘biggest talent’ in the Gunners academy by Martin Odegaard, after training with the first-team this season.

It’s hard to believe Fulham only signed Jay Stansfield from Exeter City in August 2019, because it feels like he has been banging in goals for the U18s and U23s forever.

During his first season with the club he was on target an eye-watering 26 times, with 18 of those coming before Christmas.

He has been sidelined a fair bit this season due to injury but in his seven appearances so far he has hit the net an impressive four times.

Fans have been itching for the English striker to get a sniff at regular first-team action, given he has only made four senior appearances.

But in his last first-team outing he staked a claim for a regular spot after inspiring the Cottagers’ 2-0 win over Birmingham in the Carabao Cup with his debut senior strike. 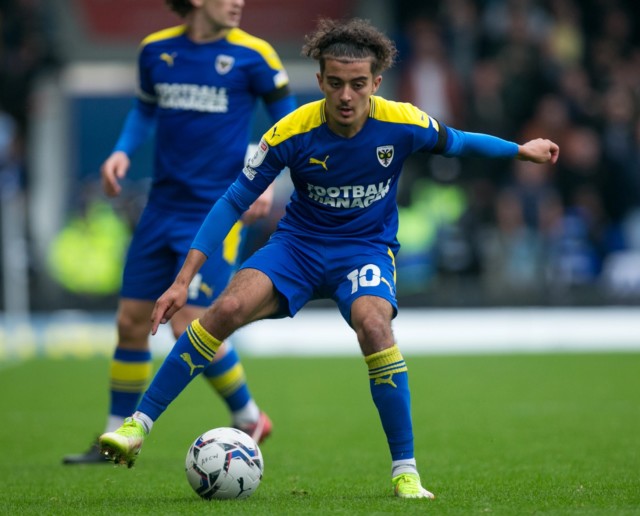 Assal is the cream of the crop when it comes to the Dons’ exciting gaggle of youngsters and could be back in action today against Boreham Wood after being sidelined due to a positive Covid-19 test.

Dons’ head coach, Mark Robinson, who was formerly academy manager, has nurtured the development of the No10, who started out at Millwall.

And the attacking midfielder has been in red-hot form since scoring on his league debut in March.

Assal, whose parents are Moroccan, has scored six goals in all competitions this season and boss Robinson hasn’t been shocked at the youngster’s scintillating start to life in the senior squad.

He said: “I’m not surprised because I’ve got massive belief in him. I wouldn’t have put him in if I thought it was a gamble.” 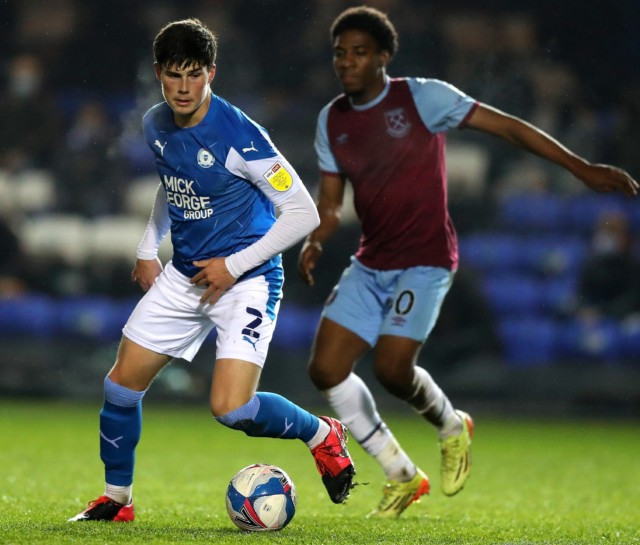 Thrust into the heart of the Posh defence after promotion, the centre-back, who turns 19 in March, has admirably dealt with the blood and thunder of the Championship.

Edwards, who signed from Barnet as a 17-year-old, impressed Darren Ferguson in pre-season and is developing all the time for a team embroiled in a relegation dogfight.

He made his England Under-19s debut in October and Posh chairman, Darragh MacAnthony, has tipped him to reach the top flight.

There will be eyes on him this weekend if he features against Bristol Rovers with Peterborough director of football Barry Fry recently revealing that 18 scouts from Prem clubs have watched Edwards in action for the U23s.

He said: “It’s no secret how highly Ronnie is rated by other clubs and by the England set up.” 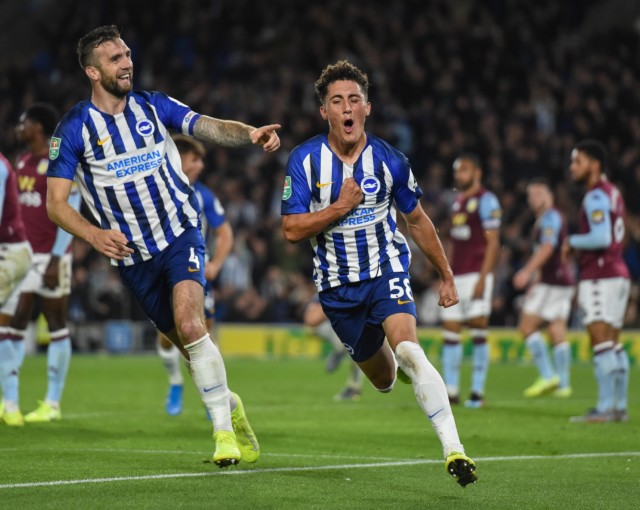 The Brighton-born centre-back has flourished in the youth set-up of his hometown club since 2015.

He is viewed as a mobile, ball-playing centre-back and made his pro debut in September 2019 in the Carabao Cup defeat to Aston Villa.

Fans were left drooling at his man of the match performance that day, where he scored the Seagulls’ only goal in the 3-1 loss.

He spent last season on loan at Rochdale, clocking up 25 appearances in their unsuccessful bid to avoid the drop from League One.

And boss Graham Potter has hailed him as a ‘really exciting player’ and one that ‘has attributes to play in the Premier League’. 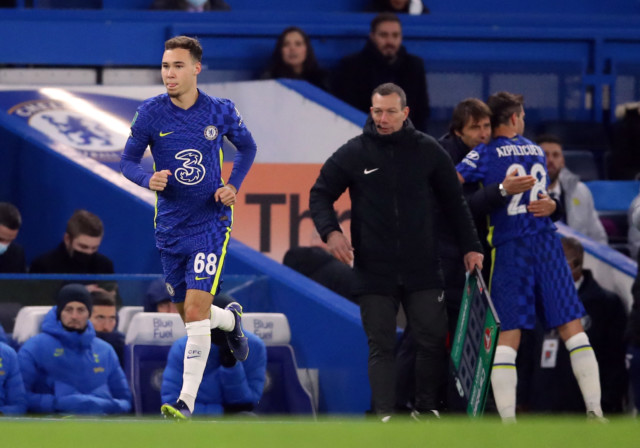 Vale has already crept into Thomas Tuchel’s thoughts during the club’s Carabao Cup run and he could easily star against Chesterfield on Saturday.

The 18-year-old Blues wonderkid made his second appearance for the club in the 2-0 win against Spurs, just weeks after making his debut in the quarter-final against Brentford.

He joined Chelsea from Fulham – where he once played a game in goal – at the age of 13, and has risen through the youth ranks.

This season, he has been a revelation for the U23s – with Tuchel keeping close tabs on him. 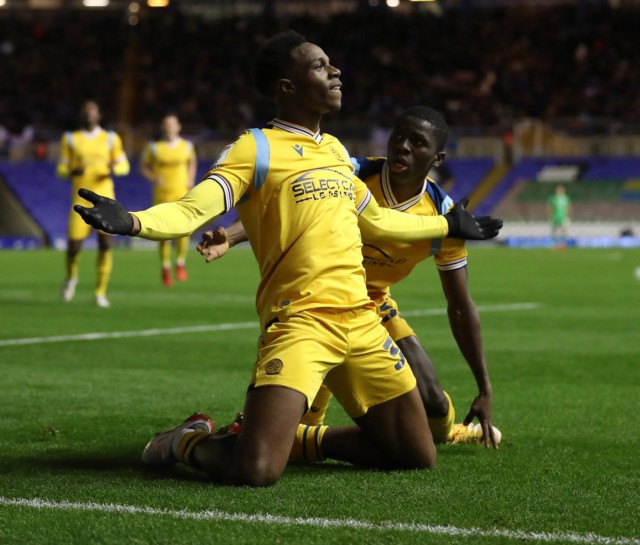 Clarke toasted his full senior debut with a crucial double in Reading’s 2-1 win over Birmingham City in November.

His brace capped off what has so far been a rapid rise through the ranks.

At the time of Veljko Paunovic’s appointment in August 2020, Clarke was a 16 year-old plying his trade in the Under-18s.

It wasn’t until late November that he’d made the first of his two cameos for the Under-23s that season.

And he came off the bench in the League Cup at the start of this term.

Despite increasing clamour for Clarke to get more game time, Paunovic has distinctly ignored those calls.

The youngster has been handed just ten appearances off the bench – but he could turn his gaffer’s head by scoring to sink Kidderminster Harriers on Saturday. 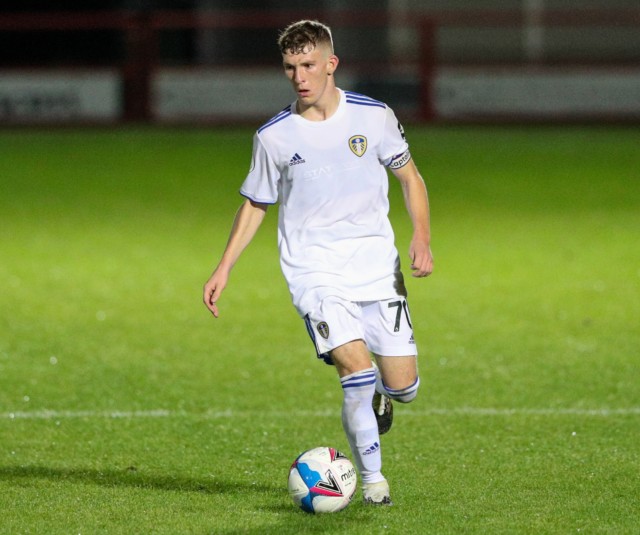 Charlie Allen could be thrust into the Leeds XI for their FA Cup tie this weekend.

Teenage midfielder, Charlie Allen, 18, has not made a senior appearance yet but in the event of further Covid cases, the Belfast-born youngster could find himself pressed into action to get a game on.

Allen has racked up 15 appearances for the club’s U23s in central midfield and has also previously played four times for Linfield FC in the Premiership of the Northern Ireland Football League.

He made his debut for the Irish side in April 2019 aged just 15 years, five months and five days, becoming the first-team’s youngest-ever player.

The versatile Leeds whizkid can play in attack or midfield and fans have compared him to Chelsea teen Billy Gilmour.

He could feature against West Ham on Sunday. 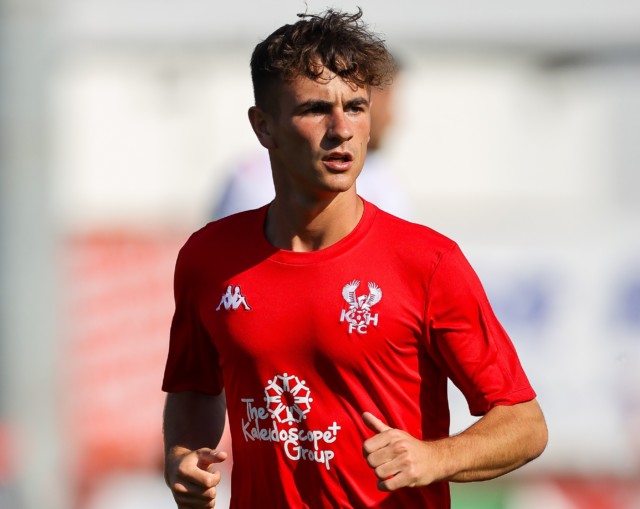 Aged just 17, Jack Tolley is likely to play against Reading in the FA Cup this weekend

Highly-rated winger Tolley has broken into the Kidderminster first-team this season at just 17 years old.

He was included in the senior squad for the first time in September, having impressed in the youth ranks and during pre-season.

And he could be called upon against the Royals on Sunday, with the new Omicron Covid-19 variant continuing to wreak havoc on non-league squads.

When asked about being one of the only Harriers academy aces to break into the senior squad, he said: “I want to stay here as long as I can. I’m loving every second.

“I’m pushing myself and the first-team boys and they’re pushing me. It’s a great environment to be around.” 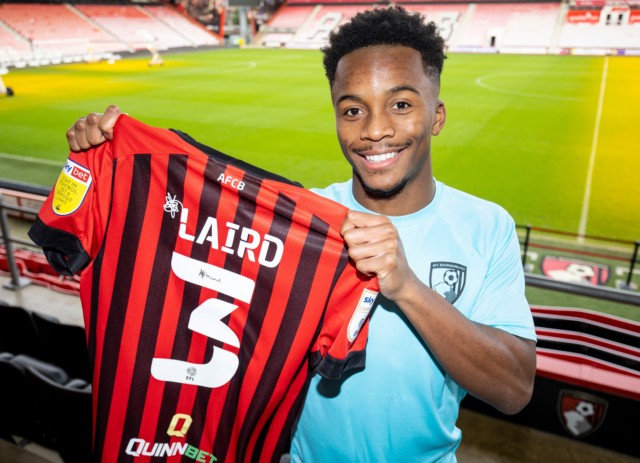 The Manchester United academy prospect arrived at the Cherries on loan until the end of the season on Thursday.

The right-back could be thrust into first-team action against Yeovil Town on Saturday and help the Cherries towards their third clean sheet on the bounce.

England Under-19 international, Laird, spent the first half of the campaign on loan at Swansea, where he made 21 appearances for the Cherries’ rivals.

But he made only two senior appearances at United, both coming in the 2019-20 Europa League.

“I’m confident he can help us build on what has been an excellent first half of the season.”