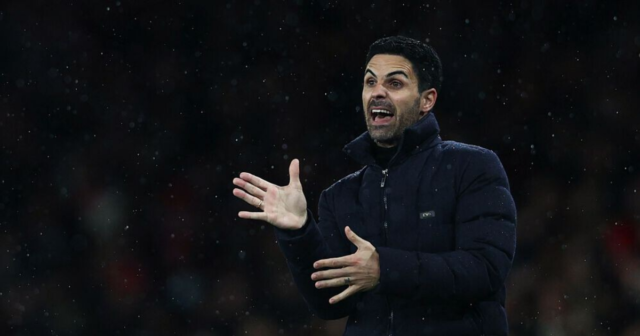 ARSENAL boss Mikel Arteta has hit out at the Premier League over the club’s congested fixture pile-up.

The 39-year-old sarcastically thanked top-flight chiefs with the Gunners to play their third match in the space of six days when they face Aston Villa on Saturday.

The North London outfit beat Leicester 2-0 at the Emirates on Sunday, before hosting Jurgen Klopp’s Liverpool on Wednesday night.

And following their 2-0 defeat against the Reds, they are now preparing to face the Villans in the Midlands in Saturday’s early kick-off.

Arsenal also have another tight run next month when they pit their wits against Manchester United and Chelsea three days apart.

Arteta has been left furious by this week’s pile-up as he ranted about the situation in his post-match press conference. 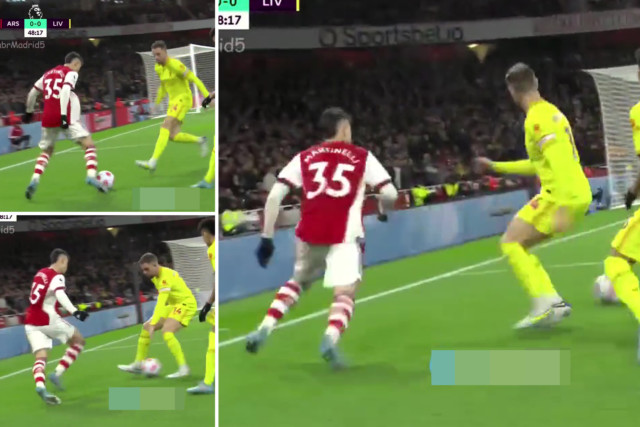 Martinelli leaves Henderson for dead with brilliant skill against Liverpool

He said: “Thank you so much to the Premier League to do that.

“And they’ve done it again when we have to play Chelsea and Manchester United.

“So if they want to give them any advantage, I say to them today, thank you so much for doing that.”

Asked if the players would be fit for the weekend’s match, Arteta aimed another dig at the Premier League.

He remarked: “Yes, one hundred per cent, don’t worry the players will be there on Saturday with the energy.

“They will sleep, eat well, but thank you so much to the Premier League for putting the fixtures like this, it’s very, very helpful.”

Pressed on whether Arsenal had raised this to the Premier League, he added: “Yes, absolutely. Because it’s not fair what they’ve done.