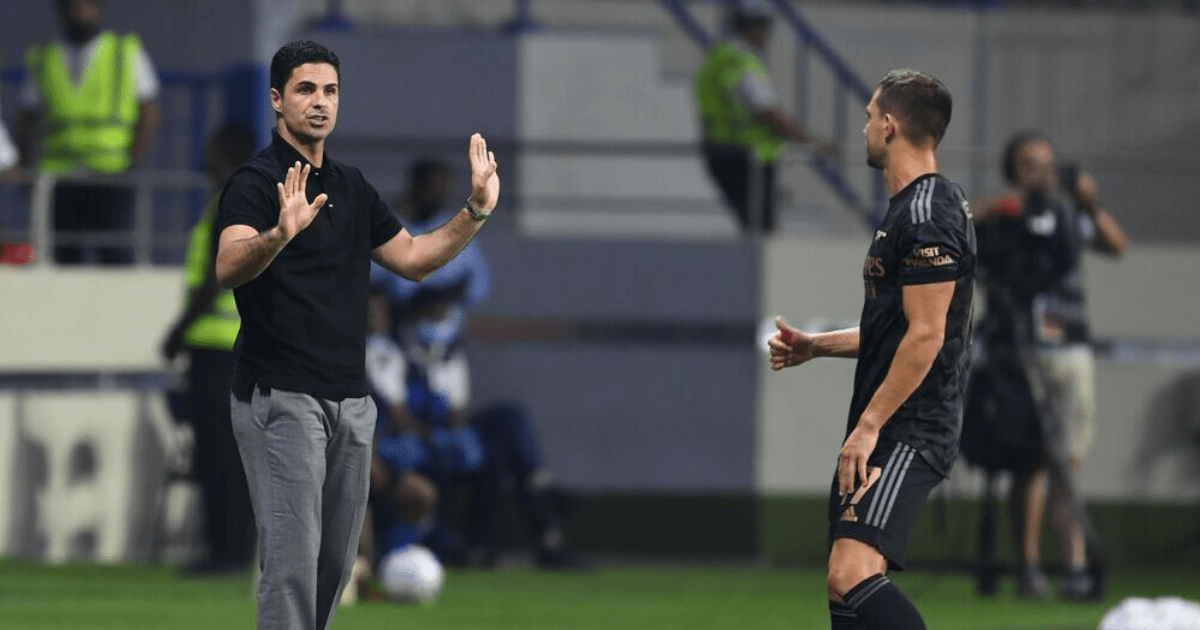 MIKEL ARTETA produced a blast from the past as he tested out Arsenal’s flair for the future.

The Gunners boss wowed fans with a magical piece of control as the ball spiralled out of play during the 3-0 win over Lyon in the Dubai Super Cup.

And with Arsenal five points clear of Manchester City ahead of the Premier League return at Christmas, one fan said: “That’s a top of the table touch.”

Gabriel Magalhaes, Eddie Nketiah and Fabio Vieira put the smooth-looking Gunners out of sight before Arteta brought on his youngsters for the second period.

And in one nonchalant moment the Spaniard showed his 2011-2016 stint as a midfield stylist at the Emirates should never be out of mind.

As the ball came spinning towards him from a great height, he kept his left foot planted as he stretched his right leg behind him to take it down with his heel.

He was also labelled “super Mikel” and one misty-eyed marveller noted: “Someone that was a midfield maestro. El Capitano.”

One player who aims to inherit Arteta’s mesmerising mantle is Fabio Vieira.

The Portuguese starlet bagged the third and finest of Arsenal’s first half salvo against Ligue 1 Lyon.

Magalhaes headed the opener and Nketiah drilled the second into the bottom corner.

Then Vieira curled the type of curler into the far corner that might have left some observers wondering if he deserved a place at the World Cup.

But injuries have undermined the 22-year-old’s debut season in the Prem since arriving from Porto.