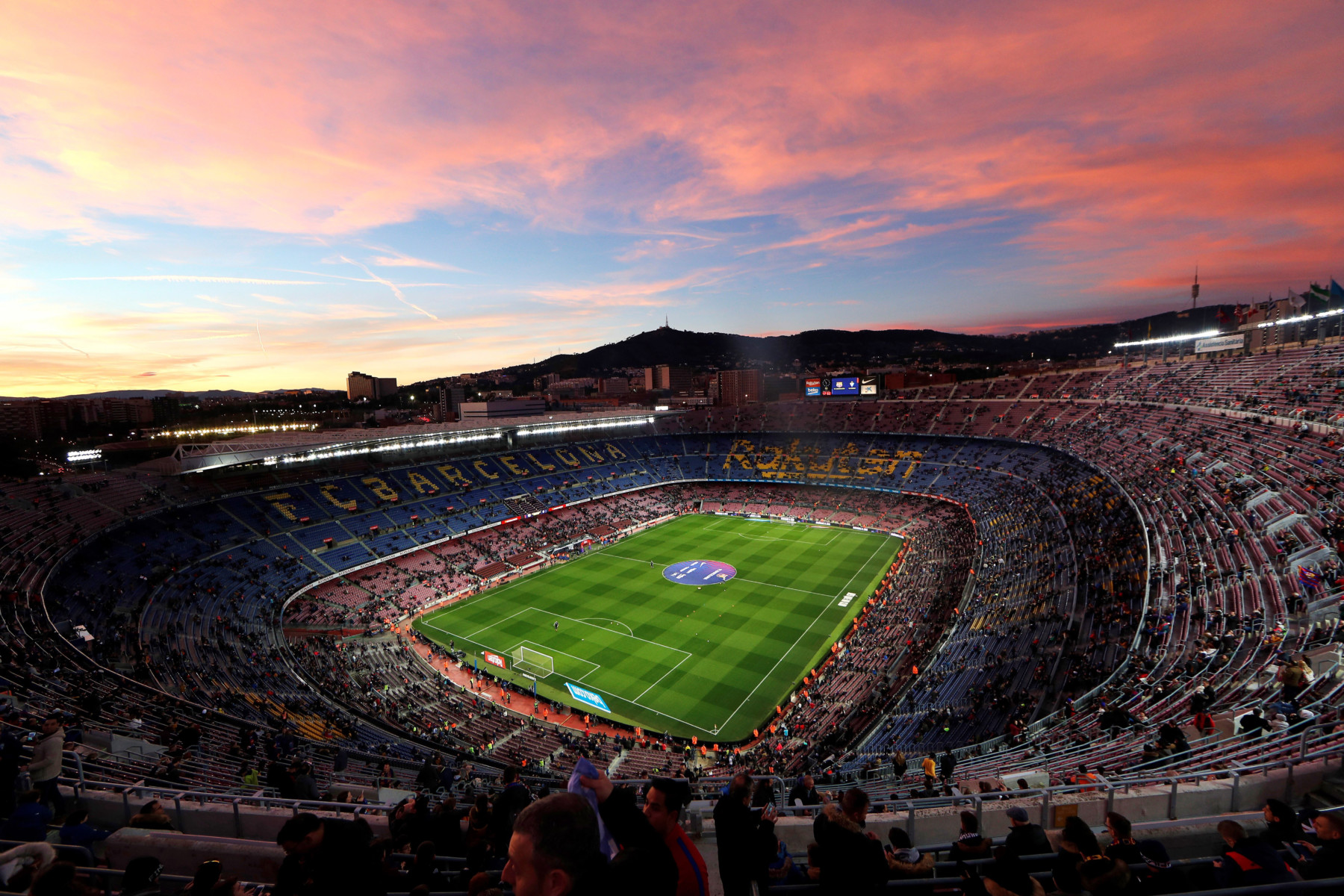 BARCELONA’S Nou Camp is the most photographed football stadium on Instagram.

The iconic 99,354-capacity fortress is the most popular ground worldwide with social media savvy supporters – but Anfield is the favourite in England. 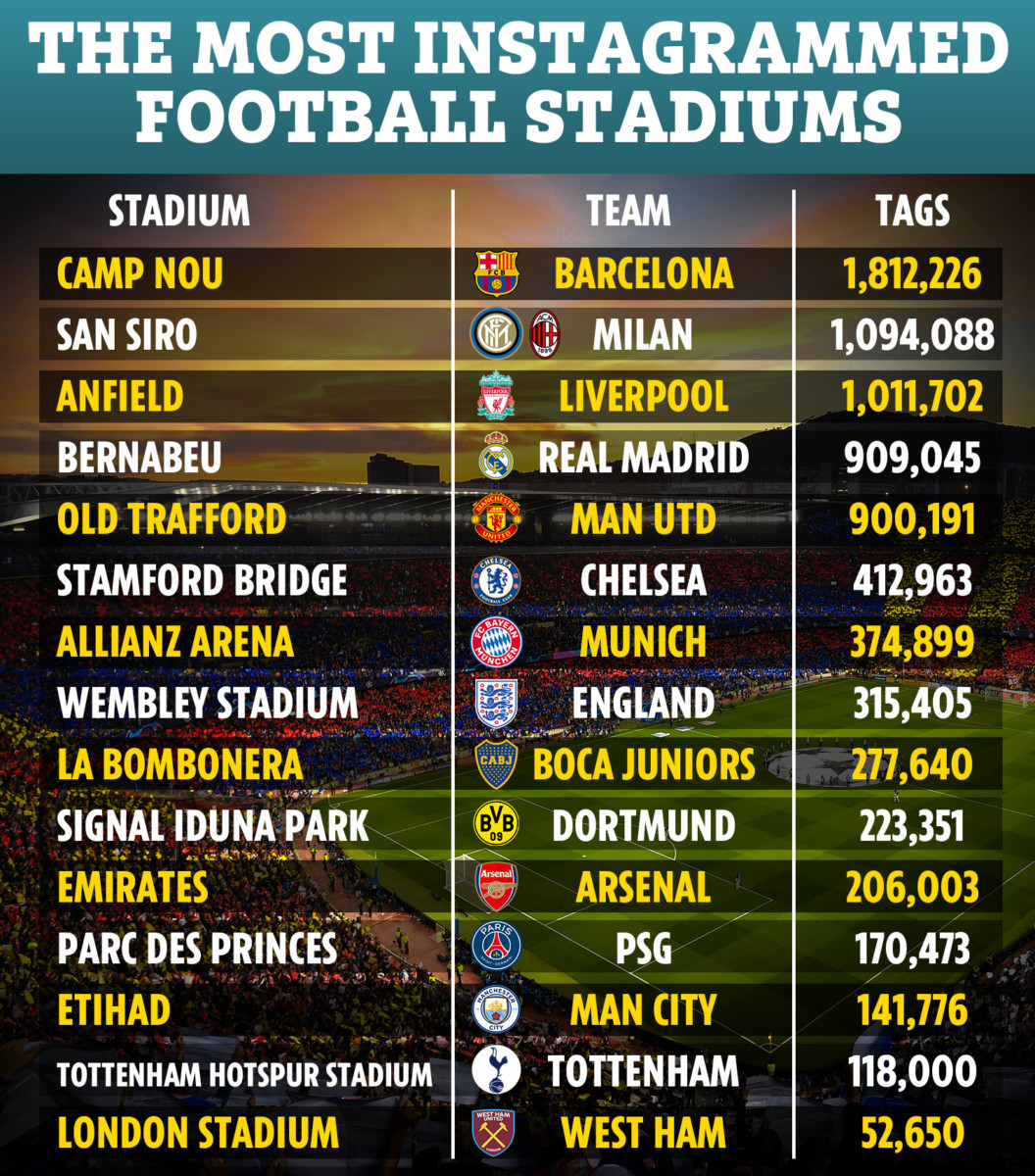 Incredible statistics pulled together by Ticketgum.com revealed how many pictures of the grounds had been shared to the popular app.

The number of hashtags used for the 15 most well-known stadiums were counted – and it produced some surprising results.

Over 1.8million users had shared snaps of the Nou Camp – which is the largest stadium in Europe.

Next in line was the San Siro stadium in Milan which is home to AC Milan and Inter with 1,094,088.

Liverpool secured the final podium spot despite only boasting a capacity of 54,074.

Over 1million pictures of Anfield have been shared to Instagram – which puts them ahead of Real Madrid, Manchester United, Chelsea and Arsenal.

Real Madrid racked up 909,045 while Manchester United’s stadium, commonly known as the Theatre of Dreams, had 900,191.

Fans clearly weren’t too impressed by Chelsea’s Stamford Bridge stadium as only 412,963 pictures had been shared.

The bottom of the pile was West Ham’s London Stadium with just 52,650.

In total, supporters used 8,020,412 tags to show off pictures of the various grounds around the world.