The Bulldog is 42 and still in great shape – but I may need a bit of Botox, says ex-Premier League ace Jimmy Bullard
Advertisement 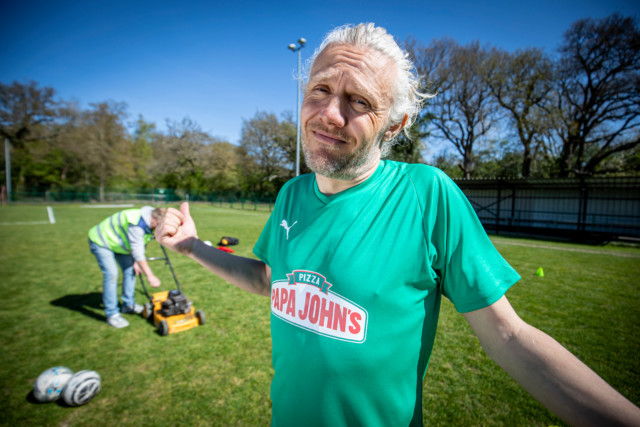 A LOT of footballers let themselves go after hanging up their boots – but not Jimmy Bullard.

The 42-year-old former Premier League ace insists there is no better or fitter “washed-up” player his age who can still do a job on the pitch.

And he puts it down to the mantra he lives by — “look good, play good” — which his father ingrained in him from an early age.

In an exclusive chat with SE, Jimmy said: “I’ve always tried to look as good as I can. I was taught that by my dad — ‘Be as fit as you can, never look untidy’.

“But I’ve changed my image since I played football. I’ve got the man bun now.

“The fashion, I’ve always liked it. You’re in front of camera, always try and look good. My image has always been big for me.

“I always smell good, always look good, or especially in my eyes.

‘TRIM AS A BUTCHER’S DOG’

Nicknamed The Bulldog, Jimmy’s confidence in his continued ability comes in part from the various challenges he undertakes on Sky’s Soccer AM, which he co-hosts.

“If I look good, I feel good and I produce. It always has been.

“Name me another washed-up football player, 42, [who’s] still got the power but [can] back it up with a bit of a producement. Who can do that?

Advertisement. Scroll to continue reading.
Jimmy starred on I’m A Celeb in 2014 alongside Melanie Sykes 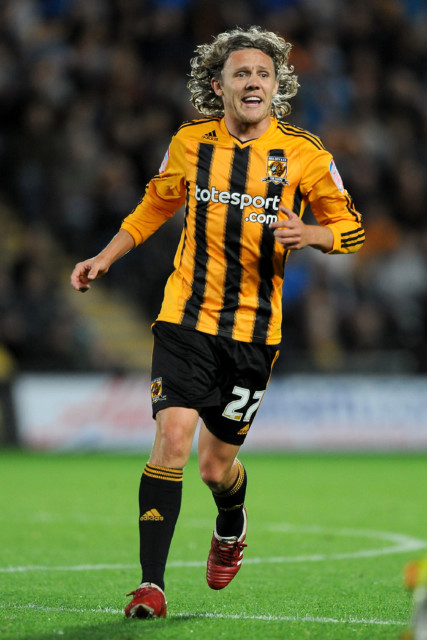 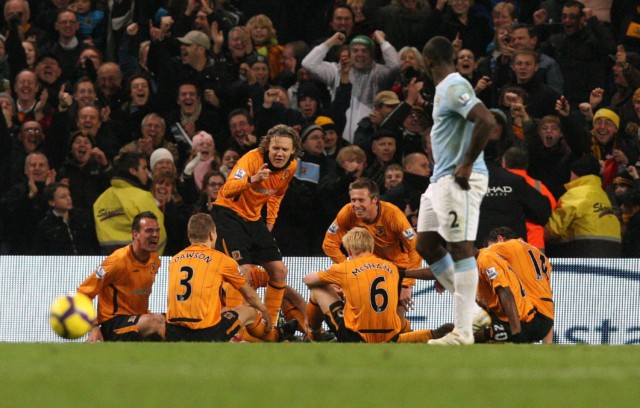 When Jimmy scored for Hull against Manchester City in 2009, he went viral for celebrating the goal by mocking their manager

“There aren’t a lot out there, I’ll tell you that for nothing.”

When I mention Peter Crouch, Jimmy goes into a rant: “Listen, you give Crouchy a golf ball and a golf club, can he chip it in the bin first time? No. I can.

“Crouchy ain’t in the Bully’s league.”

But he clarified: “I love all the boys. Listen, I just love my gig. I absolutely love it.

“If we’re talking Soccer AM, that ain’t work. We have a mess around with the boys, we interview a few bits of talent, in the car park we go, kick a ball about, we’re the boys and girls. Bang. Done.”

Despite his confidence, Jimmy does say he might need a bit of enhancement such as Botox to keep him looking young and on screens for a little bit longer.

“I might be getting a filler in that just to chill it out a bit.

“But to be honest, I’m half looking at it now and I’m all half going, ‘I think it makes me’. Some frowns make you, don’t they?

“So I dunno about that and I don’t like needles.”

Born in East London, Jimmy started out at amateur team Corinthian in Kent before enjoying a long career in the top division with teams including Hull City, Fulham and Wigan Athletic.

He got an England call-up under manager Fabio Capello in 2008 but failed to make an appearance, something Jimmy called a “kick in the b*****ks”.

Presenting a morning show has meant he needs to rein in the language of the football pitch and become a bit more politically correct.

Jimmy said: “It comes down to respect. You know people around you, people behind camera, viewers. You must have respect for each other.

“That’s one thing I’ve always tried to have is respect for others, whatever environment you’re in. If you’re talking about being PC, that is respect.

“Knowing what’s around, knowing what background others come from, who they are. You’ve got to learn and that comes from people management being in a football team. 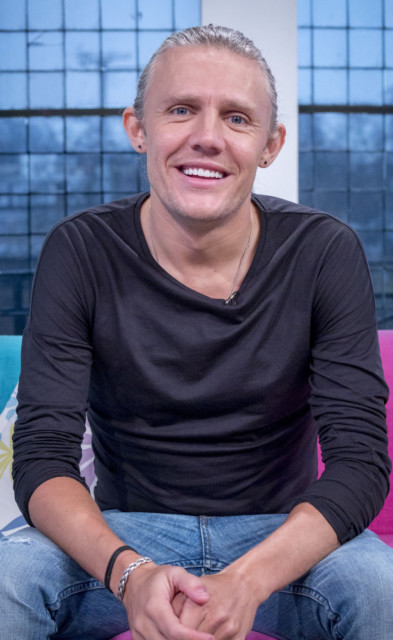 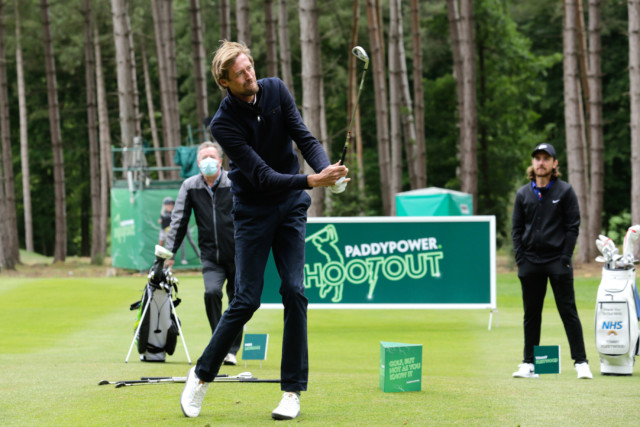 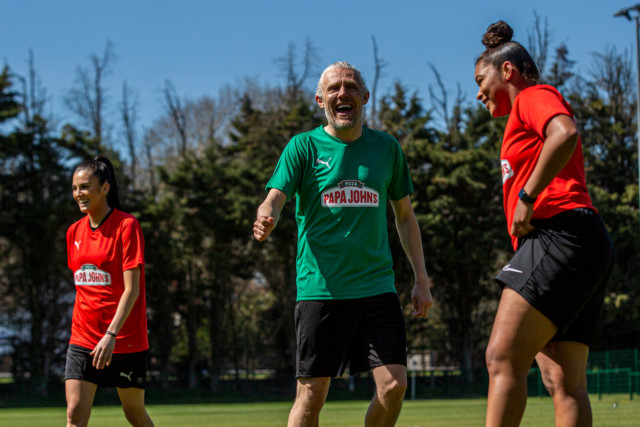 Jimmy teamed up with Papa John’s to dish out £100,000 to grassroots clubs that have been hit by the Covid restrictions

“I learned that a long time ago, respect the people around you. It’s a bit of a crossover being PC, being respectful for others around you.

“I’ve had to change my way a little bit — that rawness.

“I can be a bit of a swearer and a shouter at times but I’ve learned to sort of wind my neck in a fraction and it comes with age as well.

“Can you imagine me on camera at 24? I wouldn’t have lasted two weeks.”

But he admits there is still a different Jimmy to the Bulldog we see on screens every Saturday.

He said: “When I’m at my highest, like Bulldog being his nuttiest, course there’s a difference of Bulldogs — sitting indoors being with his family — there’s a big difference — or Jimmy going fishing.

“I have a number of different scales all the time. Up and down like a yo-yo. I’m going for a pint now. I’ll be crackered in an hour and I’ll wake up tomorrow morning and I won’t be as crackers.

It seems that characters like Jimmy and his hero, Paul Gascoigne, 53, are disappearing from football.

How many players would celebrate a goal by mocking their manager nowadays?

When Jimmy scored for Hull against Manchester City in 2009, he went viral for doing just that.

The season before during the same fixture, manager Phil Brown brought his players on the pitch for a half-time dressing down in front of the fans following a poor first 45 minutes. 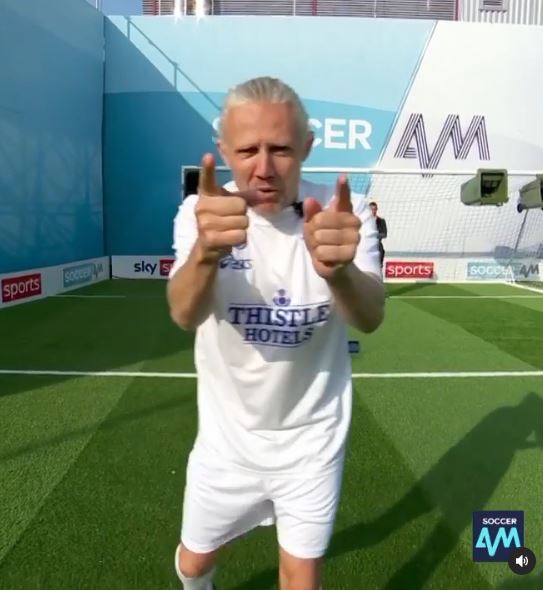 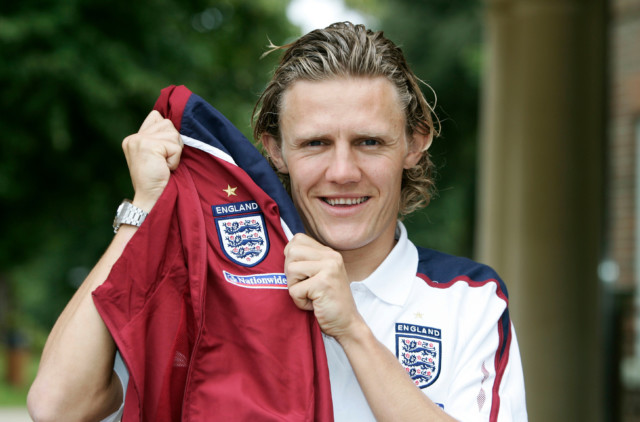 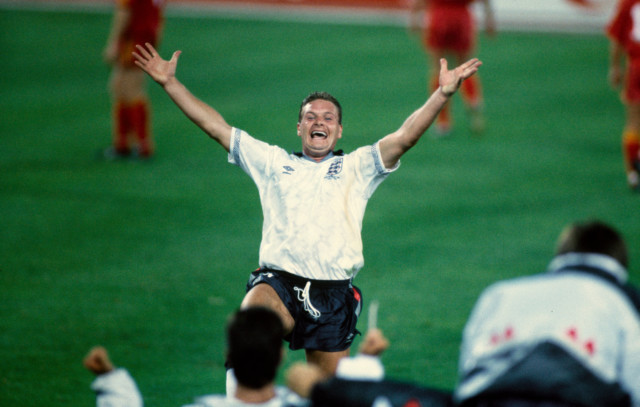 It seems that characters like Jimmy and his hero, Paul Gascoigne, are disappearing from football

Jimmy recreated it by wagging his finger at the majority of the team.

The former midfielder does however believe there are still characters like him in the game.

He said: “I just think clubs now are very guarded, they pay these players a lot. There’s obviously characters within their clubs. Characters will never stop.

“Back in the day when we had the Gazzas of the world and this and that, it’s changed now, the world of football’s changed.

“I’m telling you now if you went in the dressing room, you would see the characters.

“One thing I’ve known about TV, everyone’s different. The great Ian Wright is the closest person I know from off camera to being on camera.

“It’s an art skill to actually be yourself on camera. Especially being in a PC world, it is really hard, you’ve only got to say the wrong word, the wrong sentence at the wrong time. Boom, it’s on you.”

Jimmy recently teamed up with pizza firm Papa John’s to dish out £100,000 to grassroots clubs that have been hit by the Covid restrictions.

I point out that the money is worth a lot to the clubs at grassroots level, something he knows all about, having played for my local team Ebbsfleet United, who are based in Gravesend, Kent, and are near the bottom of the football pyramid.

He replied: “Monster! Soon as I heard about it, £100,000 given away to grassroots football to help up and down a ladder, whatever it may be, it will go a long way for these clubs, electricity bills, new kits etc.”

Jimmy added: “It’s gonna help many people inside that club and the football club itself. 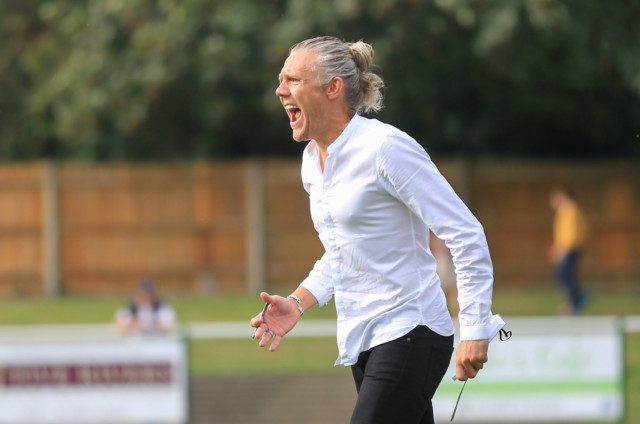 “They’re so reliant on fans, especially after this pandemic. It couldn’t have come at a better time.

“If you’re trying to bracket, it’s almost like millions to a Premier League club.”

Now that cause is definitely a good look for the Bulldog.