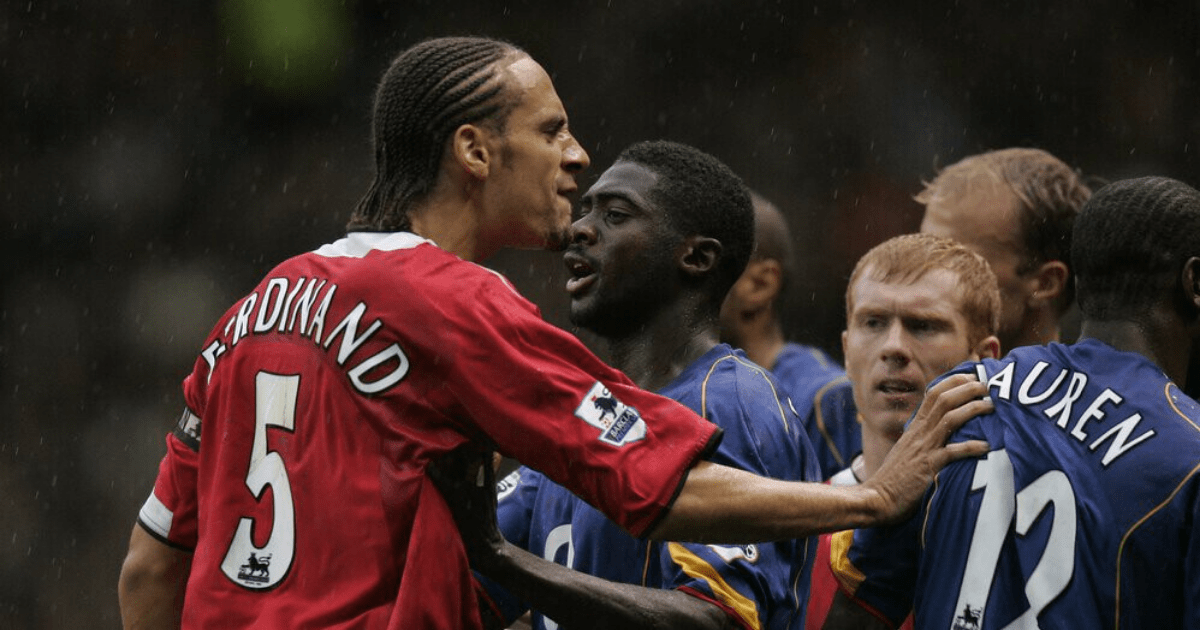 The Scot’s infamous battles with then-Gunners boss Arsene Wenger personified the hatred between the two Premier League title rivals in the late Nineties and early Noughties.

And Red Devils legend Rio Ferdinand revealed Fergie would often belittle Arsenal during team talks at the height of the bitter rivalry.

Ferdinand said: “Sir Alex Ferguson used to say, ‘get in their faces. They don’t like it, they can’t deal with it. They’re babies.

“’Get right up against them and you’ll win this game. Rio, you’ll overrun them, you’ll overpower them.’”

United and Arsenal were the only Prem champions for eight seasons folowing Wenger’s Highbury arrival in September 1996.

The Red Devils edged it five crowns to three but Arsenal capped the period with their unbeaten Invincibles campaign in 2003-04.

Fergie was a mind games master and would also talk down about Liverpool ahead of ferocious North West derby battles.

Speaking to William Hill’s Stripped Podcast, Ferdinand added: “The most iconic team talk Sir Alex ever gave was when we played Liverpool at Anfield.

“He said: ‘I don’t need to talk to you, really. It’s the worst Liverpool team I’ve ever seen on a team sheet’. That was it. We won that day.”

The Dane joined the Red Devils on a free transfer over the summer and immediately became a fixture in Erik Ten Hag’s side.

Asked what he wants to see in a player, Scholes, who made over 700 United appearances, told Gary Neville’s Overlap: “Intelligence, clever players with a brain.

“Yeah, [Eriksen is] brilliant. A perfect example of a player who plays with intelligence, plays with his brain.

“He is just a clever player. He knows where he is on the pitch and where other players are on the pitch.”

Sir Alex Ferguson and Ferdinand with the 2013 Premier League trophy