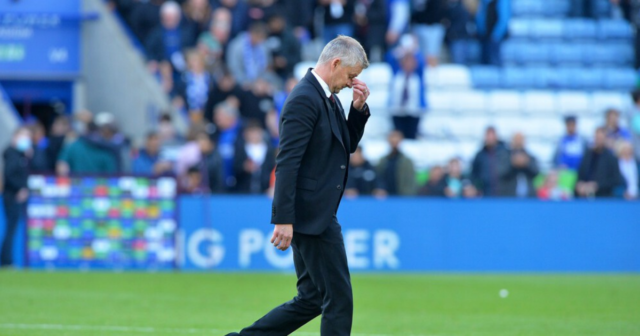 MANCHESTER UNITED are not good enough to challenge for the Premier League title, according to Gary Neville.

The Red Devils have not won any of their last three league matches and were beaten 4-2 by Leicester on Saturday afternoon.

Manager Ole Gunnar Solskjaer has come under fire following the poor run of results as his side slipped to fifth in the table.

And Neville believes his old club are unable to challenge Manchester City, Liverpool and Chelsea for the title in their current state.

Speaking on Sky Sports, he said: “They are nowhere near good enough. The moment they start to play half decent teams they’re going to struggle.

“It’s been scrappy and scruffy to watch, so when you play against a team that’s got an organisation to them, a methodology, you’re going to get pulled apart and that’s what happening.

“They’re nowhere near good enough out of possession, they’re the weakest out of those at the top of the league without a shadow of a doubt in terms of general pressing – they don’t press.”

He added: “We’ve seen the team that’s been picked today (at Leicester) with Greenwood, Sancho, Ronaldo, Pogba and Fernandes in. Five of them. I wouldn’t want to be a defender in that team.”

Neville then addressed the criticism of Solskjaer as United enter a crucial period of the season.

“They won’t do anything with the manager, ultimately the club are stable in that respect of what’s happened in the last 10 years, they recognise they’re going to go through these moments.”

Man Utd now have a run of fixtures including two games against Atalanta in the Champions League and Liverpool, Tottenham and Manchester City in the Premier League.