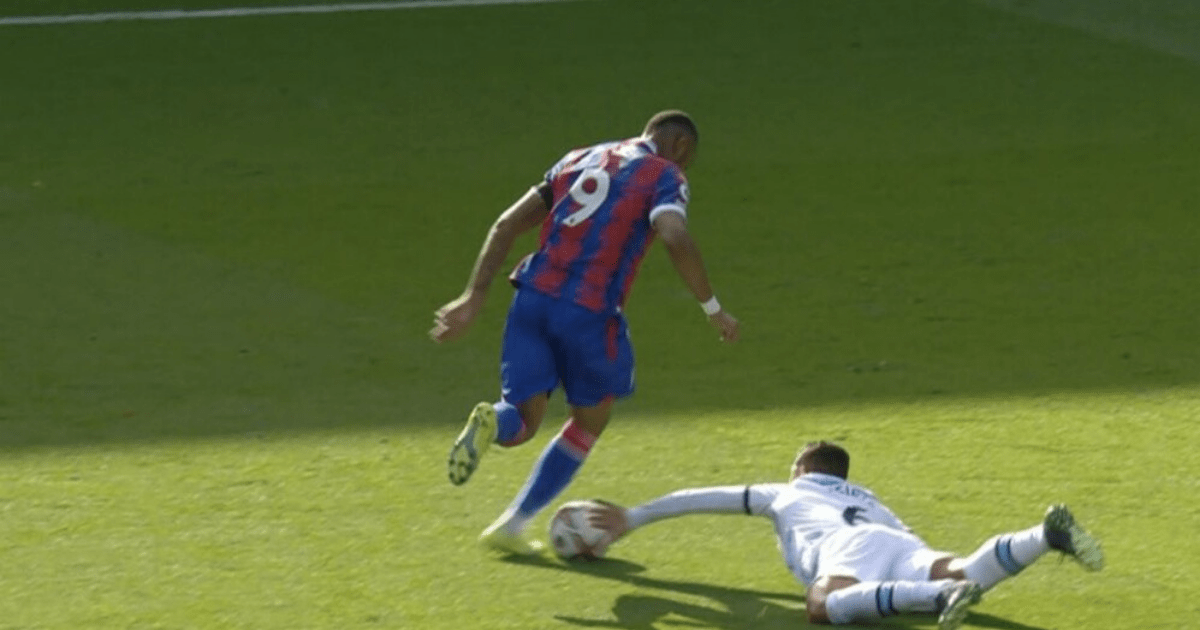 FOOTBALL fans were left baffled after Thiago Silva was not sent off for a deliberate handball against Crystal Palace.

The Chelsea defender put his arm out and purposely swatted the ball away from Jordan Ayew with Palace on the attack.

Silva was shown a yellow card for his handball

The incident occurred when Silva, 38, hit the deck under a challenge from Ayew.

He thought he should have had a free-kick, but when the whistle didn’t come he used his hand to push the ball away from Ayew’s feet.

With the striker looking like he was through on goal, the home crowd expected Silva to be shown a red card.

But to the dismay of Selhurst Park, referee Chris Kavanagh only brandished a yellow in Silva’s direction.

VAR did check the incident to see if Silva denied a goal scoring opportunity, but stuck with Kavanagh’s on field decision.

Another said: “How has Thiago Silva stayed on. That’s the clearest red you’ll ever see and VAR checked it.”

And a fourth wrote: “How did VAR look at that play and not give Thiago Silva a red?”

To make matters worse for Palace, Silva then got the assist for Pierre-Emerick Aubameyang’s equaliser.

The veteran defender headed the ball into the striker’s path for him to slam home past Vincente Guaita.

Earlier in the game Odsonne Edouard had scored to put the home side ahead as the Graham Potter regime continued to get off to a stuttering start.