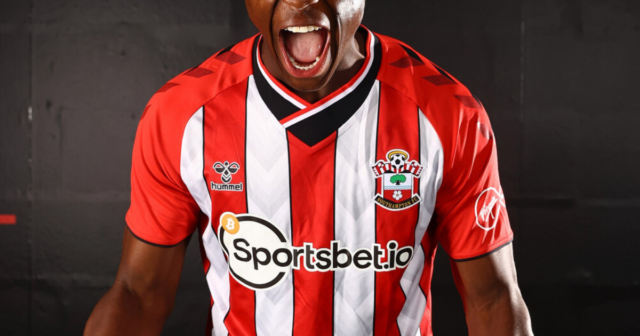 EXCITING prospect Thierry Small will be continuing his football education on the South Coast.

The promising left-back, 17, has put pen to paper on a deal with Southampton, after interest from the likes of Arsenal, Bayern Munich and Juventus.

Thierry Small has been unveiled as a Southampton player, after interest from Arsenal, Bayern Munich and JuventusHis uncle Bryan Small came through the ranks at Aston Villa

Last season, Small became Everton’s youngest ever player when he appeared in a FA Cup tie against Sheffield Wednesday aged just at 16 years and 176 days old.

It was the defender’s destiny that he would become a footballer.

After all, his uncle was Bryan Small, who played for Aston Villa in the 1990s.

BORN IN THE MIDLANDS

Thierry was born and raised in Solihull.

He grew up playing Sunday League, before he was scouted by Villa – and it appeared he would follow in his uncle’s footsteps.

However, he wasn’t deemed good enough yet and ended up at rivals West Brom.

“I was playing for my local team when Aston Villa approached me and offered me to train,” he told OneFootball.

“But after having my trial they didn’t take me on, they said I wasn’t good enough technically. So West Brom came in for me – who instead looked to utilise my pace and strength.

“They felt they could teach me the technical side later on. Soon after West Brom came in, Villa wanted me back and Birmingham City too, but I’d already committed.”

At 11, Small’s progression was tracked by Everton – who were reportedly said to have followed him for two years.

It meant that he had to leave his family home behind and move away – the sacrifice of wanting to achieve his ambition of becoming a professional footballer.

He revealed: “Of course, it was a very hard decision for me and my family [to leave home at such a young age].

“But we thought you only get one chance at this – it was an opportunity we couldn’t turn down.

“There was great schooling on offer, a great chance to improve myself as a footballer and Everton are known for their academy and developing players.” 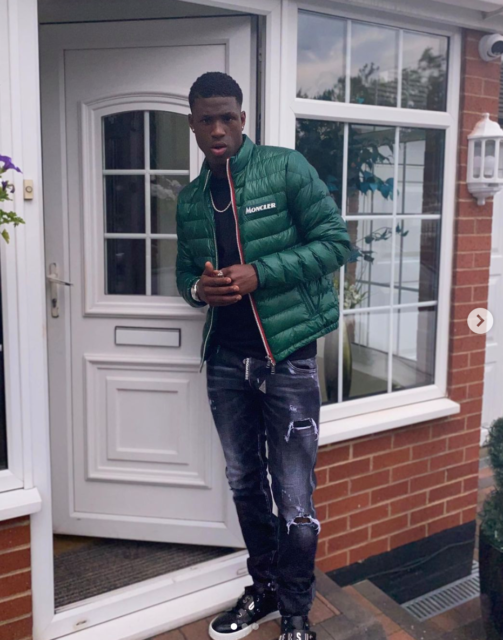 When he was 11, Small left home to chase his dream of becoming a footballer 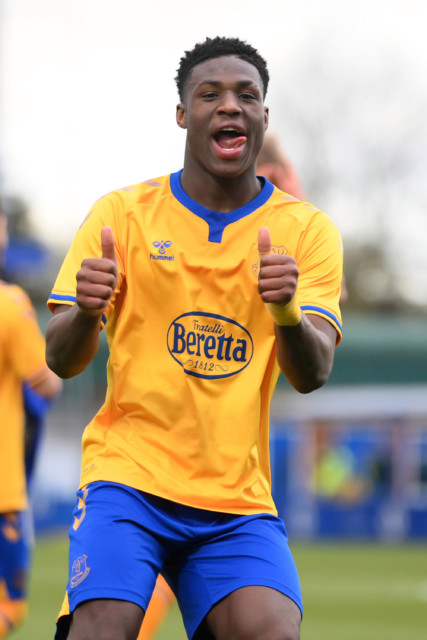 Thierry jumped at Everton’s offer and progressed through the ranks

Without his parents by his side, Small could’ve struggled.

But he knew what he had to do and treated the experience like having a job.

“I had to go to school, go to football, wake up early, finish late at training, it was almost like a job,” he said.

“But I was still enjoying it and I was absolutely ready for that sacrifice.

“There were hard days and difficult moments, I had to deal with those myself. But it helped me to mature and grow as a person – probably a lot quicker than most others.”

Because of his parents’ belief behind him, Small is thankful they let him follow his dream.

“My family have played a huge role in my success. They keep me grounded, keep me level-headed, but I’m well aware it’s been difficult for everyone.

“I’ve obviously lost a big support network in my parents but also for them, they lose their child in a way. Their lives have totally changed because of my situation.

“People used to ask my mum ‘don’t you think it’s a bit early for Thierry to leave home?’ and that got to her. 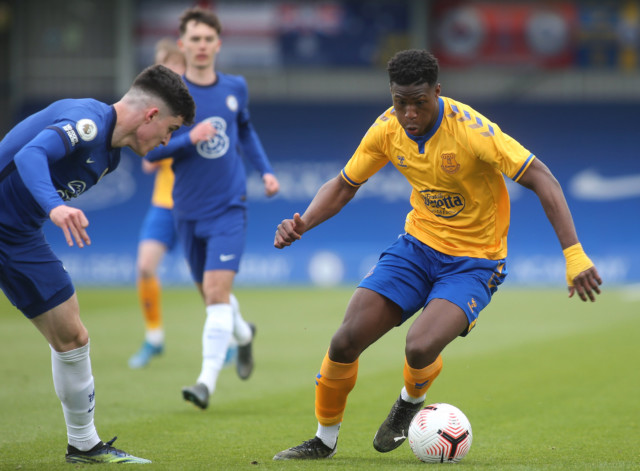 Despite the hardship of being away from his family home, Small was determined to become a success 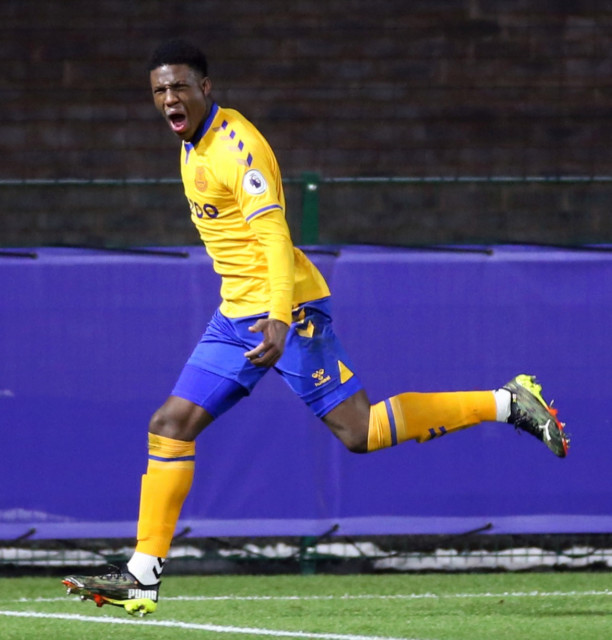 Small is thankful for the support of his parents

“It’s normal to doubt yourself, to think if you made the right decision.

“But that’s why I’m so grateful to her for giving me the opportunity.”

However, any doubts would’ve been completely quashed on January 24, 2001, when Small made his debut for the Toffees.

He began on the bench, before he got a call from Carlo Ancelotti’s assistant Duncan Ferguson that he would be making his bow against the Owls in the cup.

“I was so nervous on the bench,” he said.

“One minute I’d be really excited and be desperate to get on the pitch and the next, I had butterflies in my stomach.

“But when Dunc [Duncan Ferguson] told me to warm up and said ‘you’re coming on’ – I was absolutely buzzing. Ancelotti even called me over and said ‘you’ve still got time to score a goal’ which would’ve been a special moment.”

Interestingly, Thierry found out 48 hours before the game that he would be in the matchday squad.

The first person he rang for advice was his uncle, Bryan who played more than 30 times for Villa in the top flight.

“He told me to keep things simple, to just express myself and be calm,” Thierry divulged. 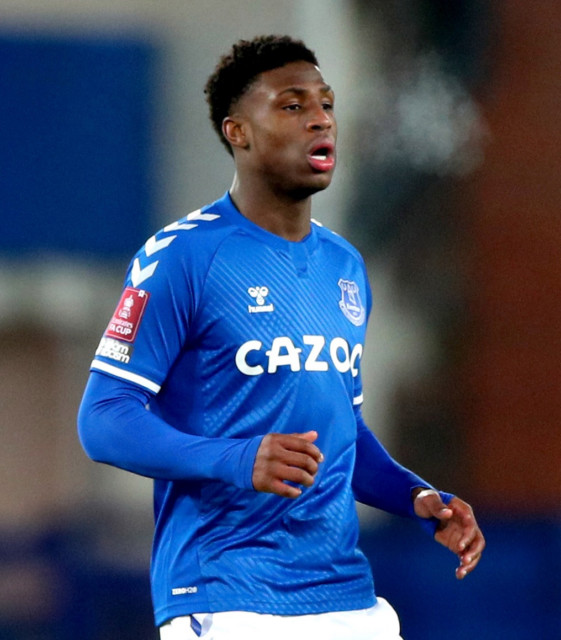 At the age of just 16 years and 176 days old, Small made his debut for Everton 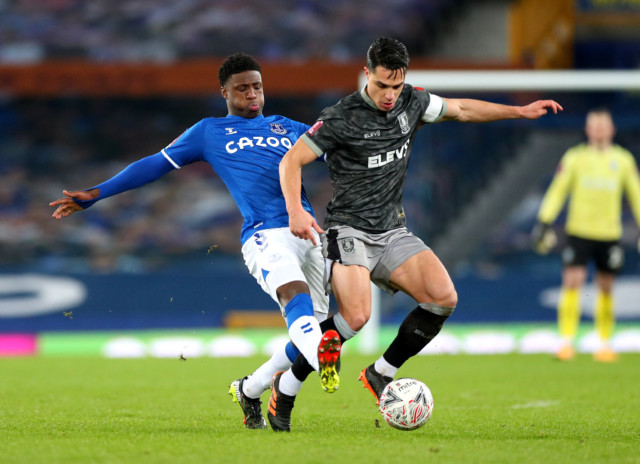 “Hopefully there will be many more opportunities but I have to keep working hard on the training pitch.

“That is where I can keep improving and the most important thing is to be consistent.”

Now, with the help of Ralph Hasenhüttl and uncle Bryan expect Thierry to fly – just like he does down that left flank.