‘This is how you do it, Jorginho’ – Watch Fabinho brilliantly show Chelsea star how to control ball after Man Utd error
Advertisement 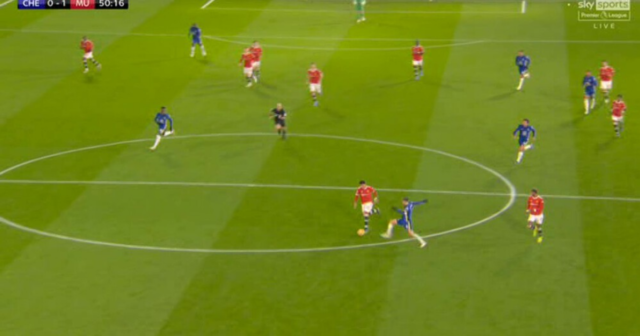 JORGINHO gave away a goal against Manchester United due to a terrible touch a week after Fabinho showed how it should be done.

United cleared from a corner and with Jorginho under pressure from a high ball, the Italian lost control of the ball and Jadon Sancho pounced to open the scoring.

Last week, Fabinho was placed in an identical scenario against Arsenal, but with only Pierre-Emerick Aubameyang closing him down.

But the Brazilian was the epitome of composure as he brought the ball down and played a pass back to Alisson.

Tactical Times have mocked Jorginho on Twitter using a clip of the Liverpool star.

The tweet read: “Jorginho, this is how you do it.”

Fans on social media loved the ribbing, with one saying: “He (Jorginho) doesn’t have the capacity.”

Another added: “Just the perfect lesson.”

One angry Chelsea fan responded: “It’s a good job your greatest player of all time never made a mistake that cost you a league title hey!”

After the match Thomas Tuchel defended his player, claiming Jorginho was blinded by the floodlights.

The bad touch was a rare mistake from the Italian who has been almost faultless this year.

Jorginho has been nominated for the Ballon d’Or but leaks suggest Lionel Messi is set to win his seventh title.