Thomas Partey vs Matteo Guendouzi: Arsenal in talks over swap transfer… but how do the midfielders REALLY compare?
Advertisement 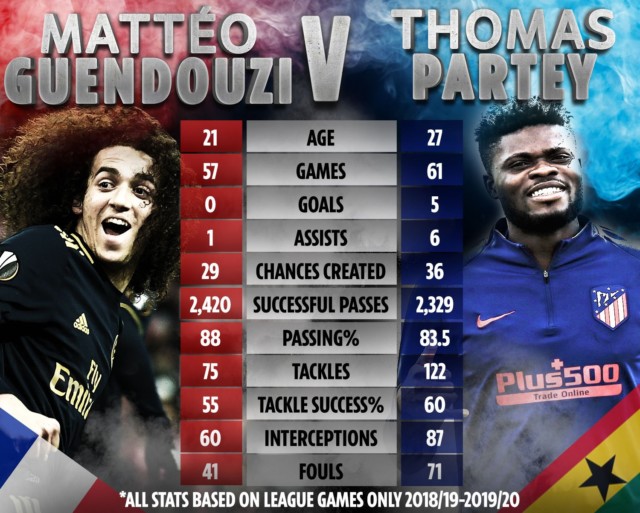 The Gunners ace, 21, has been making headlines in recent weeks.

How do Guendouzi and Partey compare statistically? 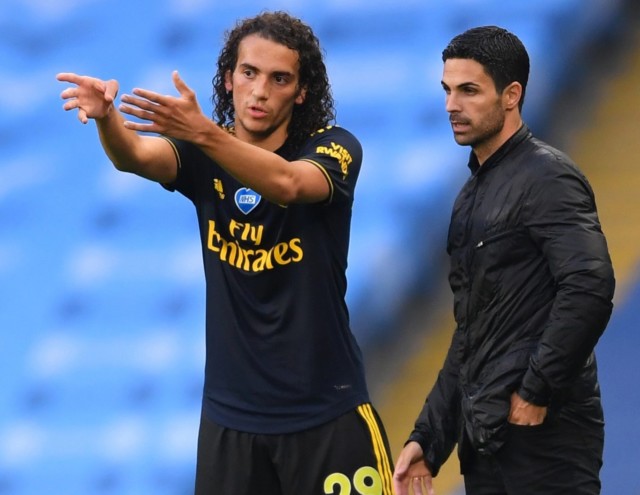 Guendouzi grabbed Neal Maupay by the throat after his last-gasp winner for Brighton the weekend before last.

He escaped a retrospective three-match ban, but  Mikel Arteta is now ready to ditch Guendouzi this summer.

Arteta had already been less-than-impressed by the midfielder’s attitude in training during the season – as well as his topless partying in Dubai.

And in a bid to get him off the books, Arteta is keen to take advantage of Atletico Madrid’s interest by lining up a swap deal with Partey.

The midfielder, 27, has been in superb form the LaLiga giants once again this season.

Having spent his whole career at Atleti, Partey could be interested in a new chapter.

But would bringing in Partey be a good move for the Gunners? We take a look at the tale of the tape…

For starters, Guendouzi has an obvious advantage being six years Partey’s junior – still with his best years ahead of him.

However, you could argue the Ghanaian ace is entering his prime years – and with Arsenal wildly underwhelming this season, they could use an instant star.

In league football across the past two seasons, Partey has played just six more matches than Guendouzi.

Despite that, his attacking stats are infinitely superior – scoring five times and adding six assists.

Passing-wise, Guendouzi takes the win, though – with a superb 88 per cent success rate, to Partey’s 83.5 per cent.

But, Partey has completed more tackles and at a better success-rate, at that.

Partey has also racked up more interceptions – but his eager nature has also led to him giving away nearly twice as many free-kicks. 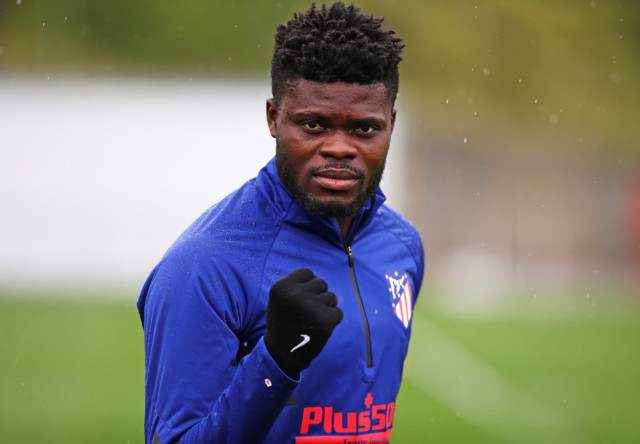 Partey has been strongly linked with a move to Arsenal

In conclusion, the results are fairly clear: Partey is more active defensively and more dynamic and dangerous in attack.

But with Partey, Arsenal would be better-equipped for a run at qualifying for the Champions League next season – and that’s surely the goal for Arteta.