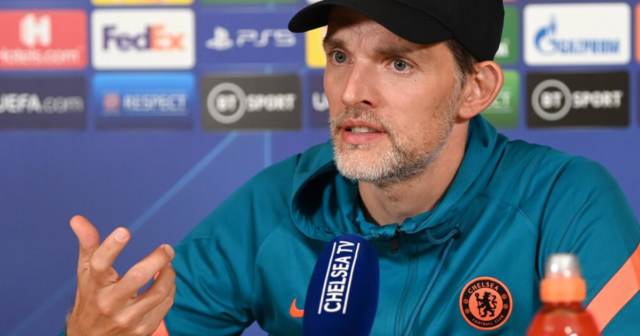 THOMAS TUCHEL believes having too many games are wiping the smile off his players’ faces.

And the Chelsea boss claims record £97.5million signing Romelu Lukaku is ‘mentally tired’ and has been ‘overplayed’.

The Blues sit top of the Premier League but boss Tuchel can see tiredness in their eyes as they gear up for yet another big occasion.

His cosmopolitan squad is still recuperating from the last international break whilst preparing to face Malmo in the Champions League.

“If you travel through time zones and are in a hotel and then change hotels, it is easily said.

“Then you have one day at home with your family then you play at Brentford and the next one is the Champions League, it can be tiring.

“I am a big, big fan of quality and quality players need to be in shape because the spectators want to see the best players in the best shape.

“There is simply too much football and too many different competitions.”

The £97.5million Belgian striker has not scored for Chelsea in six games.

Tuchel said: “I feel Romelu is a bit overplayed. He played in too many competitions over the summer with his country.

“He played the Nations League and he is a fantastic athlete and such a competitive guy that he never takes it easy. He wants to be out there and win.

“He wanted to have a good outcome for the European Championship with Belgium and now in the Nations League it was a huge match for him, it meant a lot personally to play for his country so he takes it seriously.

“If that does not work well he always puts it on his shoulders. He reflects about it and I feel him mentally tired.”

Winger Christian Pulisic is the only injury absence with defender Antonio Rudgier now recovered from a knock sustained while playing for Germany last week.

Tuchel won the Uefa Coach of the Year award for winning the Champions League last season but has no time for individual gongs to the extent that he has no idea where the trophy is.

“I love my work on an everyday basis and that does not change if I get a trophy or not.

“I am very grateful to get it, it’s unbelievable to have this but I will not change my opinion.”