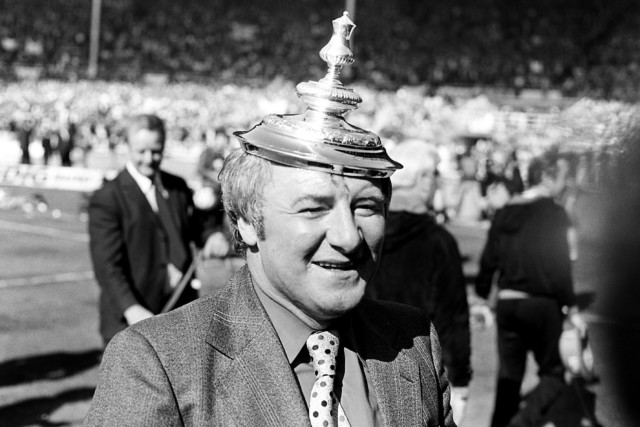 TOMMY DOCHERTY was the king of the one-liners.

He could have done stand-up comedy standing on his head.

And on his head, that sunny day at Wembley on May 21, 1977, sat the lid of the FA Cup trophy as he gambolled around the pitch at the scene of his greatest triumph.

That meant the great rivals from Anfield could not go on to win a historic treble of the title, European Cup and the world’s oldest knockout competition.

The ultimate irony is that 22 years on Sir Alex Ferguson would claim that triple triumph for himself but were it not for Docherty’s inspiration, that might not have happened.

Yet just 44 days after victory over Bob Paisley’s brilliant side The Doc was out.

Complete with black eye he had held a news conference to confess that yes, he had been having an affair with Mary Brown, the wife of club physio Laurie.

Sir Matt Busby, the father of Old Trafford, then ruled that the actions of a married man of four were a moral slur on the club and that he had to go.

It had been Busby who lured him from his job as manager of Scotland five years earlier.

But Docherty was sacked on Sir Matt’s say-so, the affair too salacious and sensational for him to turn a blind eye to.

That departure would promote the only one-liner ever from the rumbustious manager from the infamous Gorbals of Glasgow that was neither funny nor bitingly cynical.

It was just sad and poignant – “I must be the only man to lose his job for falling in love.”

The saddest part of all is that the triumph over Liverpool had confirmed that he was building a team for the ages.

To his great personal humiliation – something he never, ever felt over his love for Mary – he took United down into the Second Division in 1974, Denis Law back-heel and all. 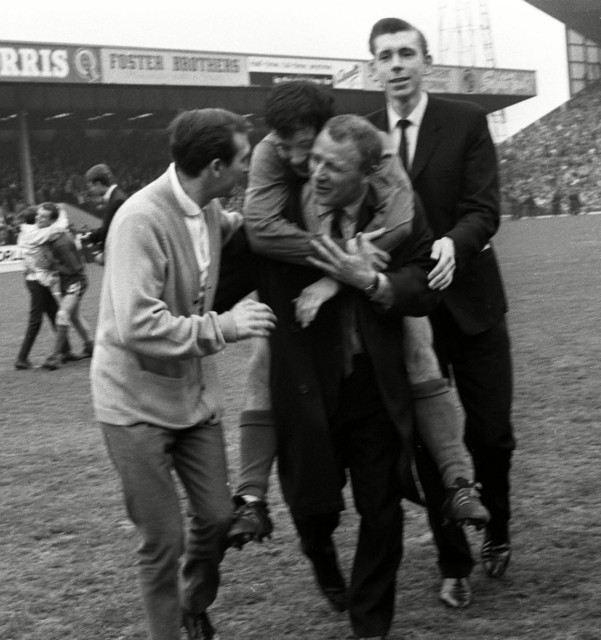 One season later United were back, just like their manager larger than life, as Gordon Hill and Steve Coppell flew up and down the wings.

There were plans to buy England goalkeeper Peter Shilton and the brilliant, off-the-cuff playmaking talents of Tony Currie.

Docherty was on the point of creating a team that might rival the great Liverpool for not just one day at Wembley, but for years to come.

Perhaps one that could even repeat Busby’s 1968 success as manager of the first English club to win the European Cup.

Hindsight suggests that The Doc could have been so successful for so long that Fergie might never have been called upon.

Yet all of that was obliterated, Old Trafford history distorted before it had really begun, because of his fall from grace. 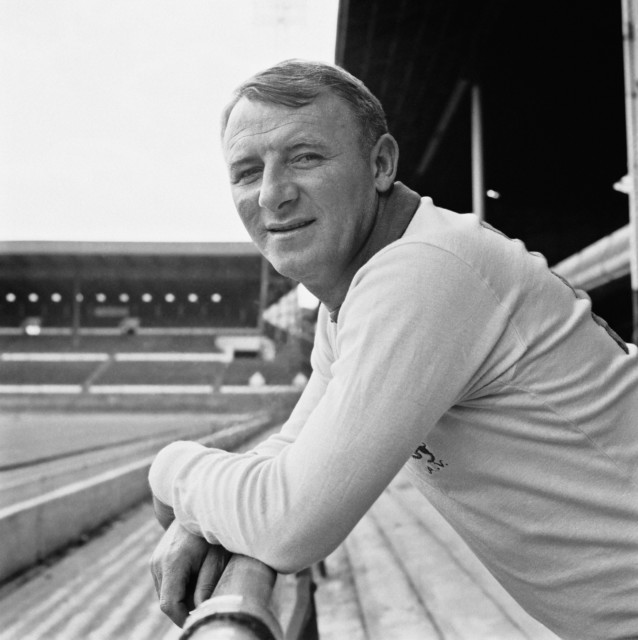 Of course hindsight is 2020 but The Doc had already produced a vision of how he could transform teams long before he turned grey into day by succeeding the ultra-boring Frank O’Farrell.

At Chelsea, in his first job as a manager starting in 1961, he created the Docherty Diamonds during a tumultuous six years.

At the same time he also brought the Gorbals to the West End as he fought with everybody, from chairmen to players, journalists, referees, football authorities.

He was the Special One long, long before Jose Mourinho – and he even bossed Porto.

Docherty began his football career at Shettleston Juniors and went on to Celtic before playing alongside Sir Tom Finney at Preston then Arsenal and Chelsea. 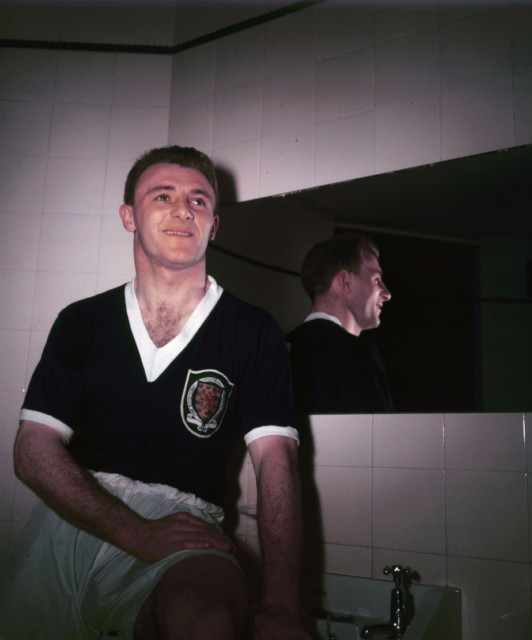 As a wing half he gained 25 caps for Scotland and the national team he left behind as manager to join United contained Sir Kenny Dalglish, Billy Bremner, Lou Macari and Jimmy Johnstone.

He played for his country in the 1958 World Cup finals and the Tartan Army were predicted to do very well come 1974.

Docherty created his own life tapestry and sometimes it wasn’t so rich.

After he left Chelsea he became manager of Rotherham then moved on to QPR where he lasted 29 days.

He became the first manager of the regime of “Deadly Doug Ellis at Aston Villa in December 1968 and was sacked 13 months later with the club bottom of the Second Division.

There were three spells in Australia, two years at Derby County, a short time in charge of Preston, and 16 months at Mourinho’s first club, from 1971.

After his third job in Oz he joined Wolves just after relegation from the First Division in 1984 but was sacked within a year with the Molineux club heading ever further downwards.

He ended up in charge of non-league Altrincham for a season before retiring at the end of the 1987-88 season. 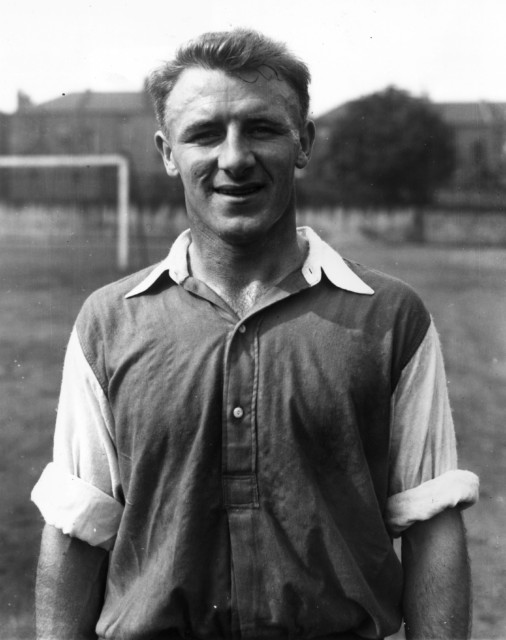 It was a quiet end to a career that might never have taken place had he not survived a year on National Service with the Highland Light Infantry.

He did get to play for the British Army but a lot of that time before he was de-mobbed and joined Celtic in 1947 was spent dodging bullets and bombs in Palestine.

Docherty’s career should have been defined by the way he turned the Theatre of Dreams into a place of standing ovations by the United faithful.

They packed the place out watching exhilarating, pacey, ground – breaking football that first got bums on seats then got them off again come kick – off.

Instead there was his love of Mary.

It endured to the moment he finally said goodbye to the lady who gave him two daughters and who always worked quietly to help him try to forgive United for sacking him.

He never quite managed to do so.

But the club that once charged him £88 when he requested two match day tickets for Old Trafford should surely not forget him.

For Thomas Henderson Docherty was just what the doctor ordered when he strode through the doors in 1972.

The medicine he dispensed was not only exactly the right remedy for a club that had been ailing for years – it gave United new lease of life. 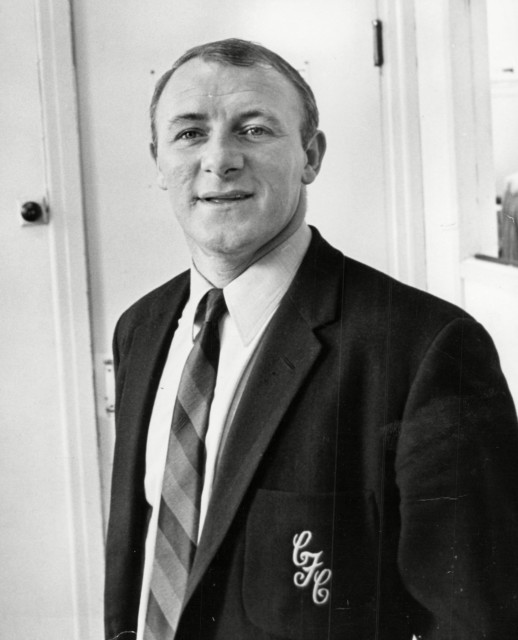