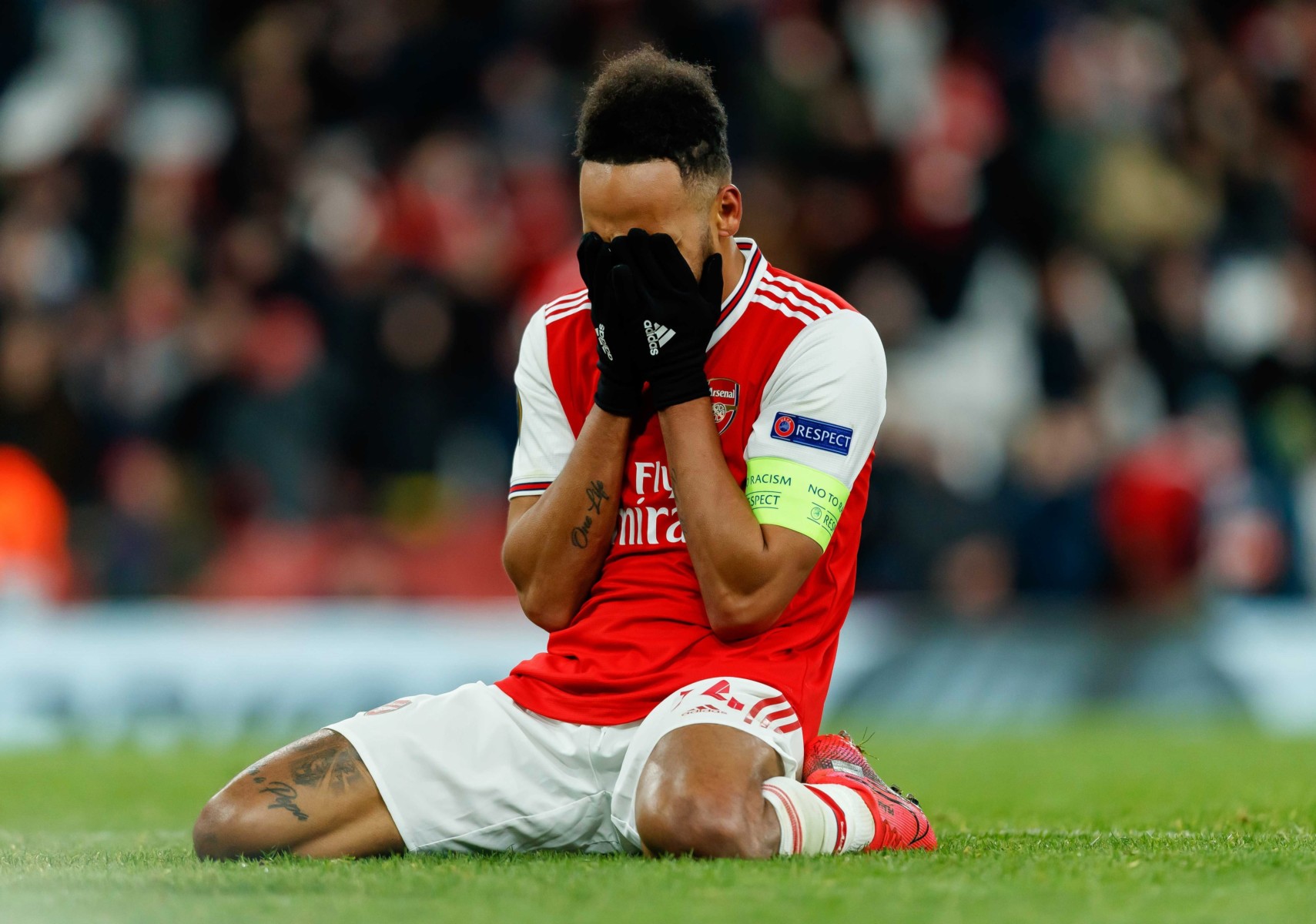 TOOTHLESS Arsenal set an unwanted club record on Thursday night after failing to progress from a European tie having previously won the first leg.

The Gunners were stunned by Olympiacos in the 119th minute of their Europa League last-32 second leg.

Leading 1-0 from the first leg in Greece, Pape Abou Cisse scored in the second half to force the tie into extra-time at the Emirates.

Pierre-Emerick Aubameyang scored an 113th-minute overhead kick to appear to secure Arsenal their route into the last-16.

But Youssef El Arabi prodded home a goal in the penultimate minute of extra-time to steal a famous win for the Greek giants – and see Arsenal dumped out of the Europa League.

In losing the two-legged tie, Mikel Arteta has now overseen a very unwanted record in the club’s history.

In 18 previous attempts, the Gunners had NEVER crashed out of a European tie having won the first leg.

But in losing at the Emirates, they have now seen that streak snapped in the most-dramatic of fashions.

The loss was also Arsenal’s first defeat of 2020, having previously gone unbeaten this calendar year as Arteta finally began to make his mark on the North Londoners.

Having crashed out of the Europa League, last year’s losing finalists will now be forced to break into the top five if they are to have any chance of breaking back into the Champions League.

They would usually need to finish in the top four, but thanks to Manchester City having been banned from European competition for two years due to Financial Fair Play breaches, they have been given a lifeline.

But they are just four points behind fifth-placed Manchester United with the European spots very much up for grabs.