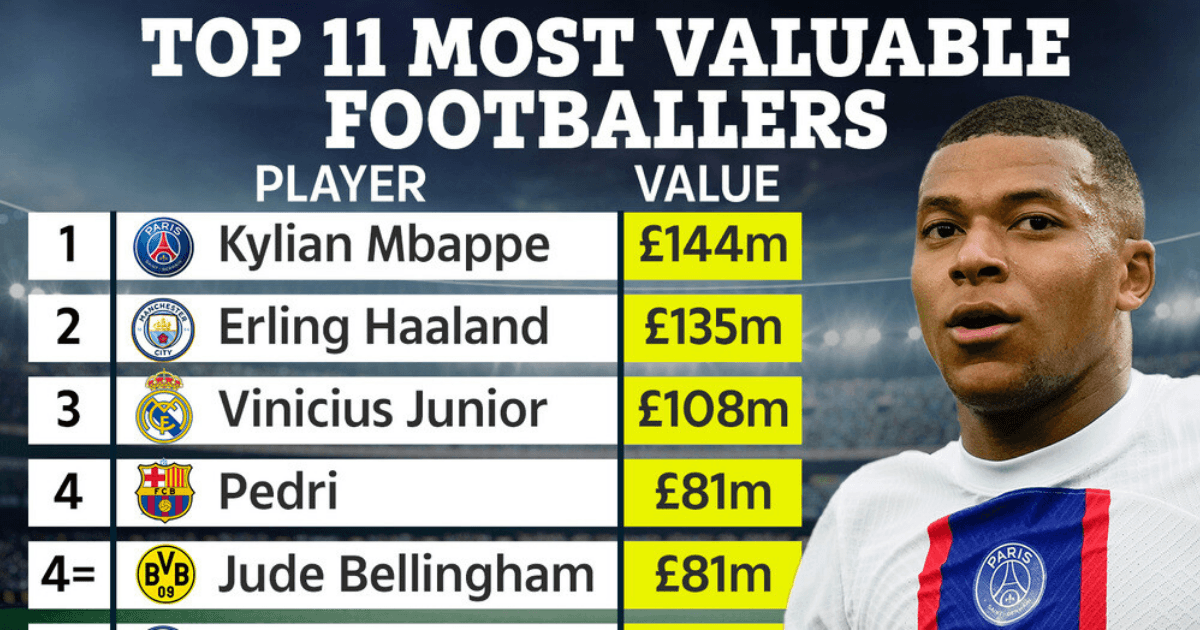 KYLIAN MBAPPE is the most valuable footballer in the world – but six of the top 11 are Premier League stars.

And that includes three from Manchester City who dominate the list.

Erling Haaland must settle for being the second most valuable footballer

According to Transfermarkt, Mbappe is worth a whopping £144million.

The 23-year-old World Cup winner is one of the best players in world football, looks destined to win the Ballon d’Or and signed a whopping £500m contract with PSG in May.

That not only tied him down at the Parc des Princes until 2025 but also means he now earns £1.6m per week after tax on top of a £250m bonus.

Mbappe pips new rival Erling Haaland at the top of the pile, with the in-form striker said to be worth £135m.

That figure makes his £51m transfer from Borussia Dortmund to City this summer look an absolute bargain – especially after 14 goals in nine matches so far.

Vinicius Junior, fresh from the winning goal in the Champions League final, is the third player worth more than £100m – with the Brazilian winger coming in at £108.

Three central midfielders, including 19-year-old pair Pedri and Jude Bellingham as well as relative veteran Phil Foden, 22, are all worth £81m.

Big things are expected by the trio with Foden and Bellingham both on course to start for England at the World Cup.

They are joined by Premier League goalscorers Mo Salah and Harry Kane on £81m.

Juventus striker Dusan Vlahovic weighs in with a £77m valuation.

That ties him with Manchester United playmaker Bruno Fernandes and his Manchester City rival Kevin de Bruyne to complete the top 11.

A further NINE players are all worth £72m including Aurelien Tchouameni, Declan Rice and Trent Alexander-Arnold.

That makes the Liverpool man the most valuable defender in world football, with the Transfermarkt calculations taking into account age, performances, potential and contract length.

And the No1 goalkeeper is £45m-rated Real Madrid and Belgium stopper Thibaut Courtois. 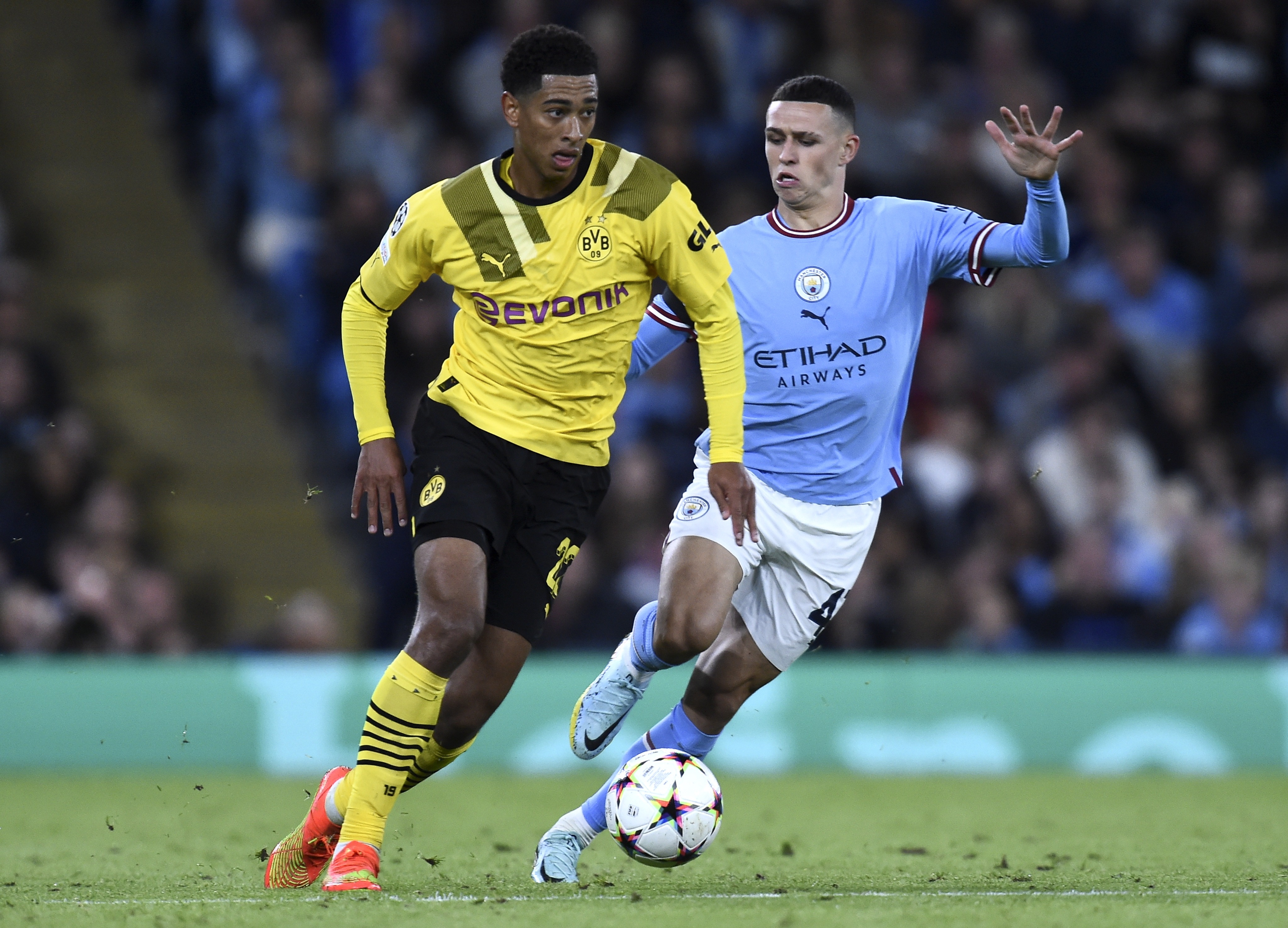 Jude Bellingham and Phil Foden are both worth £81m 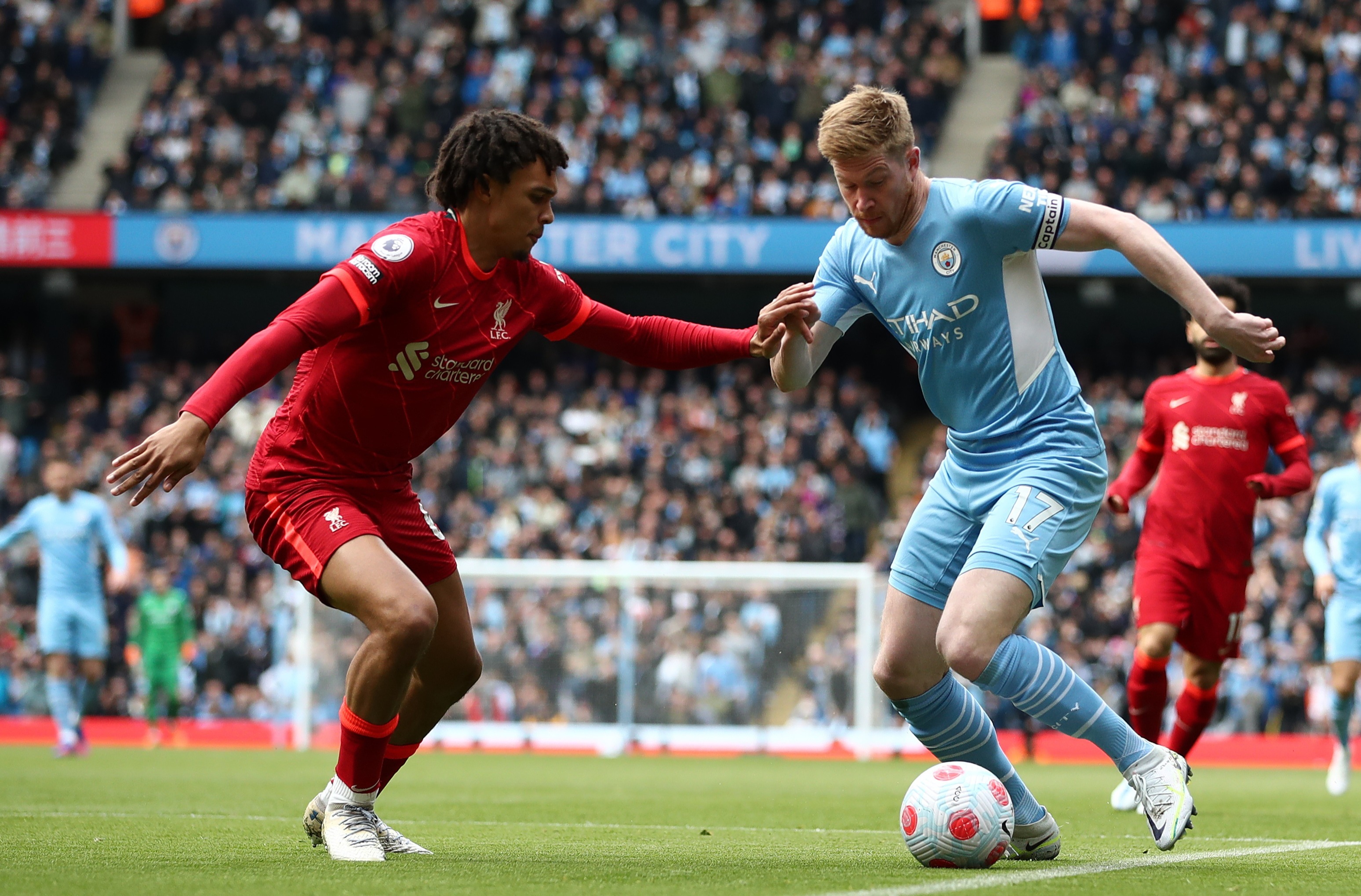