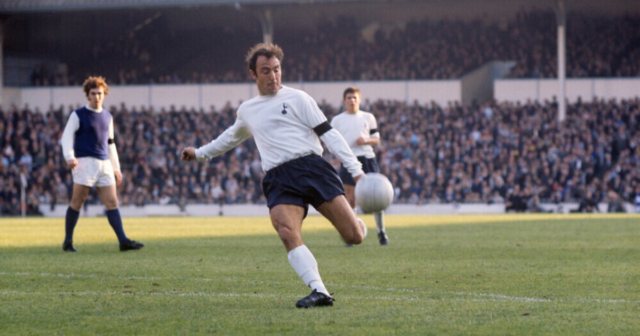 The 1966 World Cup winner has died at the age of 81, with tributes pouring in for the ex-AC Milan striker.

And he will be honoured during all three of Sunday’s Premier League fixtures.

BBC Sport reporter Simon Stone has declared that West Ham and Manchester United will wear black armbands for their clash.

The two teams will also hold a minute’s applause for Greaves, who won the FA Cup twice with Spurs.

Nuno Espirito Santo’s side will also wear black armbands to show their respect for the club’s all-time top goalscorer.

Football.London have stated how Chelsea will also don black armbands for the away encounter at Tottenham.

Both clubs will hold a minute’s silence prior to the 4.30pm kick-off.

And Brighton and Leicester will also honour Greaves at the Amex Stadium.

The Seagulls released a statement on their website which read: “Players, staff and fans of both clubs will join in a minute’s applause ahead of this afternoon’s match at the Amex to remember the striker.”

England boss Gareth Southgate has declared that the Three Lions will pay tribute to Greaves in next month’s clash against Hungary.

He said: “Jimmy Greaves was someone who was admired by all who love football, regardless of club allegiances.

“I was privileged to be able to meet Jimmy’s family last year at Tottenham Hotspur as the club marked his 80th birthday.

“My thoughts are with them and I know the entire game will mourn his passing.

“Jimmy certainly deserves inclusion in any list of England’s best players, given his status as one of our greatest goalscorers and his part in our 1966 World Cup success.

“We will pay tribute to his memory at our home match with Hungary at Wembley Stadium next month. His place in our history will never be forgotten.”