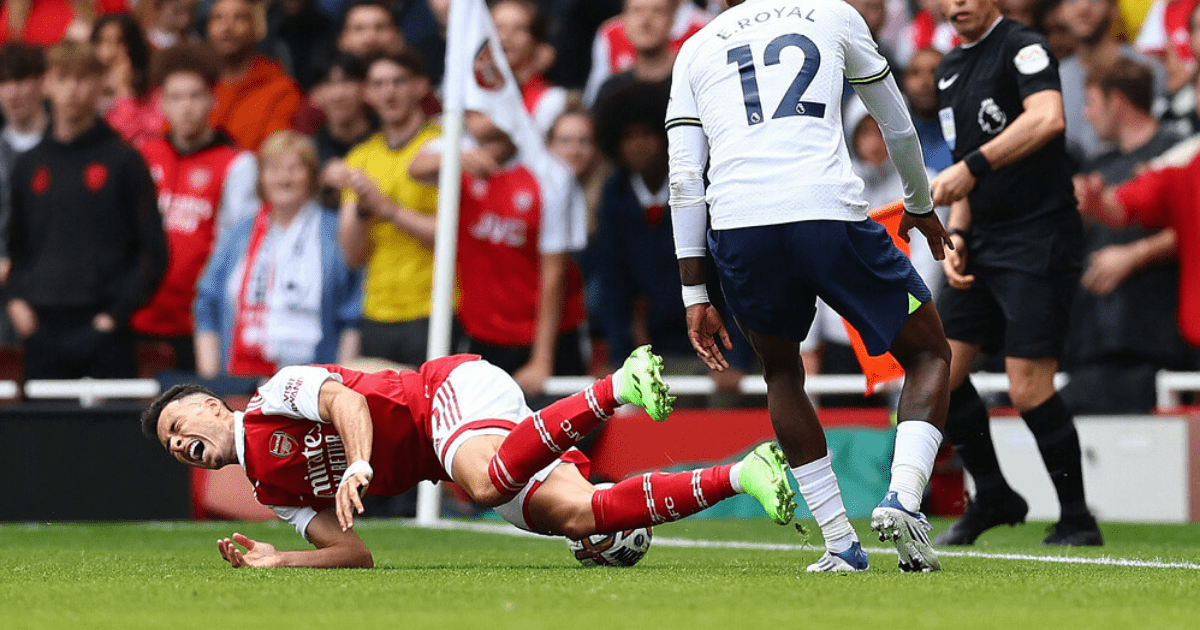 EMERSON ROYAL was shown red for a horror tackle on Gabriel Martinelli.

The wing-back stamped his studs into Martinelli to leave Tottenham both a goal and man down in the North London derby.

Emerson Royal left Spurs with a man down 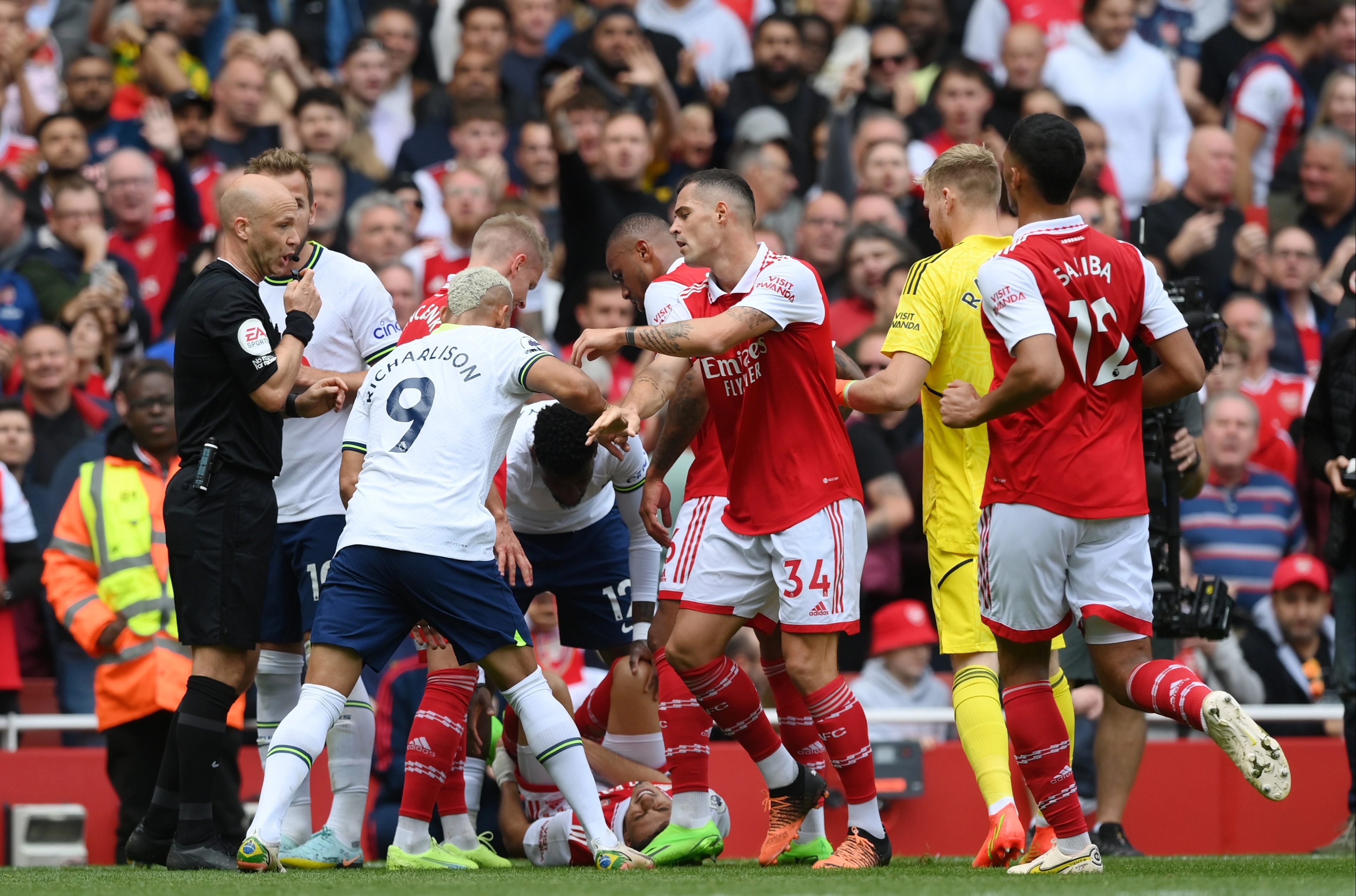 Emerson was chasing the Arsenal forward down the left wing but timed his tackle terribly and his challenge was deemed reckless.

He was shown red immediately which sparked a clash between the two sides.

Antonio Conte’s side started the game behind following a first-half stunner by Thomas Partey.

But Harry Kane equalised from the spot as the game was level heading into the break.

Although Gabriel Jesus restored Arsenal’s lead four minutes into the second 45 as the Brazilian followed up from a mistake from Hugo Lloris.

The French keeper let the ball slip under his body, with Jesus on hand to tap in.

Did you miss our previous article…
https://www.sportingexcitement.com/football/premier-league/mesut-ozil-will-undergo-surgery-to-finally-ease-pain-in-back-with-ex-arsenal-star-set-for-lengthy-spell-out/

Advertisement. Scroll to continue reading.
In this article:emersonroyal, gabrielmartinelli, redcard