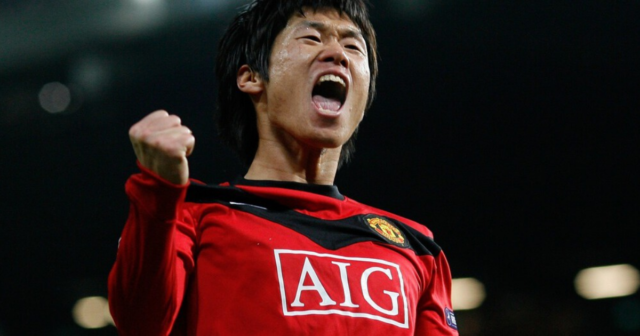 TOTTENHAM star Son Heung-min has admitted he was a Manchester United fan as a kid thanks to South Korean icon Park Ji-sung.

Park, now 40, played more than 200 games for the Red Devils between 2005 and 2012 to help Sir Alex Ferguson’s side achieve considerable success.

When asked by Pro:Direct who he supported as a youngster, Son, 29, revealed: “Manchester United because obviously Ji-sung was playing.

“He offered to the players from South Korea [the way to play], he gave us hope and the opportunity.

“It’s not easy, you know, he was the first one that played in the Premier League. So I was supporting United, but I can’t now!”

Park was an integral part of Fergie’s last great Man Utd team, winning four Prem titles and the Champions League in 2008, among other trophies.

He also helped South Korea reach the semi-finals of the World Cup in 2002 on home soil – their best performance in the competition to date.

As well as Man Utd, Park played for Japanese side Kyoto Purple Sanga, Queens Park Rangers and PSV Eindhoven during his illustrious career.

Like Park, Son is widely regarded as the greatest South Korean player of his generation but is yet to emulate his incredible success at club level.

The forward has won plenty of individual honours but hasn’t lifted a major trophy with Hamburg, Bayer Leverkusen or current side Tottenham.

Son certainly believes he can win silverware at Spurs after signing a new four-year deal to stay at the North London club in July.

His decision was slammed by ex-Tottenham star Danny Murphy, who’s questioned his desire to lift trophies.

Son missed the team’s recent 3-0 defeat to Crystal Palace with a calf injury and is in a race to be fit for their next game against Chelsea on Sunday.