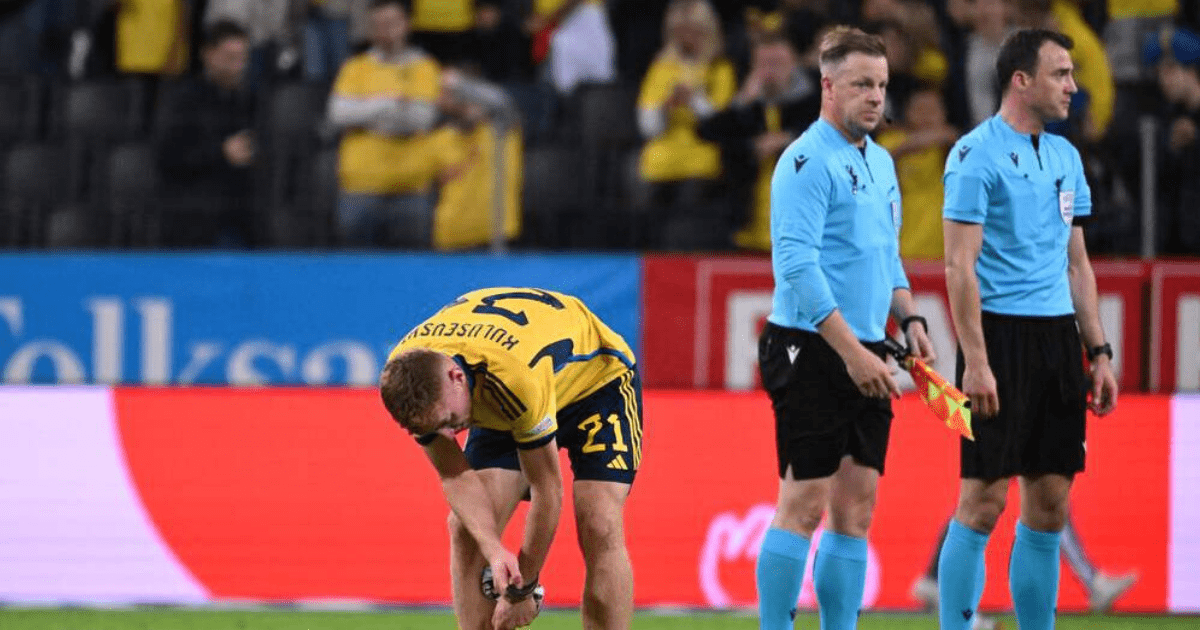 DEJAN KULUSEVSKI is suffering with a hamstring injury in a major blow for Tottenham ahead of Saturday’s North London derby.

The Swede started both games as his country took on Serbia and Slovenia during the international break.

Dejan Kulusevski has suffered a hamstring issue on international duty

He was able to complete the full 90 minutes in both matches, but has returned to Hotspur Way with a hamstring issue.

Kulusevski, 22, is now a major doubt to be fit enough to play against Arsenal this weekend.

According to The Athletic, Spurs doctors are closely monitoring the situation.

The Juventus loanee, who is set to sign permanently for £31million in the summer, has been in great form this season, scoring one and assisting three in six Prem starts.

He was recently dropped to the bench for three consecutive games in all competitions, with Richarlison taking his place.

On leaving Kulusevski out, boss Antonio Conte said: “I don’t like to give explanations to my players because otherwise in every game I have to speak to one or another one and another one.

“But I spoke with Deki because after three times in a row that you go on the bench, I think that he deserved to feel that my trust, my confidence, was like always.”

The Spurs fan favourite returned to the starting XI for his side’s 6-2 victory over Leicester last time out, setting up Harry Kane in the process.

In better news for Tottenham, Kane, Son Heung-min and Richarlison all scored for their respective nations during the international break.

Spurs will be hoping to have Hugo Lloris and Ben Davies available, with the pair having both been nursing issues of their own during the last fortnight.

Arsenal, meanwhile, are set to be bolstered by the returns of four key players.

The Gunners are hopeful that Kieran Tierney, Thomas Partey, Oleksandr Zinchenko and Takehiro Tomiyasu will be available, according to football.london.

Spurs will be desperate to have Kulusevski available